LeBron James says he won’t be able to enjoy ‘closure’ on the Los Angeles Lakers’ superb season if it is unable to be completed.

The Lakers were in stunning form throughout the season that was halted by coronavirus on March 11.

With 19 games until the play-offs, the club had easily the best win-loss record in the Western Conference, at 49-14. 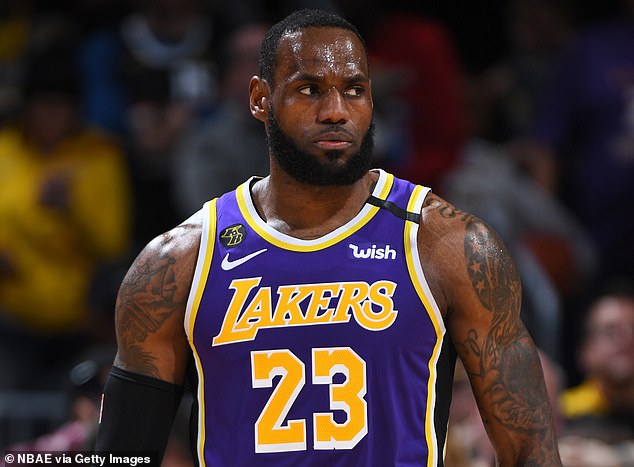 They led the second-placed LA Clippers by 5.5 games and were steaming towards their first play-off appearance since 2013.

In a conference call with reporters, James said while he could be proud of the Lakers’ performances this season, he would still feel less than fulfilled if the season cannot be completed.

‘I can have some satisfaction on what our team has been able to do this year (with) a first-year coach, first-year system, a whole new coaching staff, bringing on so many new pieces to our team this year,’ James was quoted as saying by Sports Illustrated. 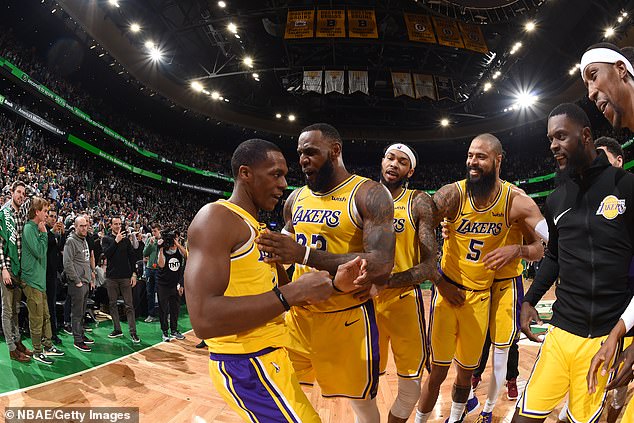 ‘(But) I don’t think I’ll be able to have any closure if we do not have an opportunity to finish this season.’

James said he did not think the Lakers would gel as well or as quickly as they did this season, ‘just having so many new pieces (and) bringing in Anthony (Davis)’ from New Orleans.

‘I thought it would take us a lot longer than it did, but I was wrong,’ James said. ‘I was very wrong about that.’

James said he had been spending his time at home during the coronavirus outbreak playing basketball with his teenage sons, enjoying time with his young daughter, and binge-watching Netflix hit Tiger King with his wife.

NBA Commissioner Adam Silver said earlier this week he did not expect the league to be able to make any decisions about its immediate future until at least May.