The Last Dance: Why the Michael Jordan and Chicago Bulls documentary has everyone talking

Sorry Joe Exotic, we have a new obsession.

Taking us back to the 1990s is the ESPN and Netflix documentary The Last Dance on Michael Jordan’s all-conquering Chicago Bulls and their hunt for a sixth NBA title in the 1997-98 season with never-seen-before footage.

It has reportedly overtaken Tiger King as the world’s most in-demand documentary.

The obsession may be in part symptomatic of the sad absence of actual, live sport in our lives right now.

But it’s also probably got something to do with the fact that this series gives a fascinating insight into one of the world’s most elite sports outfits and, in Jordan, one of the most iconic athletes.

Jordan had to work for it

We know Jordan now as basketball’s GOAT, but he had to work for it.

Firstly, he wasn’t even the best player in his family growing up – with childhood battles against his brother Larry. It was also his dad’s tough-love attitude that motivated him to work hard.

“If you want to bring out the best in Michael, tell him he can’t do something,” says his father, James.

At the University of North Carolina, he didn’t make the varsity team in his sophomore year, but that only drove him more. North Carolina’s former assistant coach Roy Williams says that Jordan told him, “I’m going to show you – nobody will ever work as hard as I work.”

One story from his second season with the Bulls illustrates his work ethic. After being named NBA Rookie of the Year for the 1984-85 season, Jordan broke his foot. Frustrated with being sidelined, he bargained to return to college and there, unbeknown to team management, built himself up to playing five on five.

The team doctor told him he had a 10% chance of ending his career if he played on, but Jordan pleaded so hard that, eventually, management allowed him to play for seven minutes per game, which he used to drag a fairly mediocre team to the play-offs.

It took Jordan years to feel like he was accepted in the same league as NBA legends Magic Johnson and Larry Bird, for being part of a successful team.

In 1991, Jordan’s Bulls finally overcame their nemesis, the Detroit Pistons, in the Eastern Conference Finals and went on to win the NBA Championship that year against Johnson’s LA Lakers.

Johnson says Jordan “put his arms around me and just started crying”. 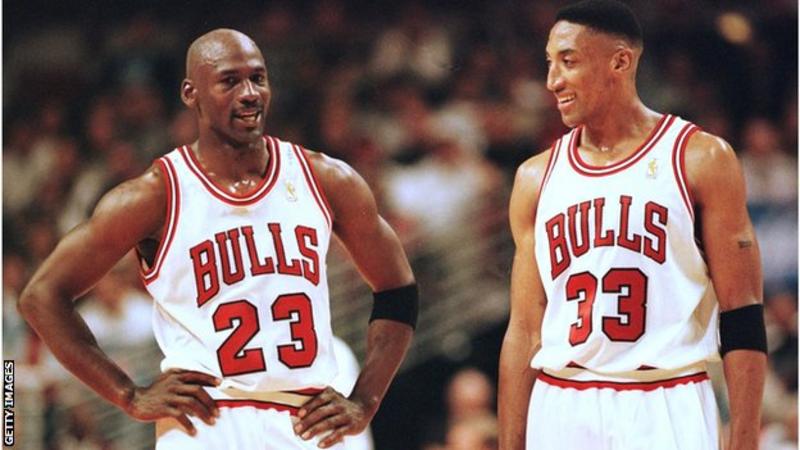 Scottie Pippen was the world’s best number two in basketball, a behemoth of the game and proud owner of a treacly smooth baritone.

“Whenever people speak Michael Jordan, they should speak Pippen too,” says Jordan. “I consider him my best ever team-mate.”

One subplot of the series is how badly he got rinsed with his contract, compared to other players.

In episode two, we learn that, during the 1997-98 season, he was ranked second for the Bulls in scores, rebounds and minutes played and first for assists, yet only sixth in terms of salary.

He was also 122nd in the NBA salary list at the time.

One of 12 kids, from a poor background in Hamburg, Arkansas, he describes signing up to a $18m long-term deal in 1991 for security.

“I felt like I couldn’t afford to gamble myself getting injured and not being able to provide,” he says. “I needed to make sure that people in my corner were taken care of.”

Inevitably, it leads to a bit of bad blood in 1997-98 with then Bulls general manager Jerry Krause when he has surgery and says he will never play for the Bulls again. In the end he returned. 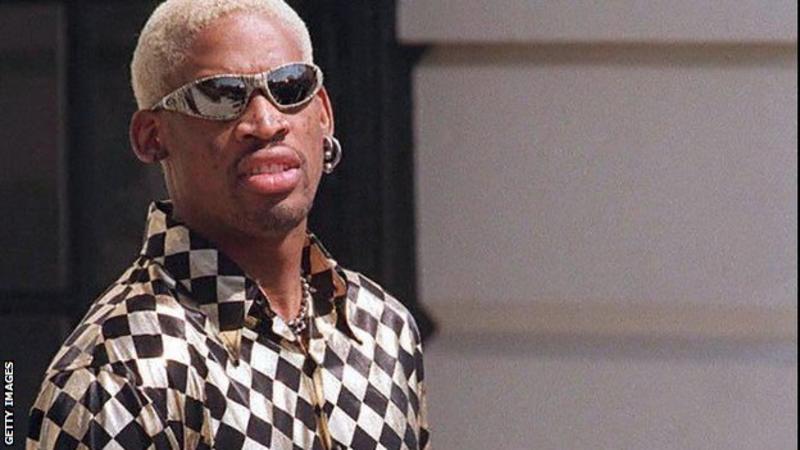 You may know Dennis Rodman more recently for his work with, yes, North Korea.

Back in the ’90s he was the ‘bad boy’ of basketball, famous for his colourful hairstyles, wacky outfits and relationship with Madonna, as much as his rebounding abilities on the court.

And as we learn on The Last Dance, sometimes he just needs a vacation. It’s also probably best to plan in a contingency around the fact that he may not come back when you ask him to.

There’s an incredible bit in episode three where Rodman asks for a holiday, mid-season. Pippen has been out for a chunk of the season and Rodman has been back-filling.

Jordan say: “While Scottie was out, Dennis was a model citizen, up to a point where it was driving him insane, so, when Scottie came back, Dennis wanted to take a vacation.”

What ensues is a bender of 6ft-plus proportions, with Rodman riding off into the night on the back of a motorbike to party with then-girlfriend Carmen Electra. Needless to say, he’s not back within 48 hours.

Jordan describes waking him up, but he won’t say “who” or “what” was in his bed.

His former team-mates and coach seem to agree that, in order to get the best out of Rodman, you had to give him a long lead.

As former coach Chuck Daly says, “you don’t put a saddle on a Mustang”.

Five-time champion Rodman certainly knew his importance to the Bulls: “I love Michael Jordan to death. I love Scottie Pippen, all these guys. But they really don’t do the things that I do.”

Coach Phil Jackson is a mood 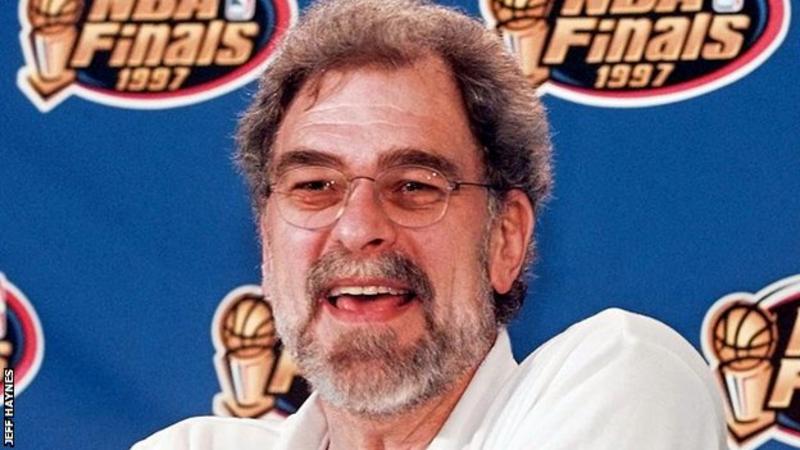 Coach Phil Jackson, who steered the Bulls through all those successes, is, like Rodman, a bit of a maverick himself. In fact, he wrote the book on being a maverick. Literally.

Maverick, the book, by Jackson and Charles Rosen, released in 1975, describes, among other things, a young Jackson’s experiments with taking acid and coming to think that he was a lion, “roaring up and down the beach in LA”.

Jackson describes Rodman as a “Heyoka” or “backward-walking person”, described in Native American culture as a contrarian who moves and reacts in an opposite way to people around him.

With another six episodes to go, we can’t wait for the rest of the series.