Tyson Fury would ‘easily beat’ Anthony Joshua, according to former world champion Amir Khan. Fury and AJ have been tipped to fight at the end of the year, providing they win their next fights and the coronavirus pandemic dies down.

Wilder was knocked down twice before his corner threw the towel in during the seventh round of the fight.

Joshua owns the other three belts in the heavyweight division, the WBA, WBO and IBF straps.

JUST IN: Anthony Joshua was ‘happy’ Tyson Fury beat Wilder for one reason 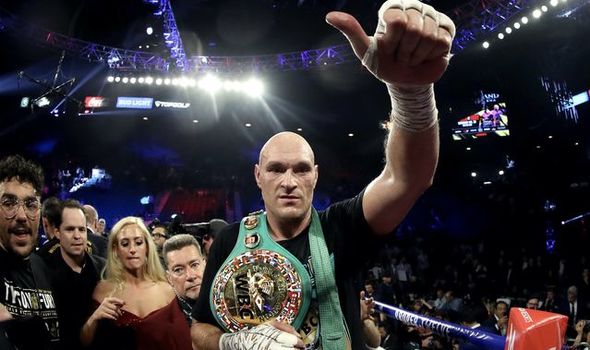 A huge undisputed world heavyweight title fight between the two Brit stars has been backed to the place later this year.

But the coronavirus crisis, as well as the Wilder rematch for Fury and Joshua’s mandatory match-up with Kubrat Pulev, are putting those plans off.

But Khan thinks that if the two were to ever fight, it would be an easy night’s work for Fury.

“My opinion, and I’ve always said that Tyson Fury is the best heavyweight in the division,” he told FightHype.

“With the skill set he has got, he beats anyone with power.

“What he did to Deontay Wilder, no-one would expect that.

“If that same Fury goes into a fight with Anthony Joshua, it’s always going to be Fury that wins that. 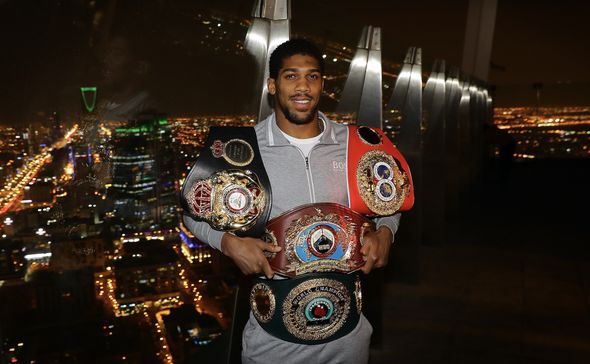 “I still favour him if he gets that fight and I think it will be an easy win for him.

“I feel AJ is more a robotic style, similar to a Frank Bruno style, and he is very strong. If AJ catches you then he’s going to hurt you.

“But we have seen Fury being hit by the hardest hitter, Wilder, being put down and he got back up again.

“All day going into that fight Fury wins. I think he has got everything on his side.”

Joshua is supposed to take on Pulev on June 20 but the fight will likely be pushed back.

Fury, meanwhile, was said to be fighting Wilder again on July 18, but that bout could now take place in October.