Anthony Joshua’s first world title opponent Charles Martin says he is focussed on getting back to the top of the heavyweight division so he can exact revenge on AJ by knocking him out. Joshua knocked Martin out to win his first world title in 2016.

Since then, AJ has gone on to become a two-time unified world champion, with big wins over the likes of Wladimir Klitschko, Joseph Parker and Andy Ruiz Jr.

Martin has bounced back with a few wins since then and most recently fought on the undercard of Tyson Fury vs Deontay Wilder 2, knocking out Gerald Washington.

Martin is trained by Ruiz Jr’s ex-trainer Manny Robles and is trying to drive himself up the IBF heavyweight rankings again. 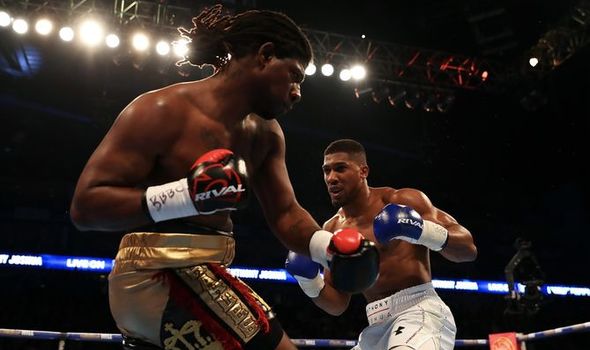 It was the IBF belt AJ won from him back four years ago in London, knocking the American out in the second round.

But now Martin wants to get back at Joshua, who he believes is scared of engaging in a ring-war, following his loss to Ruiz Jr last summer.

“That’s all I’m thinking about [a rematch with Joshua],” Martin told BoxingScene.com.

Mike Tyson would KO Deontay Wilder in ONE MINUTE – ex-trainer

“That’s how it goes when so many people write you off and the world writes you off, and then everybody is criticising you about it.

“It just fuels you more to wanna get the get-back. Climb all the way back up the ladder and face that man that started all that sh*t for you.”

“He was very scared to engage. He didn’t engage at all. He ran, he ran. He boxed, he boxed. He moved, he moved. And that wasn’t even his style. 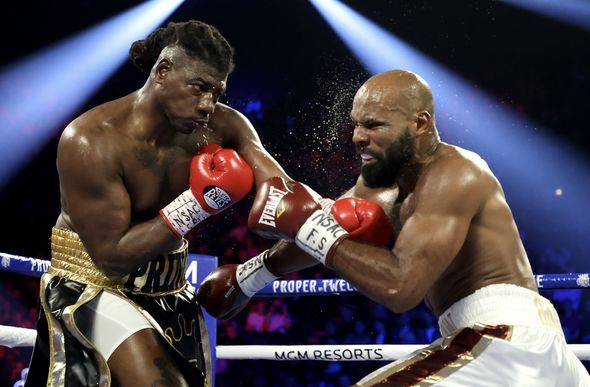 “He lost all that weight and stuff like that because he knew, but I don’t take nothing from him. He’s a good dude, a stand-up guy. But he’s scared to get punched. He’s scared to be in the trenches.

“I know with somebody that can punch, he won’t be the same. He’s gonna be pretty wary.”

Martin swears that when he fought Joshua the first time, he wasn’t himself, and that the loss doesn’t sit right with him.

“Andy got to him before me, but he seems pretty gun-shy. I can’t wait to punch him in his head.”