Anthony Joshua will ‘love’ being the underdog in a potential undisputed world heavyweight title fight with Tyson Fury, according to his promoter Eddie Hearn. Joshua and Fury hold all the belts in the division.

Fury made sure of that after his win over Deontay Wilder in February, when he captured the WBC world title.

Joshua, who possesses the WBA, WBO and IBF belts, could face Fury at the end of the year.

But Fury still has to fight Wilder for a third time while Joshua has a mandatory defence against Kubrat Pulev. 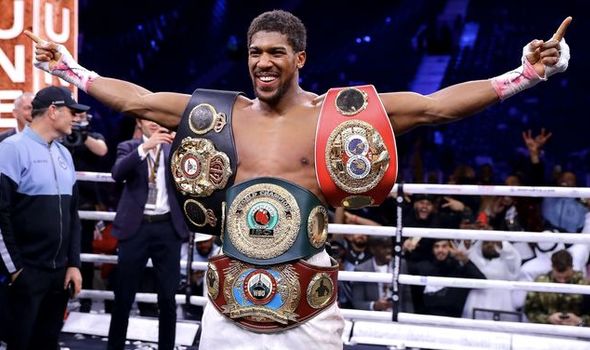 As well as that, the coronavirus pandemic has halted the boxing schedule, with all shows cancelled or postponed until at least the end of June.

Hearn, though, says his client would ‘love’ that.

“Most bookies give Fury the edge,” he told the Evening Standard.

“That’s great for Joshua, as he’s spent his whole career with everyone assuming he would win. Now he’s the underdog — and he loves that.”

Hearn also spoke about how Matchroom will look to assert themselves as the leading promotional company in the world once boxing is back.

“We’ll need flag-bearers to say Britain’s back and you need iconic British events — and Joshua has become an event,” he added. 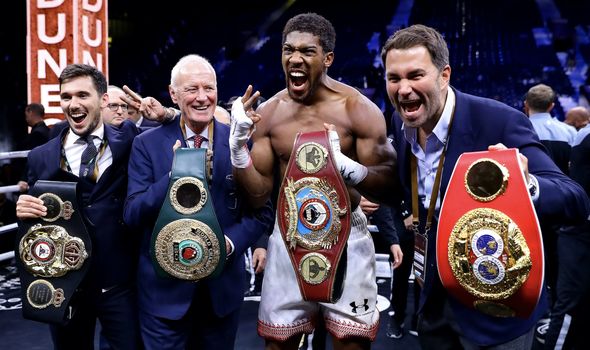 “He’ll enable boxing and Britain to come back with a bang.”

Fans want to see Joshua vs Fury in London at Wembley Stadium, but Hearn has previously said it will take place where the most money is, citing Saudi Arabia as a possible option.

But Hearn hasn’t ruled out the possibility that the fight happens more than once, allowing room for both a Saudi fight and a UK fight.

“In an ideal world, everyone would say it’s a London fight,” the 40-year-old said.

“If it comes in December, January or February, you can’t really do it in London.

“So, you’d have the first one in the Middle East, or maybe the States, and the second at Wembley.

“Or, if the first fight gets delayed until the summer, then Wembley first.”