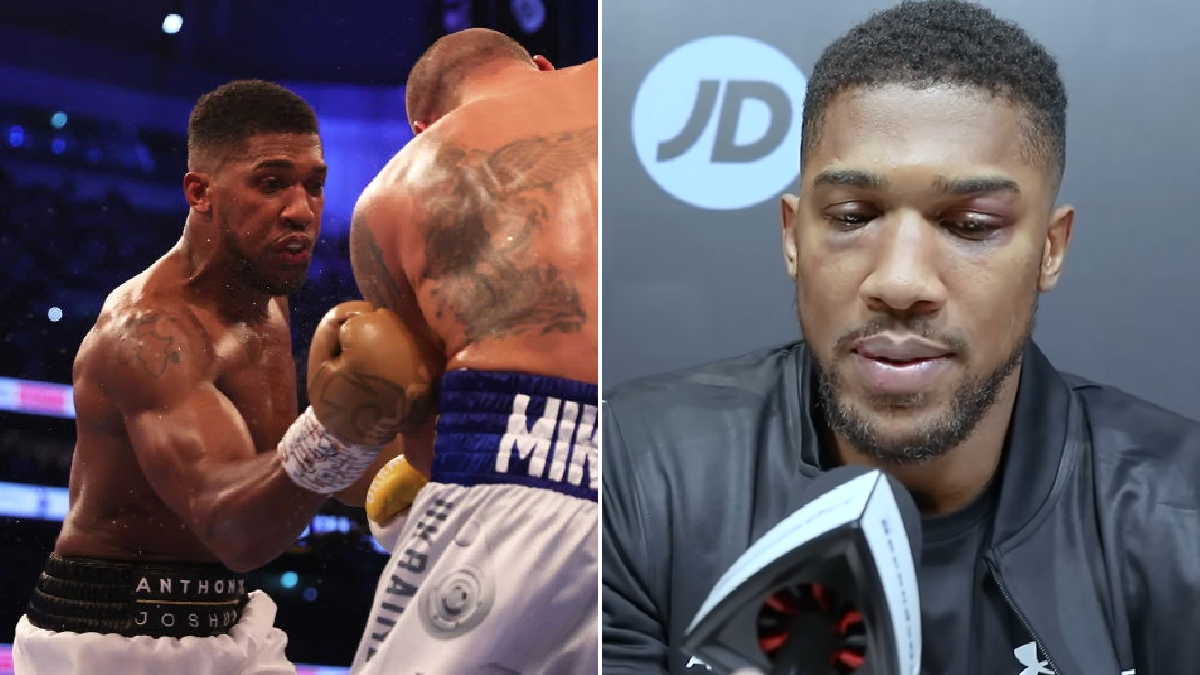 Anthony Joshua has welcomed criticism of his tactics and approach in Saturday night’s defeat to Oleksandr Usyk and admits he knows he made ‘mistakes’ in the fight having already watched it back.

The Brit lost his heavyweight belts at the Tottenham Hotspur Stadium by unanimous decision, with long-time rival Dillian Whyte shocked by his cautious approach, while David Haye said he ‘chose to try to have a boxing match, incorrectly, with a superior boxer’.

Despite the defeat, Joshua was relatively upbeat afterwards and says he will take on board any critique that comes his way and is confident he can correct his mistakes in the rematch.

Asked about the criticism he has faced and the tactics – such as putting his foot on the outside of a southpaw – he overlooked, Joshua told SecondsOut: ‘So that’s where we improve. That’s why the critics give you an opportunity to improve.

‘You don’t want yes men around you. How are you going to get better if you’ve got everyone telling you how great you looked even when you don’t look that good. You want people to keep it real.

‘That’s why at the same time you’ve got to appreciate your critics, because they’ll point out every flaw you have and I use that as fuel. So if it is getting my foot on the outside, that’ll be corrected.

‘You know me, I’m a quick learner. That will be corrected next time, and that will be to my advantage. So keep on pouring in the comments, whether good or bad, and we’ll use it as fuel to get better.’

He added: ‘I have to look at ways to improve from this moment and move forward. That’s what it is. Simple, not complicated. Where did I go wrong and how can I get better? You can read a fight when you’re in there. There were little things I could have done better.’

Echoing those thoughts in a further interview with iFL TV, Joshua continued: ‘It was a boxing match, good 12-rounder, good experience. I let a few people down, obviously people that support me, and then there’s other people that probably thought I should have gone in with a different gameplan.

‘But at the end of the day, he won, I lost, and all I’ve got to do is get back to the drawing board, hustle, put in the work, get another W, fight for the championship belts again and get back on that gravy train.’

Asked what he could have done better, AJ replied: ‘A few things, you know. A few things. I watched the fight back already and there’s a few things.

‘When you’re in there, it feels different. You ask certain fighters they’re like, “Ah I got robbed”, but when you go back and watch it, it’s like, “Oh, that’s the mistakes I was making”.

Joshua also allayed fears that he had broken his eye socket, adding: ‘It’s much better now. It’s weird, it was bad at one stage, it was bad but it’s getting a lot better now. So it’s all good.’