Anthony Joshua could face Tyson Fury next in a £250m showdown because of the coronavirus pandemic. Sport has been suspended due to the deadly virus. Joshua was scheduled to fight Kubrat Pulev at the Tottenham Hotspur Stadium, while Fury was gearing up to face Deontay Wilder for the third time.

However, both fights were postponed due to the coronavirus pandemic.

And Fury’s US promoter Bob Arum has hinted it could lead to a battle of the Brits next.

Arum said: “With or without audiences, we can’t do the Wilder fight while Fury can’t get back into the United States due to the travel ban. “Wilder couldn’t get into England either.

“Everything is possible and nothing is off the table. We have to sit and discuss this, to figure out how to move into the future. 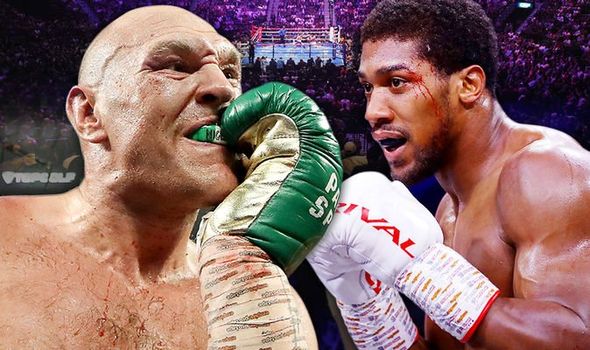 “I can’t predict when Fury v Wilder will take place or if it will happen.

“Everybody in the UK wants to see the two Brits fighting, Fury and Joshua. When can that happen? I don’t know.”

Joshua holds the WBA Super, IBF and WBO belts, while Fury is the WBC king after beating Wilder in Las Vegas earlier this year.

A lot has been made of Joshua facing off against Fury, with Barry Hearn claiming it’s 50-50 whether the fight happens this year. 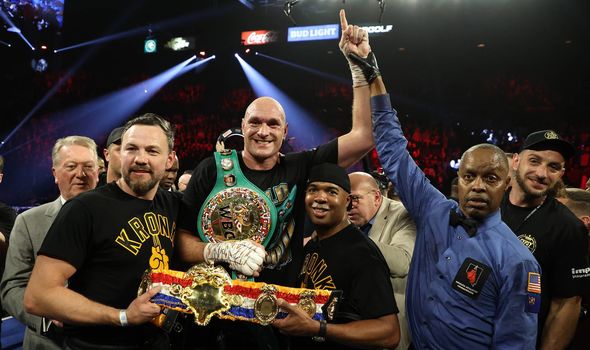 “Anthony Joshua is probably the easiest boxer I have ever worked with,” he said.

“He literally will fight anybody and he is very keen on unifying the titles and Tyson has the missing belt.

“Tyson is not afraid of anyone, at the same time.

“And he knows if he beats Joshua he will be an even bigger global figure.

“The good news about this pile-up of global sport events is that there will be competition for airtime when sport returns and people will not pay for tick-over contests.

“I think we have an excellent chance of seeing that fight.

“I am always confident because it is a big fight.

“The demand for it is huge but there are complications, as there always are.”