Tyson Fury’s former cornerman and British boxing legend Ricky Hatton says the Gypsy King and Anthony Joshua MUST fight each other eventually. Reports have surfaced over the past few days that the two teams are in talks over a mega undisputed fight.

Joshua and Fury hold all the belts in the heavyweight division after their respective wins over Andy Ruiz Jr and Deontay Wilder in the past five months.

WBA, WBO and IBF champion Joshua was scheduled to face Kubrat Pulev on June 20, but it’s been pushed back because of the coronavirus.

And Fury, who won the WBC belt from Deontay Wilder in February, was supposed to face the American again, but the pandemic and Wilder’s bicep injury has cast doubt over that fight. 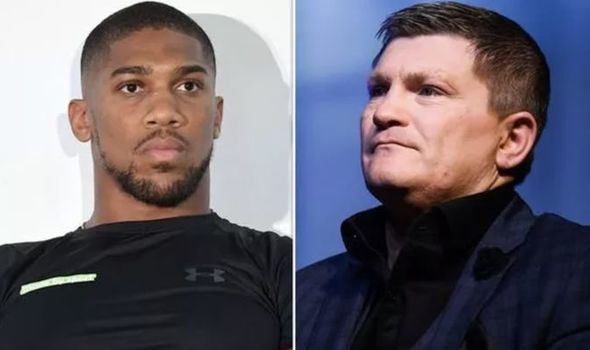 Assuming step-aside money will be accepted by Wilder and Pulev, Brits Joshua and Fury can start negotiating for a huge undisputed clash.

ESPN say that the fight will likely take place in the Middle East, where Joshua fought Ruiz Jr in December, and where Fury’s management MTK Global have their headquarters.

And Hatton believes it’s a must that both fighters should face each other sooner rather than later.

Anthony Joshua vs Tyson Fury a ‘long way away’, despite Saudi talks

“I have been a fan of the game and a fan of British fighters past and the present,” Hatton told talkSPORT.

“I remember years ago we would have two British lads competing for the title – but I had never heard of them.

“Now we have two of the best with different styles and different personalities.

“There’s no way it cannot happen.” 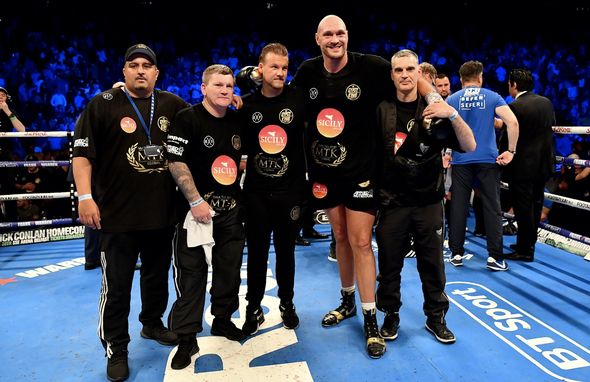 Joshua called Fury out last month, stating that the fight made sense.

“I’ve got the rest of the belts so it only makes sense.

“I’m the unified heavyweight champion of the world, he’s the WBC champion.

“What will it prove, me and him fighting?

“There will be one dominant figure in the heavyweight division that will have all of the belts and become undisputed.

“Logically to prove yourself as No.1, I have to fight Tyson Fury. He has to fight Anthony Joshua.”