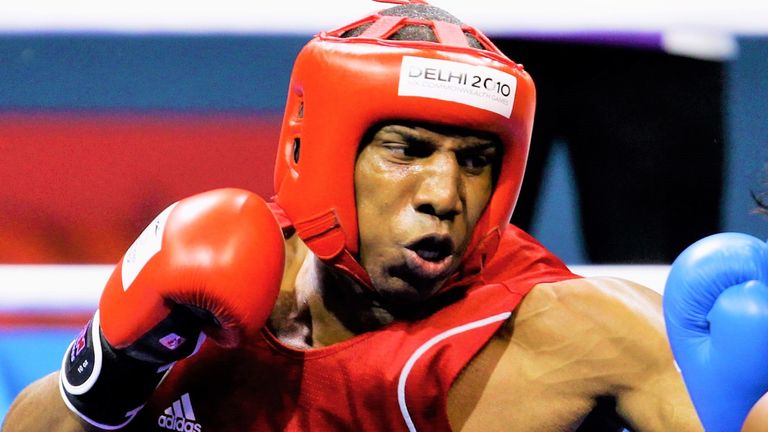 Tariq Abdul Haqq wept at the presentation of his Commonwealth Games medal and walked away from boxing after fighting two world heavyweight champions.

As the last man to bring a boxing silver medal back to his home country in 2010, Haqq should be revered in Trinidad and Tobago, but a descent into religious extremism has tarnished his ring career. Haqq headed to Syria to fight for Islamic State four years later – and would be killed in 2015.

Trinidad and Tobago has since discovered a new super-heavyweight contender in the towering form of Nigel Paul, an expectant entrant in the Tokyo Games, but he is unlikely to match the exploits of Haqq, a former opponent for Britain’s Olympic 2012 star, Anthony Joshua.

“To stand in there with Anthony Joshua and show a good account of himself,” recalled Haqq’s national coach, Reynold Cox. “I think if Tariq had continued, he would probably be doing really well over the next few years.” 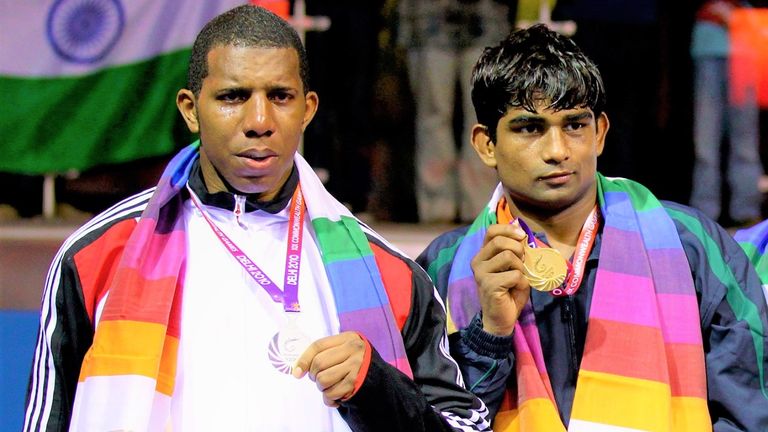 As a standout amateur, Haqq had given his nation fleeting success in the sport, leading to a tense first round fight with Joshua at the World Championships in 2011. And only months earlier, he had delivered a humbling defeat to New Zealand’s highly-rated youngster, Joseph Parker.

A talent for combat sports could be traced back to Haqq’s teenage years when he was hailed in a local newspaper as a ‘schoolboy gladiator’, having competed in Karate, Jiu-Jitsu, Taekwondo and boxing, while also studying to become a lawyer.

“When I am not at school or training, I just like to eat and sleep,” Haqq told The Trinidad and Tobago Newsday.

“This might sound strange for someone my age, but my friends are very supportive in what I do. I also believe everyone has certain choices to make and I choose to do these things right now.”

Haqq’s aunt was an attorney-at-law, but his father Yaqub was a boxing coach, and education was set aside while he channelled his aggression solely into sport. At 6ft1in tall, he was not a particularly imposing fighter, although the teenage national champion had caught the eye with a string of impressive wins, including a 45-second knockout of a visiting Puerto Rican.

On his senior debut in 2009, Haqq received a harsh tutorial from Erislandy Savon, an accomplished Cuban who inflicted a second-round stoppage loss, and would push Joshua to the brink of early elimination during a razor-thin points loss at the London Games.

Undeterred, Haqq secured his place on the Trinidad and Tobago team for the Commonwealth Games and would far exceed expectations in Delhi. 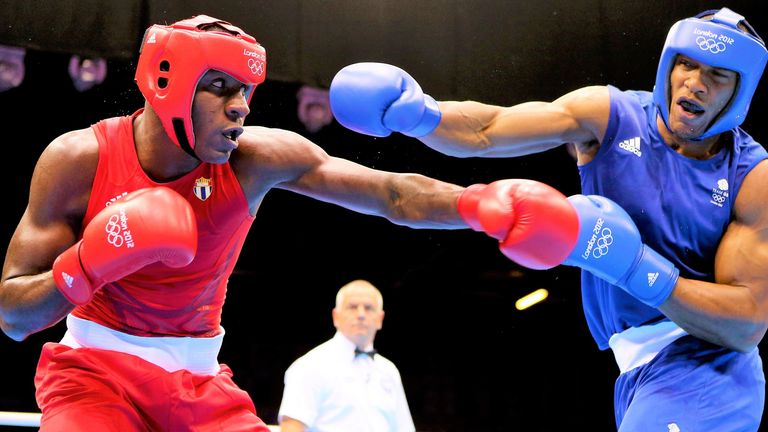 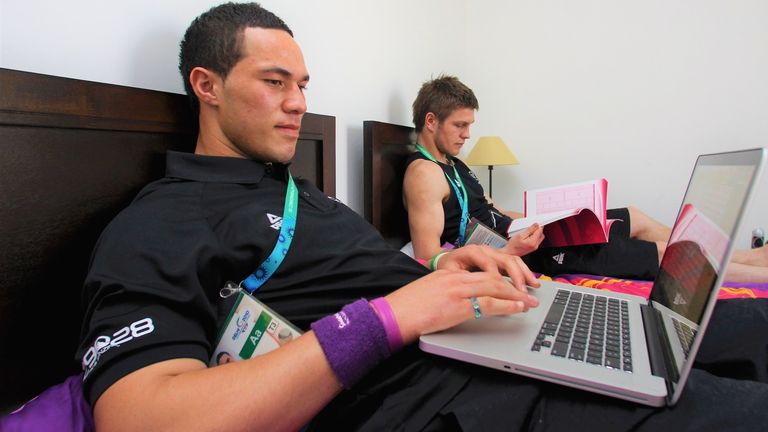 Haqq outclassed his opening opponent from Pakistan in a 10-1 victory. Up next was Parker, the Kiwi powerhouse who would later claim the WBO heavyweight title in the professional ranks.

“I was there with that fight,” said Cox, who was now overseeing Haqq’s amateur career. “It was a really good fight for us – and I think what won the fight for Tariq is – his determination. He kept going at Parker.

“Parker was probably dependent on his punching power to win the bout where Haqq really tried to get the points on and used really, really good defence. It was a really good bout to watch.”

Haqq’s accurate punches were preferred by three of the five judges as he received the slenderest of victories after ending the bout tied with Parker at 7-7.

A narrow points win over Cameroon’s Olympian Blaise Yepmou would then set up a fight against home favourite Paramjeet Samota for the gold medal.

But the Indian fighter benefited from the few points on offer in the final as he closed out a 5-1 victory. Haqq was still crying while the silver medal was draped around his neck, possibly due to frustration more than pride. 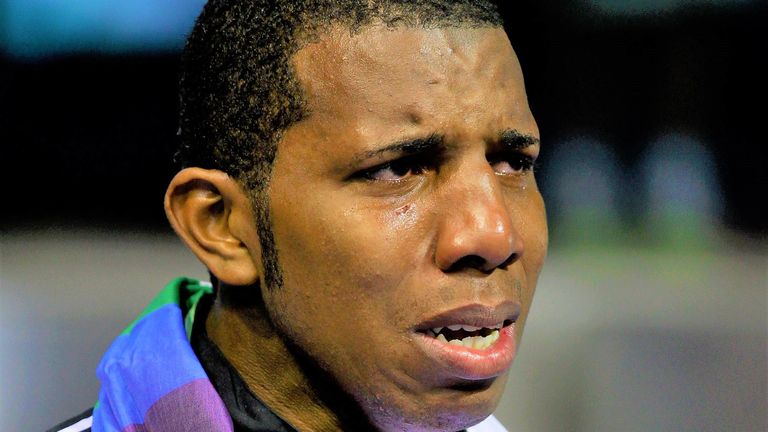 His final fight of note would come against Joshua. They would be drawn together in the first round of the World Amateur Championships and Haqq, hampered by a persistent nose injury, still stood firm in the early rounds.

“He was a tough opponent, and if you look back at it, AJ was really still pretty much a novice at the time, because of his late arrival into the game, and then to go into the worlds,” Team GB coach Paul Walmsley told Sky Sports when reflecting on the opening fight in Azerbaijan.

“It wasn’t the easiest of bouts to start with. I’ve got a little inkling that I might have given him a b*****king to step the pace up as the bout went on.”

With only a few points separating both fighters, Joshua responded to words of urgency and demonstrated the fight-ending power that would later blaze a path to world titles in the pro ranks. Haqq was halted in the third and final round. His boxing career was nearly over. 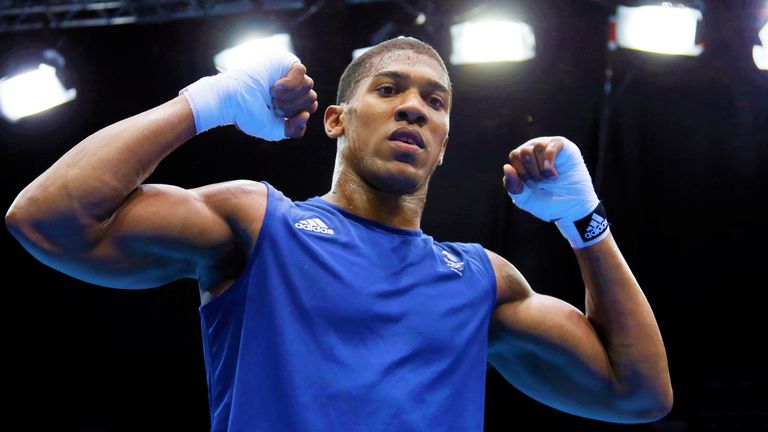 On his return to Trinidad and Tobago, Haqq became embroiled in a row over funding and ruled himself out of the qualifiers for the London 2012 Games.

“I feel as if boxing in Trinidad makes no sense and no one really cares,” Haqq told The Trinidad Guardian.

Disillusioned with his nation’s regard for the sport, Haqq drifted away and would only reappear years later, in articles and a documentary about recruits for Islamic State.

Jürgen Todenhöfer, the first western journalist to be granted access to ISIS-controlled territory in Syria and Iraq, was taken aback by his meeting with Haqq, who had arrived in December 2014.

“We saw people from all over the world, from Sweden, France, and the United States,” Todenhöfer said in his documentary ‘Inside IS’.

“There was a guy from the Caribbean. Very good looking. Very charming. Stylish, Ray-Ban glasses. And I said, ‘what are you doing here? What have you done before?’ He said, ‘I’m going to do whatever the caliph (Islamic State ruler) is asking’.”

Haqq was among an alarmingly high number of men who had travelled from Trinidad and Tobago, which had one of the highest recruitment rates for Islamic State.

He was accompanied by his wife and his sister, Aliya, who revealed how the death of their father in an accidental shooting had been the catalyst for Tariq to become immersed in religious extremism.

“My brother came home one day and he said he was going to Syria,” she told Simon Cottee for Trinidad and Tobago Newsday.

Cottee has confirmed to Sky Sports that Haqq was killed in 2015, but months earlier he sustained severe injuries during a bombing in Syria, losing one of his hands, the source of his greatest talent. 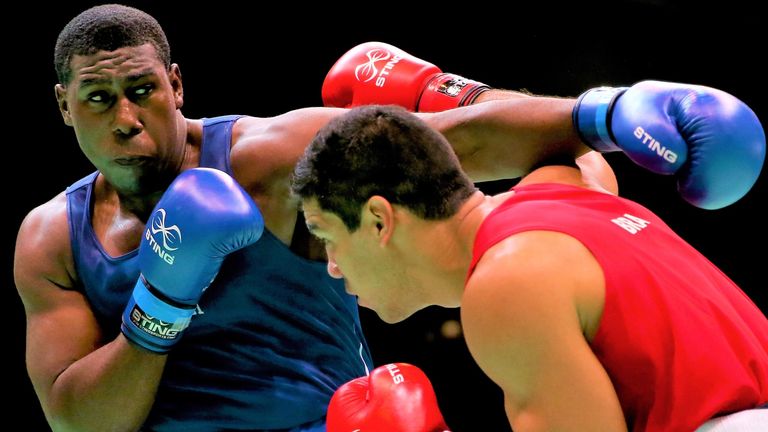 Haqq’s name is still mentioned back in Trinidad and Tobago, although only for his sporting achievements, and coach Cox is optimistic that Paul, an athletic 6ft4in tall fighter, could also appear on a podium at a major tournament. The affable 30-year-old made a fleeting appearance at the Rio Games where he suffered an early exit, but Cox is hopeful that Paul can enhance the region’s reputation for boxing.

“Boxing needs nice guys and role models to actually get more people involved in the sport.