Matchroom boss Barry Hearn has hailed NHS staff after he had to undergo surgery on Monday because of a ‘minor heart attack’ he suffered last Sunday. Son Eddie confirmed the news earlier today on Twitter.

Barry, who founded Matchroom, is the head of the Professional Darts Corporation, as well as the World Professional Billiards and Snooker Association.

The 71-year-old has often been praised by Eddie for his relentless work ethic throughout 47 years in sports promotion.

“Humbled by the thousands of “get well” wishes so thanks to each and everyone of you,” Barry said. 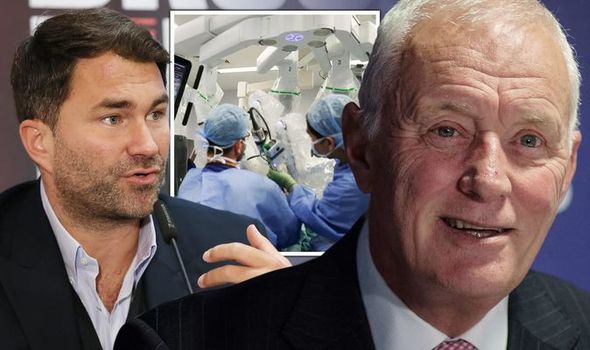 “Massive shout out to Broomfield and Basildon hospitals – don’t know what we’d do without the NHS.

“God bless you all and stay safe.”

Eddie had tweeted earlier in the day that his father underwent the surgery on Tuesday, thanking staff for their help.

“As if we can’t thank the NHS enough, I want to particularly thank the staff at Broomfield & Basildon.

“My dad @BarryHearn was taken to hospital on Sunday after a minor heart attack and was operated on yesterday.

“He is up and well and returns home today in good spirits! Thank you.”

Eddie thanked NHS staff last for their determination in training to halt the spread of the coronavirus. 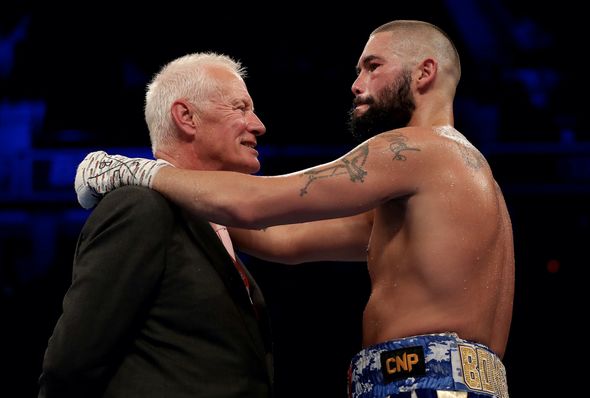 The boxing figure said: “We’ve been thinking about how we can say thank you to the incredible NHS workers that have selflessly helped everybody through this Covid-19 crisis.

“They’ve been absolutely amazing and from our side at Matchroom Boxing we are announcing a new scheme for when we get back to our live shows, where we will be giving away 200 tickets to NHS workers for every Saturday Fight Night and PPV show around the country from hopefully this summer forward.

“We can’t thank you enough for all of your support. NHS workers, you have been absolutely incredible, and you are the pride of our country.

“Stay well everyone, stay safe, stay at home and we’ll get through this soon.”

Matchroom have cancelled or postponed six of their boxing events this year because of the virus.