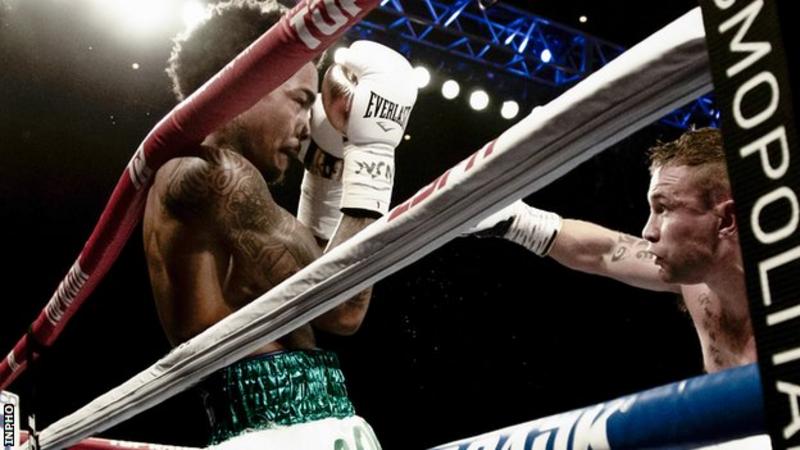 Carl Frampton has said his super-featherweight world title fight with Jamel Herring is “pretty much agreed, without being officially announced”.

The Belfast boxer had doubted the fight would go ahead as planned in June because of the coronavirus pandemic.

However, the 33-year-old now feels the bout will proceed once it is safe to do so.

“I’m pretty sure it will happen eventually, when restrictions ease a little bit,” said Frampton.

Speaking to the Lockdown Lowdown podcast, Frampton downplayed any potential size advantage American Herring would have when the pair face off.

“When he got in the ring after my last fight, he looked about 12 stone. I’m thinking ‘he’s got to make 9st 4lbs’,” said the Jackal.

“It’ll hurt him to do the weight a lot more than me.”

“I think he can be outboxed. His feet are slow, he doesn’t punch that fast either.

“In the middle rounds, he gets a little bit lazy. It’s almost like he cruises and doesn’t want to exert too much energy.”

Frampton knows that victory over Herring would make him a three-weight world champion, a challenge which the Northern Irishman relishes.

“It would be amazing,” he added, “Hall of Fame stuff. I want people to remember me.”