Carl Frampton is aiming to become a three-weight world champion when he eventually fights Jamel Herring, and he wants the bout to take place at Madison Square Garden in New York. Windsor Park in Belfast was originally touted to host the fight before the coronavirus pandemic halted proceedings.

But, after winning world titles at super-bantamweight and featherweight, Frampton now wants gold in the 130lbs division.

WBO super-featherweight title-holder Herring, who is promoted by Top Rank like Frampton, is going to be the Irishman’s next opponent. 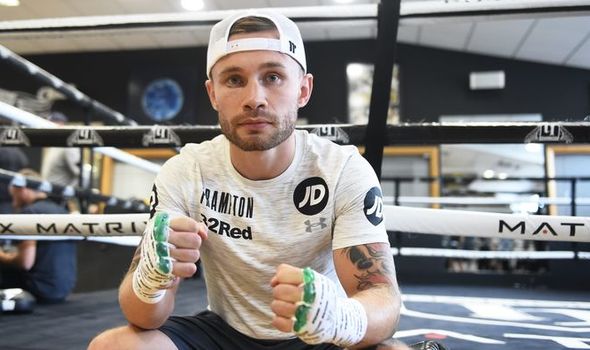 June 13 was to be the date for Frampton’s attempt at world title glory, but it’s been postponed until further notice because of the virus.

A winter fight rules out the possibility of it taking place at Windsor Park, and now Frampton wants to fight at MSG instead.

“My first preference was to have the fight at Windsor Park, I think if you go after September then you have to rule that out because of the weather,” he told the Daily Star.

Dillian Whyte reveals the punch that will knock over Anthony Joshua

“There was talk of SSE Arena, but I would rather do Madison Square Garden.

“That’s another box ticked off. It is the mecca of boxing.

“It is the one that every fighter has dreamed of fighting.

“I’ve fought at big arenas all over the world but to fight at Madison Square Garden and win a world title in a third division would  be a fairytale.” 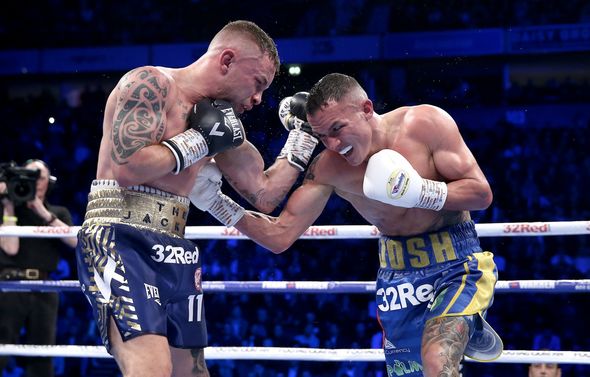 Frampton has fought in New York before, but at the Barclays Centre in Brooklyn, where he outpointed Leo Santa Cruz to become WBA featherweight champion in 2016.

The Jackal spoke to Express Sport earlier this month and admitted he’d be satisfied if his fight with Herring could take place this year, rather than hope for a summer bout.

“Everyone’s under strict regulations by governments, Herring is going through the same in the U.S.

“What can’t happen, I don’t think would be fair, would if me or Jamel didn’t get a training camp.

“I’m training here but I’m just hitting the bag and running, if lockdown becomes less restricted and things are lifted, you can’t just walk into a fight with an eight-week garage training camp.”

Herring’s last fight was a defence of his title against Lamont Roach Jr in November.

Frampton hasn’t been in a title fight since his hard-fought loss to IBF featherweight champion Josh Warrington in December 2018.