Christopher Lovejoy interview: US heavyweight has a 19-0 record (19 KOs) – but there’s a problem… 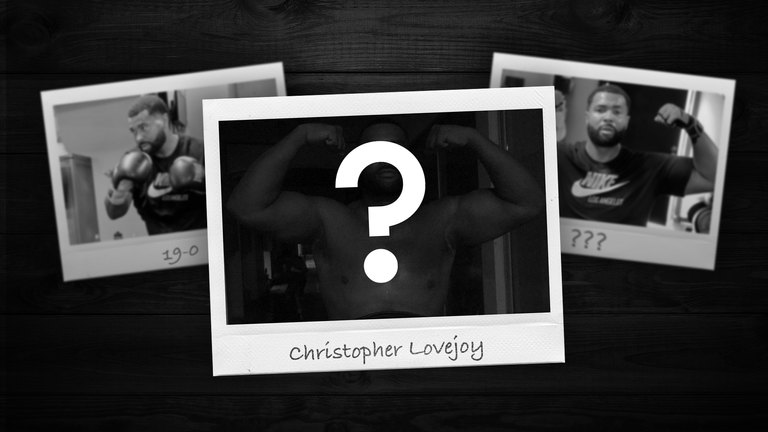 There is a mystery man threatening the heavyweight division but nobody knows whether to take him seriously or not.

If you’ve never seen Christopher Lovejoy fight, he appears to be a hellacious problem for the heavyweight big boys – he has won all 19 of his fights by knockout, has ended 17 inside the first round, he insists he spars with the elite names and is calling out credible contenders.

The problem? Nobody has seen Lovejoy fight. Ever.

His 19 professional fights span a total of just 22 rounds, a frankly staggering statistic considering that even Anthony Joshua and Deontay Wilder were extended further in their earliest bouts.

But Lovejoy’s career exists in a vacuum – all of his fights took place in Tijuana, Mexico, an outlier to the professional boxing landscape against no-name opponents, of which all-but-one have lost more fights than they have won.

The gentlest of prods to his impressive-looking résumé reveals potentially dark secrets making it impossible to know if this Las Vegas heavyweight is a serious menace or just a pretender.

“The truth is, he might be an absolute beast or he may get found out,” promoter Eddie Hearn has said after his only interaction with Lovejoy ended in farce.

Given an opportunity to prove his credentials against Dave Allen in October, Lovejoy was withdrawn at short notice due to contractual issues with the legendary promoter Don King, who once worked with Muhammad Ali and Mike Tyson. Once more, Lovejoy remained hidden by a cloak of invisibility.

“A lot of people want to see me get beat up,” Lovejoy tells Sky Sports. He has “unfinished business” and is out to prove that his destructive 19-0 record isn’t just paper-thin. 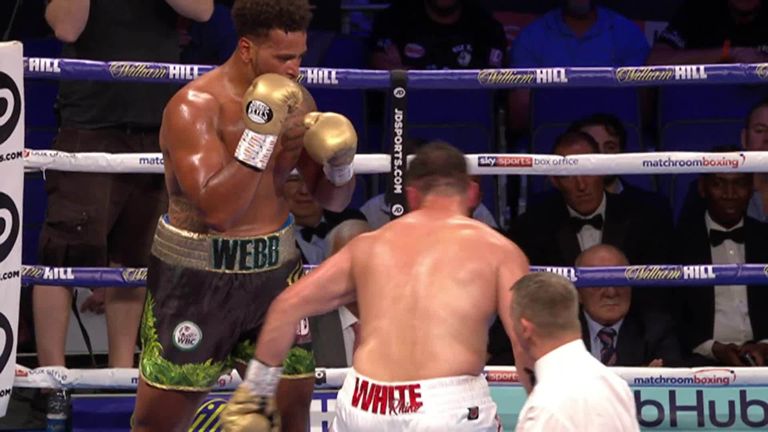 Lovejoy has had zero amateur bouts – he was living the street life, “heading in the wrong direction” as he calls it, when he saw heavyweight boxers on TV who didn’t measure up to his childhood heroes.

He headed for the belly of the beast, Las Vegas, and began training at Floyd Mayweather’s gym with the legend’s father and uncle but with no meaningful reputation, he was unable to get a fight.

He learned that opportunity existed in Tijuana, the city on the US-Mexican border. He had to pay out of his own pocket to feature on professional cards, he says.

“It was the only route I had. It was on-the-job training. I was learning how to fight.”

Lovejoy was losing money but was “investing in myself and my career” – this adventure began five years ago at such low-profile events that footage scarcely exists of the 19 KOs he has racked up.

He concedes his first 10 opponents were poor but, hey, he was learning with no amateur background. He also admits that his fights haven’t been as easy as they seem.

“I almost got knocked out in my first pro fight,” he says.

“My first ever boxing match, the opponent was a little guy. As soon as the bell rings, he rushes me and throws a 30-punch combo!

“He clips me, almost knocked me out. I had to gather myself then I knocked the guy out.

“The matchmaker said after: ‘At least we know you’ve got a chin!’

“In my sixth fight, the guy went a whole round with me. I was so tired. I was thinking: ‘If this goes another round, I don’t know what might happen’.”

Luckily for Lovejoy, the opponent retired on his stool at the end of the first round.

“After that I said: ‘I’ll never come here again unless I’m prepared to go the distance’.”

An overview of his opponents quickly reveals that Juan Luis Lopez Alcaraz had won just four out of 29 fights, Martin Rodriguez four out of 31 and Esteban Sosa Vazquez two out of 16.

Lovejoy has knocked out eight men who had never previously won a fight.

He claims the quality of his opponents gradually increased but the most recent two had won a combined 18 of their 92 fights.

“They come to fight because they have a lot of pride. I know people who went down there and lost.

“I know a heavyweight who went down to Mexico and lost by disqualification.

“In Mexico, you’d better go for the knockout because you’re in their country. The judges don’t care about you.” 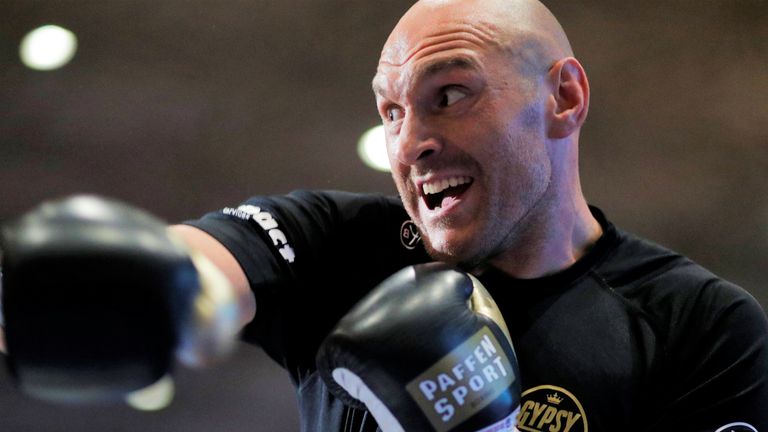 The smoke and mirrors nature of Lovejoy’s 19-fight KO streak is the source of bemusement and conjecture, but he sees it as a good thing.

“It’s an advantage because they overlook me,” he says.

“There is some mystery with me – ‘can he really fight? Is he in shape?’

“If I was in tip-top shape, was sparring the top guys and all my footage was out there, I would not get a fight.

“There are politics in boxing and fighters are protected.”

There is a particular whisper that, somewhere at some time, in a Las Vegas gym, he found himself in the ring with Tyson Fury. Their recollections of that moment, as you might expect, differ.

Lovejoy says now: “There is a secret society in gyms.

“‘Tyson Fury knocked him out! Or he knocked out Tyson Fury?’

“It is a mystery and you don’t know unless you were there.

“These are the rules of our brotherhood.

“If I had a good day against one of the top guys, I would never say.”

It is fair to point out that Lovejoy has honed his craft in sparring with Luis Ortiz, the two-time world title challenger to Deontay Wilder, as well as a host of US prospects.

He is relentlessly challenging more established names than his own via social media – he balks at the suggestion that this is just self-promotion.

Solomon Dacres, the Team GB amateur standout who will make his pro debut on March 20, live on Sky Sports, has challenged Lovejoy who hits back: “I will end his career before it even begins.”

EVERYONE HAS A PLAN UNTIL YOU GET PUNCHED IN THE FACE

His previous visit to the UK concluded with 4am crisis talks between Eddie Hearn and Don King to thrash out a deal for Lovejoy’s scheduled fight with Allen to go ahead. That sleepless night was ultimately futile but it has extended the mystery behind what Lovejoy, already aged 37, is truly capable of inside the ring.

“I’m a really big guy with an [American football] background,” he warns. “I can bench and squat 400lbs. I can dunk a basketball, I can run fast, I am very powerful.”

“Ask anyone who spars with me and they will say that I hit like a mule.

Perhaps, just perhaps, the cynicism aimed at Lovejoy’s undefeated 19-fight record with 19 KOs is because his journey, where he paid from his own pocket for an opportunity in Mexico, is unusual and misunderstood. Perhaps.

“If they don’t believe in me, shame on them. People will be heartbroken.”