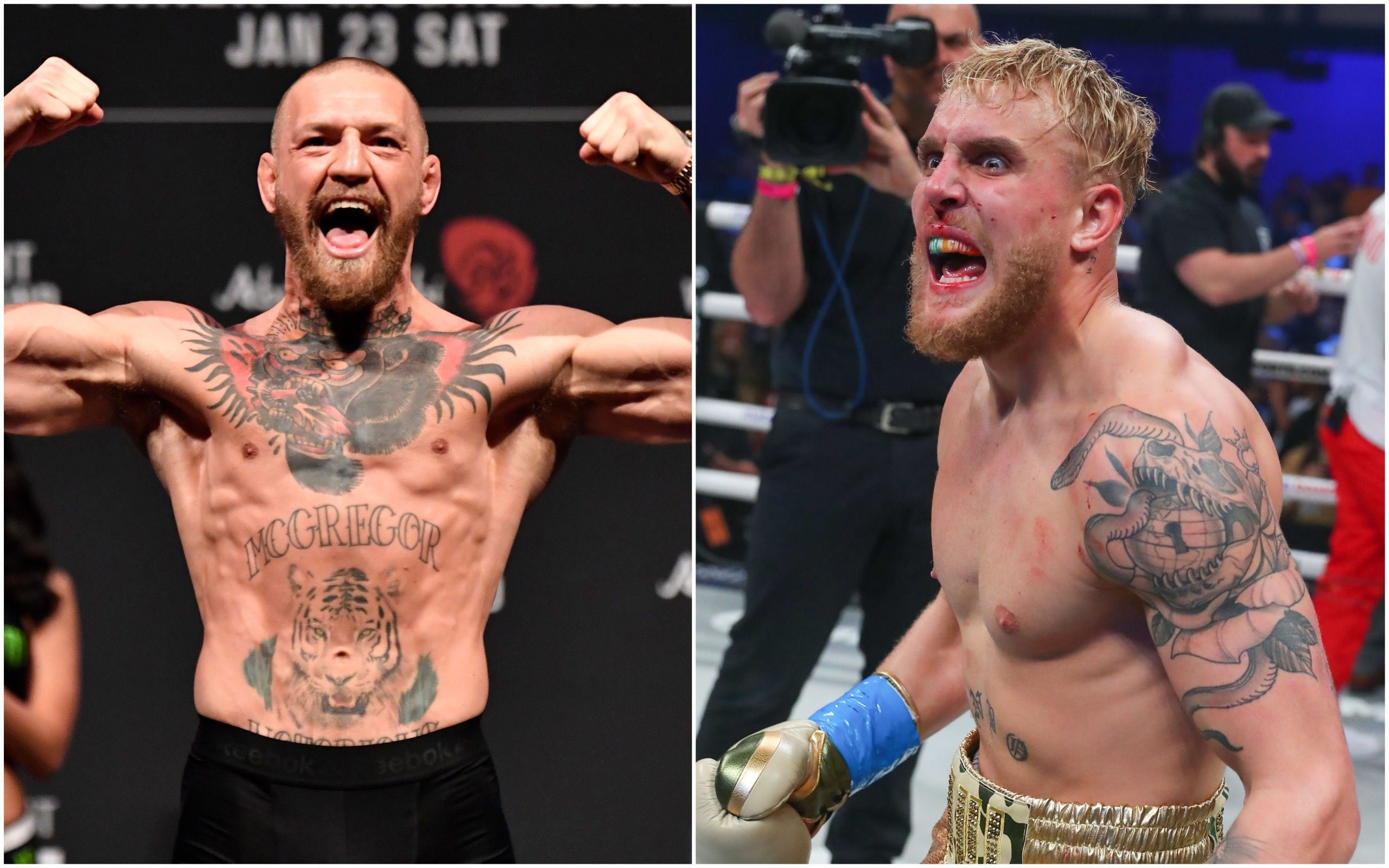 Conor McGregor has signalled his intent to move up in weight to challenge welterweight champion Kamaru Usman – and suggested he has no intention of mixing it up with Jake Paul.

McGregor is currently in training for his July showdown with Dustin Poirier, a trilogy fight being contested at lightweight.

‘Notorious’ has fought at welterweight on three occasions in the past, however, in his two epic encounters with Nate Diaz and against Donald Cerrone in January 2020.

Usman made a fourth successful defence of his welterweight strap in Florida on Saturday night at UFC 261, producing a stunning knockout in the second round of his clash with Jorge Masvidal.

Usman and McGregor have clashed in the past with ‘The Nigerian Nightmare’ warning another move up to 170lbs wouldn’t end well for the Dubliner.

Fresh from his knockout win over Ben Askren, Jake Paul was in attendance a UFC 261, met with chants of ‘f**k Jake Paul’ with Daniel Cormier pictured confronting the YouTuber.

Paul has been campaigning for a boxing match with McGregor, calling out the former featherweight and lightweight champion in a series of lewd videos earlier this year.

McGregor has so far stayed silent on the prospect of fighting the 24-year-old, who has a 3-0 record in professional boxing.

But in his series of tweets on Sunday afternoon, he suggested he has little interest in that fight, writing: ‘UFC high level fighting > Blogger jackass boxing.’

McGregor and Poirier meet on 10 July with each man holding one win over the other heading into their trilogy fight.