Conor McGregor has admitted he’s heartbroken after losing to Dustin Poirier at UFC 257. The Irishman was knocked out in the second round, having dominated the first. And he’s now spoken out in the aftermath of the fight in Abu Dhabi.

McGregor went into the scrap with Poirier looking for a second win over his American opponent, having reigned supreme when they faced off in 2014.

But that didn’t happen, with the Irishman instead crashing to defeat.

McGregor was on top during the early stages of the bout but was downed in the second, with Poirier winning via a flurry of hard punches.

He cut a frustrated figure after the fight and, speaking in the aftermath, admitted he was ‘heartbroken’ over the defeat.

“It’s heartbreaking, it’s hard to take. The highest highs and the lowest lows in this game,” he said. 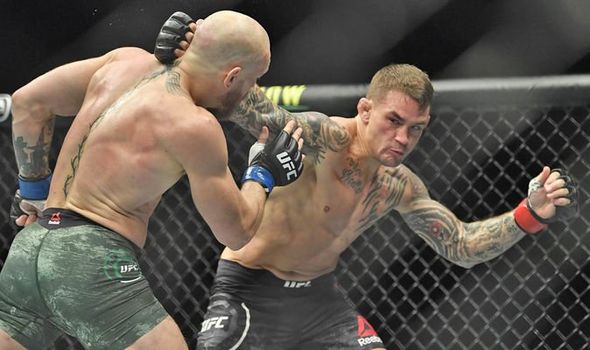 “My leg is completely dead, and even though I felt like I was checking them [Poirier’s leg kicks] it was just sinking into the muscle at the front of my leg.

“Dustin fought a hell of a fight. I thought I was better than him in the clinch, but too little too late.

“My leg was compromised and I didn’t adjust and that’s it, fair play to Dustin.

“I’m very happen for him and very happy I got to come back and compete in my 11th UFC main event.

“I don’t know where I’m at the minute to be honest.” 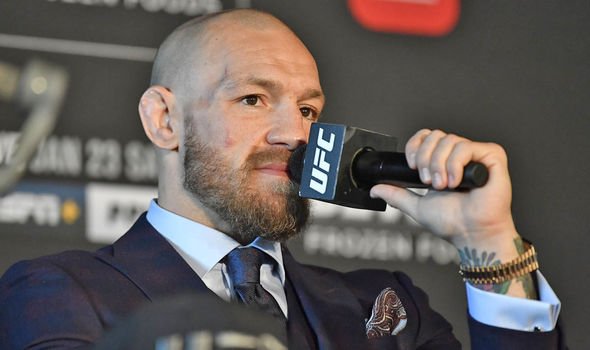 McGregor did vow to bounce back, however, insisting he’ll ‘dust it off’.

“His leg kicks were good, my leg was dead and I wasn’t as comfortable as I needed to be,” he added.

“I have to dust it off and come back and that’s what I’ll do.

“I’m gutted, it’s a tough one to swallow, I just want to go back to the hotel and chill with my kids and regroup.”

His words were in stark contrast to Poirier’s, with the American bathing in the glory of his triumph by labelling himself an ‘assassin’.

“This win is right up there. This is a big one,” he said. 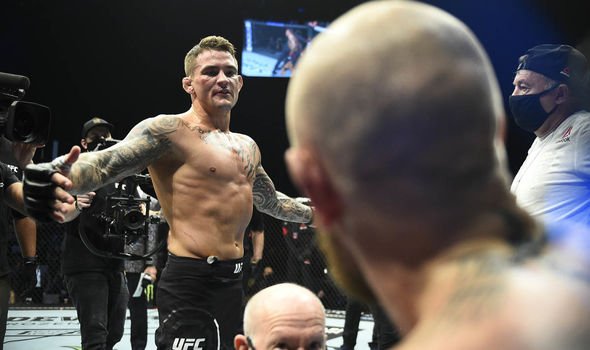 “But I want to put my hand on the undisputed title when it’s all said and done.

“Tonight is one of the best I’ve ever felt. I was emotionless, I was an assassin, and I was here to execute. It feels good.

“I’m sure something will make sense but right now I don’t know.”

MMA journalist Nick Peet, who was commentating on BBC Radio 5 Live, revealed everybody was stunned after Poirier’s win.

“Everybody is shell-shocked,” he said.

“Nobody can quite believe what they have seen.

“What a sensational upset. Poirier was a massive underdog.”