Dillian Whyte says that Tyson Fury is ‘so scared’ of fighting him, following WBC president Mauricio Sulaiman’s comments that the Gypsy King must defend against Whyte after his trilogy clash with Deontay Wilder.

Fury knocked Wilder out in the seventh round of their rematch in February to win the WBC world heavyweight title.

Whyte has been mandatory for that title since last summer and has been in a No 1 position with the WBC for over 1000 days.

His shot at the title has consistently been pushed back, but the WBC have promised he will get his chance next year.

JUST IN: Eddie Hearn details what Anthony Joshua and Tyson Fury spoke about 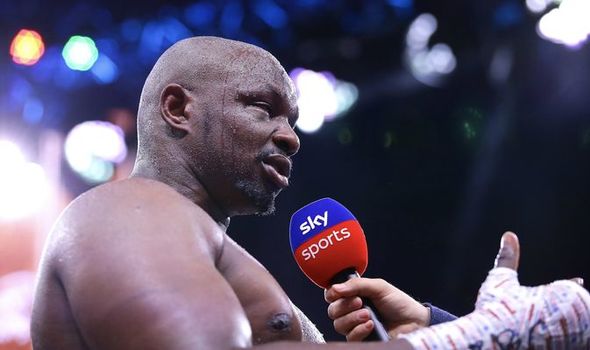 But Whyte has criticised Fury for not pushing to fight him, branding him afraid to do so.

“He used to say he was the lineal heavyweight champion, he let the public think he is, but he does what he wants to. Tyson Fury doesn’t care.

“He’s a man that says one thing today and then says something else tomorrow. He doesn’t give two hoots what the public thinks.

“He said he was a fighting man. Before he won the belt, he said he was going to fight me. He just talks rubbish.

“He said he was going to do this to me, do that to me. ‘When I beat Deontay Wilder, I’m going to give Dillian the first shot at the belt, because he deserves it, he’s waited so long and he’s worked so hard.’

“After he wins the fight, he talks about fighting Derek Chisora. 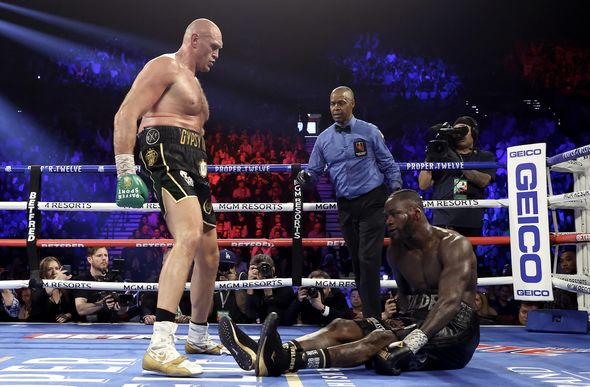 “He’s a joker. The WBC have obviously come forward and said you have to fight me now, so let’s see what he’s going to do.

“He’s tried everything to avoid me.

“Even without waiting for the outcome of my fight with Povetkin, he’s so scared about the prospect of fighting me that his promoter begged the WBC to elevate him to ‘Franchise’ champion to keep him out of my clutches.

“Mauricio has said publicly that that ain’t happening.

“All going well, he’ll be all mine, but I fully expect him to run, run and run, just like that coward Wilder before him.”