Dillian Whyte is keen on making the transition to MMA and has called out UFC heavyweight stars Stipe Miocic and Francis Ngannou. Whyte has a kickboxing background and would welcome the challenge in the octagon.

Whyte tallied up 20 wins with just one loss when he was a kickboxer, becoming European K1 champion.

He also had one MMA bout and won that via knockout in the first round. 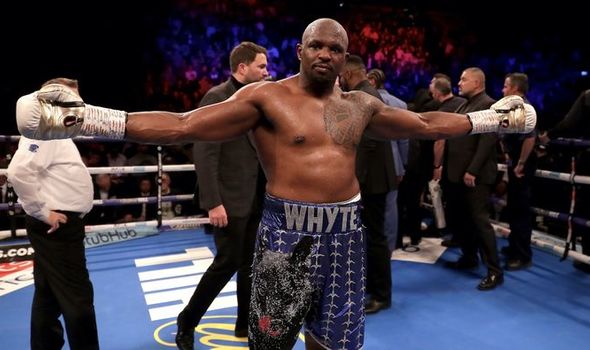 Miocic and Ngannou are two of the most dangerous UFC heavyweights in the world, and the pair fought back in January 2018.

Despite Ngannou going into the fight as slight favourite, Miocic out-wrestled him over five rounds to retain his heavyweight title.

But Whyte believes he’s got what it takes to push both stars to the limits in the octagon.

UFC’s Francis Ngannou talks up showdowns with Joshua and Fury

“I would fight in the UFC, definitely, no problem,” he told The Sun.

“Ideally I’d want to fight someone in a UFC fight and a boxing match, one of each, either way round, Dana White can hit me up anytime.

“I would fight Stipe Miocic, you just have to keep him moving.

“I know he would try to take me down but I might put him to sleep before he gets the chance. 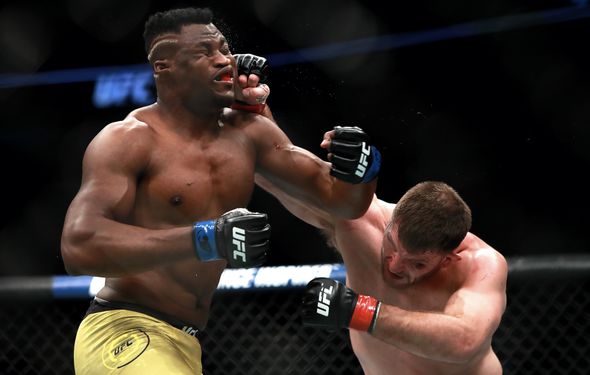 “I’ll fight Francis Ngannou too, he would be my ideal fight, he’s the man but he’s got no chin.

“All those MMA fighters would just try to take me down, that’s the only way they would try to beat me.

“But I had a guy try to take me down when I fought in MMA and I laid him out inside 12 seconds.

“I was only 18 back then, he dived in to take me down and I gave it to him, laid him straight out.”

Whyte was supposed to fight Alexander Povetkin on May 2 but the fight was moved to July 4 because of the coronavirus.