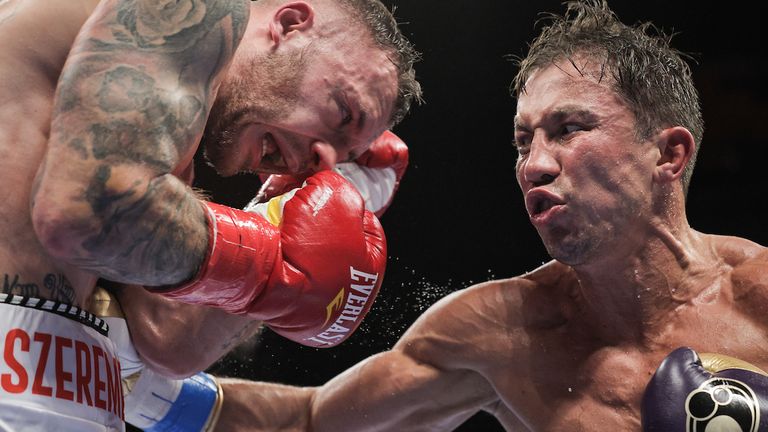 Golovkin’s latest ferocious performance was his 21st defence of a middleweight world title, breaking the record he shared with Bernard Hopkins. 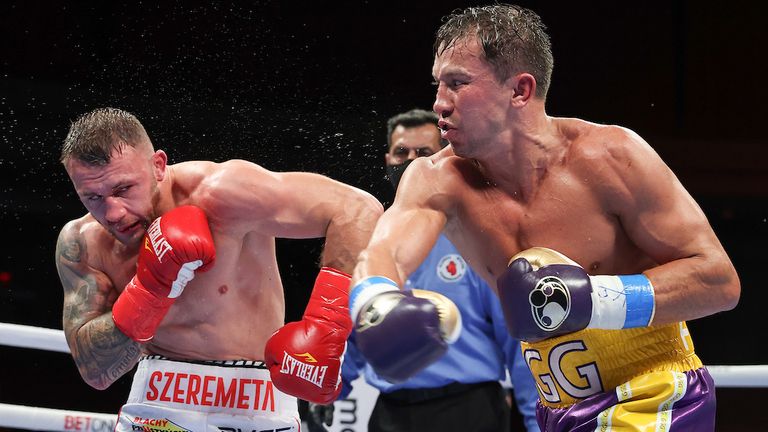 Inside the first round an uppercut then a left hook flattened Szeremeta for the first time.

Golovkin went seeking the knockout in the second round and an overhand right sent his mandatory challenger crashing to the floor again, but somehow Szeremeta battled on.

In the fourth round, Golovkin scored another knock-down with a left hook but still Szeremeta clung on.

Szeremeta was badly battered by the end of the fourth but it took until the end of the seventh, when he wilted to the canvas for a fourth time after a jab, for the referee to call a halt. 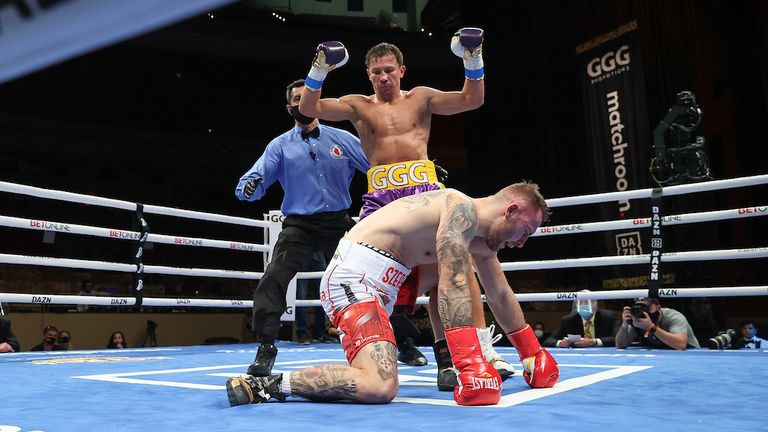 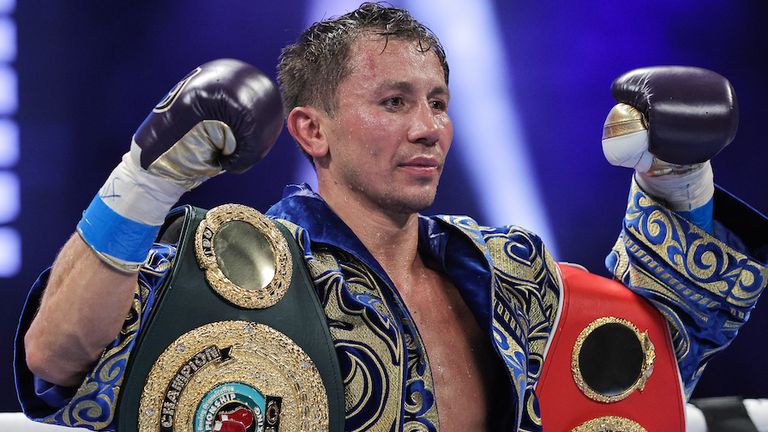 It was a 36th win inside the distance out of 43 fights for Golovkin, one of the most feared punchers of his era, and went some way to answering questions that lingered after he was forced to settle for a decision win over Sergiy Derevyanchenko a year ago.

It raises possibility of a trilogy fight in 2021 with Canelo, who must first end Smith’s unbeaten reign on Saturday night.

Golovkin and Canelo have shared two classic middleweight battles which remain the only two blemishes on the Kazakh’s record.

The first fight was scored a draw and Canelo controversially claimed the rematch but Golovkin is open to settling their rivalry once more.