His Las Vegas experience may be far removed from day-to-day life in Wolverhampton, but Jai Herbert is growing accustomed to his new surroundings on the eve of his second UFC outing in Sin City.

‘I love Wolves to death, but Vegas…it’s unbelievable compared to Wolverhampton!’ 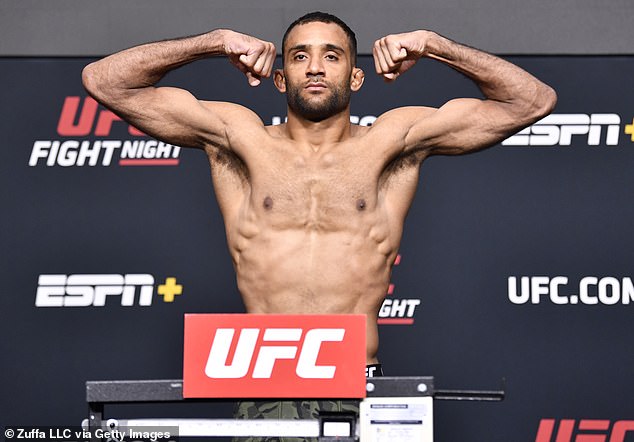 While The Black Country Banger is embracing his surroundings, his trip to Vegas is certainly no jolly.

The former Cage Warriors lightweight champion has endured a slow start to life in the UFC, losing his first two fights to Francisco Trinaldo and Renato Moicano.

Herbert reflects that those defeats have provided an eye opening insight into mixed martial arts at the highest level.

‘Those results were against top guys, very experienced guys, the last fight I learnt a hell of a lot,’ he says. 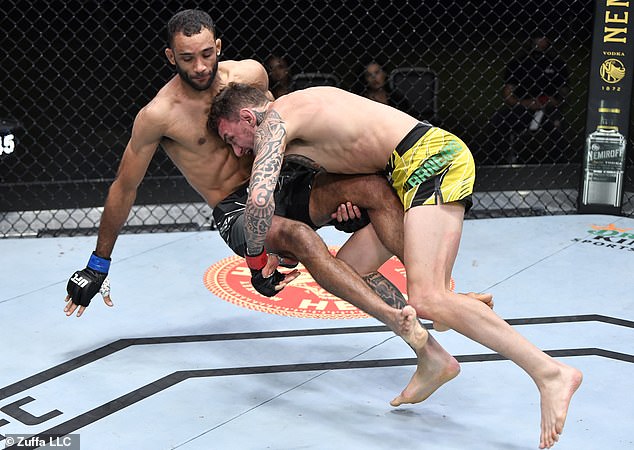 ‘It really opened my eyes, you know, to being a mixed martial artist – not just striking but also being a grappler.

‘I thought the guy [Moicano] was going to come out and strike with me, but he just wanted to grapple, didn’t want to strike at all so I remember being in there and being shocked.

Now, attention turns to the next task at hand. Herbert faces Khama Worthy this Saturday night at UFC Fight Night: Costa vs. Vettori. The American has also suffered defeat in his last two fights, and Herbert acknowledges that his rival poses a threat.

‘The guy is dangerous, he is fast, he is athletic, he is in shape, he is powerful. There are all those things that I have got to look out for but I feel I am better in every area. 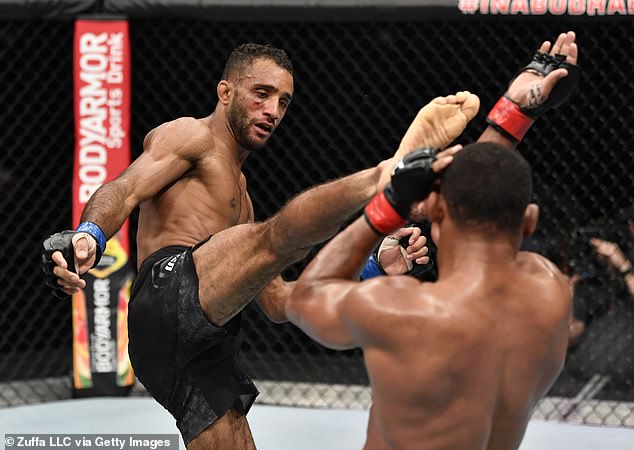 Herbert, 33, says he is ‘so hungry’ to secure his first UFC victory this Saturday night in Vegas

‘That being said, he is a dangerous fighter so I will have to be switched on for the 15 minutes.’

A flawless 15-minute performance will give Herbert a much-needed first UFC victory. The 33-year-old insists he is desperate to break his duck come Saturday night.

‘Honestly, I am so hungry to get this win, it’s everything I want – to win in the UFC and prove I am at this level. It is one of my dreams and I am going to get one of those dreams on Saturday night.’

Watch Jai Herbert vs Khama Worthy during UFC FIGHT NIGHT®: COSTA vs. VETTORI on Saturday October 23, at a prime-time slot on BT Sport 2 from 7pm. Prelims are live on UFC Fight Pass from 6pm.