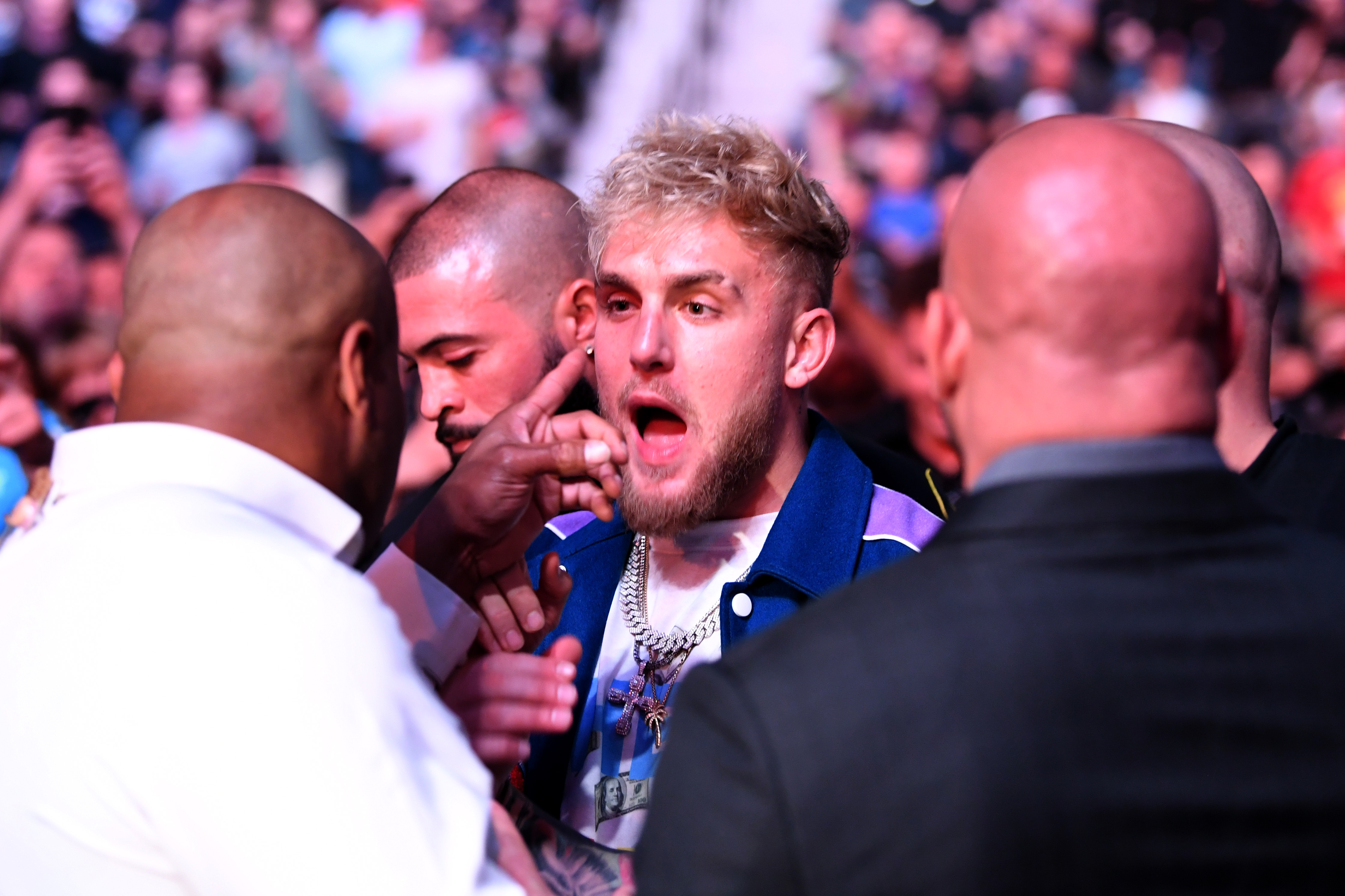 Jake Paul’s bitter feud with Dana White stepped up a notch on Sunday night as he branded the UFC president a ‘douche’ and accused him of underpaying his fighters.

Shortly after his victory, Paul claimed that the bout had attracted $1.3million pay-per-view buys, with the event generating around $65m. But many high-profile figures in the boxing and UFC community have gone on record questioning the accuracy of these eye-watering figures.

White was among those suggesting had Paul spread fake news and said the numbers been bandied about were ‘full of s***’ and ‘not even f***ing close’ to the truth.

‘Do you know what would happen to this guy [in the UFC]? He ain’t fighting in the UFC. He’s getting hand-picked opponents, and God knows what else is going on with that whole f***ing thing.

‘They didn’t pull those kind of numbers at all… not even f***ing close. What happened here tonight is what I do: The best versus the best.

‘Pay them their fair share…$10m purse for each guy, plus PPV.

‘Why are UFC fighters so underpaid vs boxers? Why did I make more in my 3rd fight than all but two (Khabib & Conor) UFC fighters have in history?

Paul has made no secret of his interest in a possible fight with Conor McGregor down the line and called out the Irish superstar in a string of lewd videos posted to his social media pages earlier this year.

And while McGregor had refused to rise to the bait, he shut down any talk of a potential bout in a blunt tweet clearly aimed at the outspoken American this weekend.