Boris Johnson visited the Jimmy Egan Boxing Academy to promote his Brexit campaign… since then, grassroots boxing has been left out of the emergency Covid winter fund and they need the Prime Minster’s help

Fifteen months ago, Boris Johnson waltzed into the gym where Tyson Fury trained as an amateur in south Manchester armed with boxing gloves to promote his ‘Get Brexit Done’ campaign.

But Jimmy Egan’s boxing academy is now on the verge of bankruptcy, and brothers Shaun and Steve Egan are desperately urging the Prime Minister to support grassroots boxing.

The sport was left out of the Government’s £300million emergency Covid winter fund. 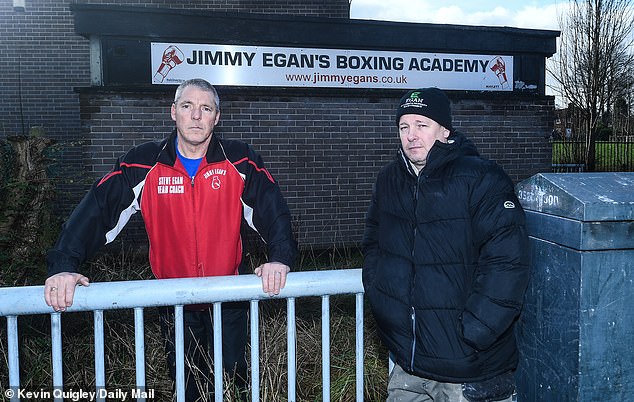 ‘We do feel forgotten a bit, it’s a shame,’ Steve tells Sportsmail. ‘The powers that be don’t value it — they don’t understand it. They think we are making thugs, people who are going to cause trouble.

‘It takes the violence out of the kids, and they don’t see it. We have an influence on kids that other sports can’t touch.’

Shaun adds: ‘I can understand how he (the Prime Minister) would be overtaken by the events going on. We wrote a letter recently to say hi, we are here still. If there’s any help you can give us, please do.

‘We had a brew in the kitchen (at the time) and I gave him my point of view — let’s get behind boxing gyms. He might walk away and forget what we said but if he was to act upon it, it’d be great.’ 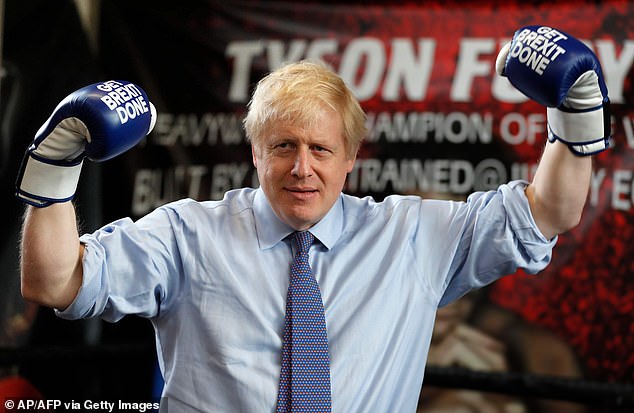 Their main sources of income are long gone, leaving the brothers reliant on donations from the Wythenshawe community. The club has been around for 41 years — relocated 13 times and renamed six, the final name change being in 2004 to ‘Jimmy Egan’s boxing academy’ shortly before father Jimmy succumbed to cancer.

‘Local people have come forward and donated £5, £10,’ says Shaun. ‘A young boy who lost his dad a few years ago did a sponsored 7k run and raised £250. He put a nice thing on social media saying the gym was there for him when he needed support.’

On the back of Sportsmail’s report on the struggles of the Repton boxing club in December, Anthony Joshua provided a ‘substantial donation’ to the UK’s amateur boxing federations.

The brothers say they have not received any money from England Boxing but hope funds will arrive imminently. 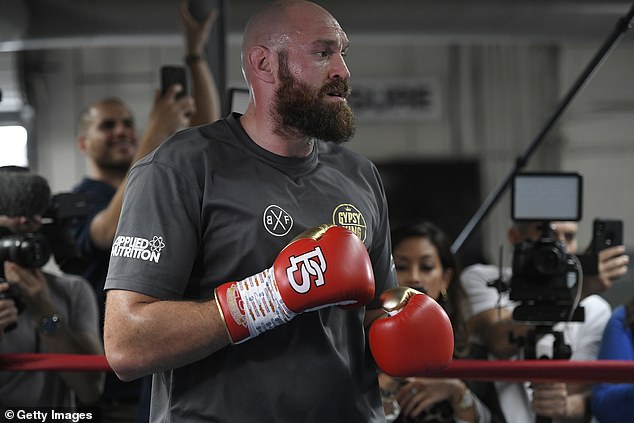 Images of the Gypsy King adorn the well-worn walls. He is central in a collage featuring Muhammad Ali and Ricky Hatton.

‘He is one of ours,’ beams Steve. ‘We’re proud of him. We’ve done a lot of work with him over the years from day one to going professional, we got him to the top of the amateurs.’

Uncertainty around regular income points to a tough year ahead. But the gym won’t go down without a fight. Steve says: ‘We’re not giving up. It would break my heart if this shut. It’s for my dad, it’s for us, it’s for our community.’