Not that long ago the Scotsman globally recognised as Britain’s finest active boxer was having to borrow a few quid from his parents so he could take his girlfriend out to supper.

A bob or two more if he fancied a Saturday night drink with his mates.

Josh Taylor is mortified that he cannot repay his folks in the best possible way by flying them to see his name up in lights in Las Vegas, watch him go for glory and — he is convinced — write history on the Strip tonight.

Nor the girl who is now his fiancée. 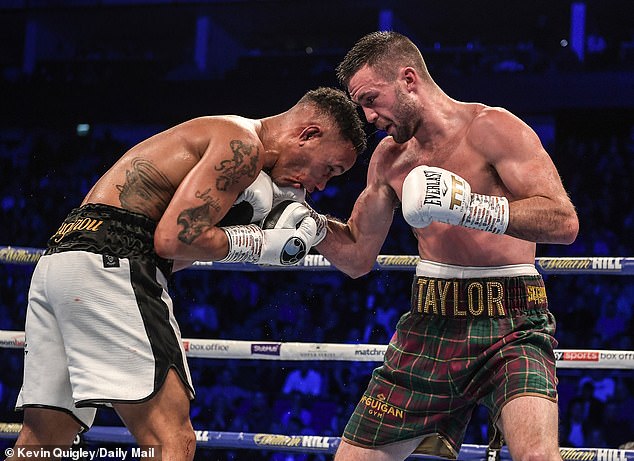 ‘So sure that if I was a betting man I’d go into a casino here and put my house on winning this fight.

‘But I’m gutted that my mum, my dad, my sister and Danielle cannot be here to share this moment with me. The moment when my ambition is going to come true.’

Their absence has been compelled by the strict limitations imposed by America against travel from the UK and the EU.

‘I tried all I could to get permits for the family,’ says Taylor. ‘But when the Biden administration took over they clamped down even harder on visas. It doesn’t seem right. My parents worked all hours and made huge sacrifices so I could chase my goal to be one of the world’s best boxers. Like my sister, they backed me to the hilt. 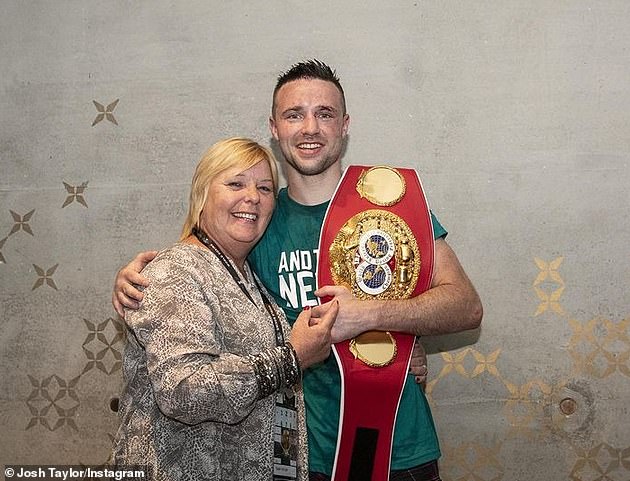 ‘I hated having to asked my mum and dad for fifty pounds to court Danielle over dinner or some cash for the weekend. But many times between jobs I had no money at all. They all stuck with me.

‘It’s a kick in the teeth that they and Danielle are banned from being here to see it all become worthwhile. But I’ve had to move on. There’s a job to do. I’ve been staying in a house five miles from the Strip so as to avoid any distractions and I can’t take my mind off this fight.

‘This is for my legacy and our futures. The moment which my idol told me would come.’

The legendary Ken Buchanan, also a double world champion son of Edinburgh, tipped ‘this young Josh’ to emulate his own achievements and Taylor insists: ‘I will be our first four-belt world champion but I won’t regard that as making me greater than Ken. If people see me as his equal I’ll be delighted.’

As the only British fighter currently in Ring magazine’s ratings of the top 10 pound-for-pound boxers in the world, he will be ‘just as thrilled’ if a famous victory here raises him higher than his present position of ninth.

Ramirez, California-born son of undocumented immigrants, brings his own imperatives to a contest expected to pitch Taylor into another Fight of the Year battle. Perhaps one even more spectacular than his 2020 war with Regis Prograis. 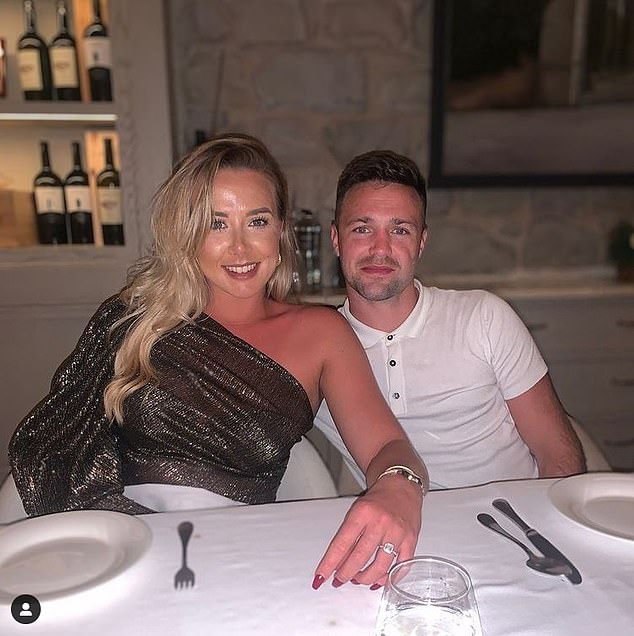 If so, the major TV sports networks in Britain will regret not getting behind Taylor and leaving live coverage to Fite TV.

Ramirez says: ‘Yes, I want to be the first four-title undisputed champion of Mexican origin. That is the stuff of legacy. But I am also fighting for the water rights of farmers like my father, for agricultural workers, for all the immigrants caught up in the nightmare at the southern border. On behalf of them, I will go through hell to win this historic fight. It is one I cannot afford to lose.’ Taylor demurs:

‘He will go through hell against me. But when I beat him he will not be a loser in anything he does. He will still be a great champion in the ring and a true champion for his people. One loss will not change that and he is young enough to come again.’

The mutual admiration between Ramirez, 28 year-old wearer of the WBC and WBO belts, and Taylor, at 30 the WBA and IBF champion, is refreshing and absolute.

Ramirez: ‘Taylor is a true warrior, like Mexican fighters. He will be my hardest fight.’

The Tartan Warrior: ‘I have huge respect for Ramirez. He is a very good human being who does so much for his causes and his people. A truly decent man. And a very, very good fighter. He brings real pressure and attacks from different angles. He is not a unified world champion for nothing.’

So why is Taylor so confident? ‘Because his one way of fighting is coming forward. If you stop him doing that he doesn’t seem able to adapt. But more importantly, I’ve never been so well prepared. I’ve invested a lot in this fight. Ben Davison has brought a lot as trainer. I haven’t spared a penny, bringing in top nutritionists and video analysts. 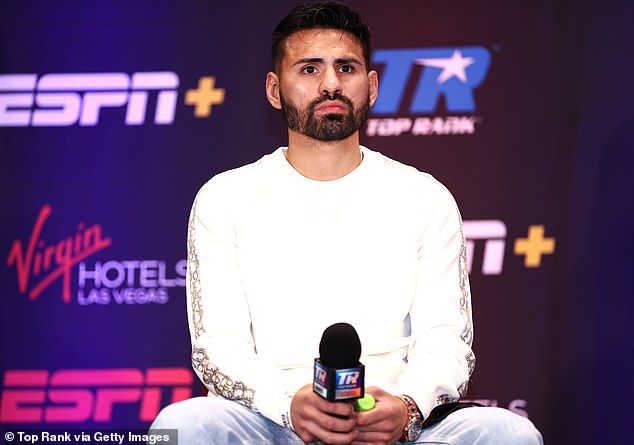 Although only 1,000 fans will be allowed in the compact arena, he adds: ‘They will make noise and that’s much better than boxing behind closed doors the alien way we’ve been doing in these crap lockdowns.’

The prohibition against up to 6,000 Scots coming to America played a part in moving the fight from the hallowed MGM Grand Garden to a small music hall in the newly renamed Virgin Hotel, formerly the Hard Rock.

But Taylor’s image is still up there in lights on huge hoardings and he says: ‘That’s pretty damn cool. Seeing that in Vegas for the first time was a pinch-me moment. It told me that my dream is about to come true.’

The casino sports books here agree. What opened as a 50-50 pick-em fight has shifted in the betting. Taylor is now a 1-3 on favourite, Ramirez 2-1 against.

Looks about right. If I owned the house that Josh built on all his victories so far I would be tempted to place it on him winning by late stoppage or clear decision.