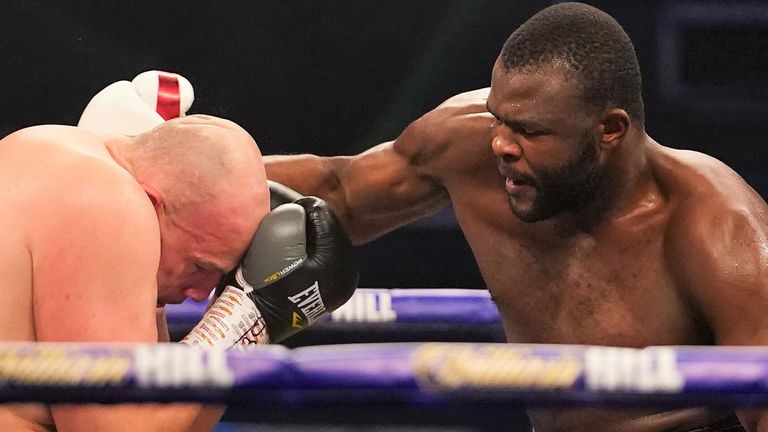 Martin Bakole completed a composed points victory over Sergey Kuzmin to claim the WBC international heavyweight belt at The SSE Arena in Wembley.

The Congolese fighter, who is based in Scotland, neutralised Kuzmin’s aggression with his accurate jab as he earned a unanimous decision with scores of 98-92, 97-93 and 96-94.

Bakole swiftly found his range in the opening round as he unloaded a powerful right hand, then followed up with crisp body shots. 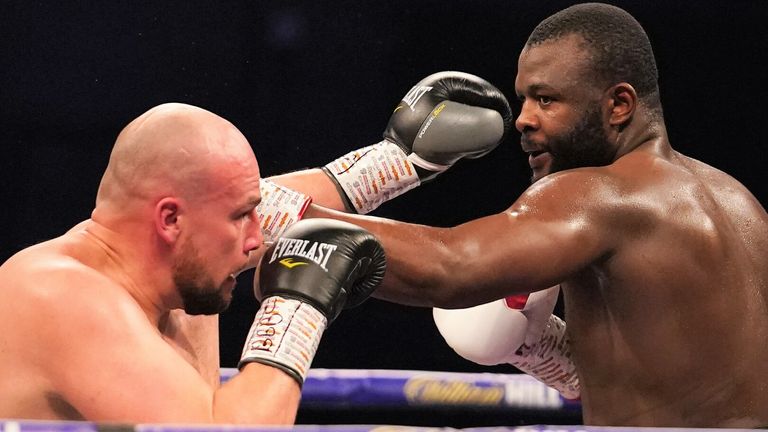 A thudding left hook troubled Kuzmin in the second, sparking a fiery exchange, and Bakole chipped away with his probing jab when the pace dropped in the third.

But Kuzmin displayed his threat at close quarters in the fourth, ramming in a right hand, and he caught Bakole with a clubbing left hook during the fifth.

Sensing the danger, Bakole jabbed well from distance in the sixth round, and he continued to spear Kuzmin with left hands in the seventh.

Kuzmin showed more urgency in the eighth as he delivered an eye-catching uppercut, but Bakole kept him at bay with a streams of jab in the ninth.

Into the 10th and final round, Kuzmin immediately uncorked a clubbing right hand, although he could not find a finishing punch and Bakole stayed in contention for a major fight.

Earlier in the evening, Kieron Conway floored Macaulay McGowan as he sealed a unanimous decision victory with scores of 100-90, 100-89 and 100-89. The 24-year-old super-welterweight produced a dominant performance, sending McGowan to the canvas with a flurry of shots in the eighth round to extend his winning margin.

Watch Joshua vs Pulev on Saturday, live on Sky Sports Box Office, from 6pm. Book it via your Sky remote or book it online here. Even if you aren’t a Sky TV subscriber you can book and watch it here.