Joe Joyce and Daniel Dubois could BOTH receive world heavyweight title shots in 2022, says Frank Warren… as the promoter insists a rematch between the pair is off the cards for now with both men in No 1 positions

A rematch between Joe Joyce and Daniel Dubois is unlikely to take place this year because the pair are both in line for world heavyweight title shots, according to promoter Frank Warren.

Joyce got the better of Dubois when they first collided in November 2020, with a broken eye socket leaving his younger rival unable to continue in the 10th round of their contest.

Dubois has since bounced back with knockout victories over Bogdan Dinu and Joe Cusumano, results which have moved him top of the WBA’s heavyweight rankings. 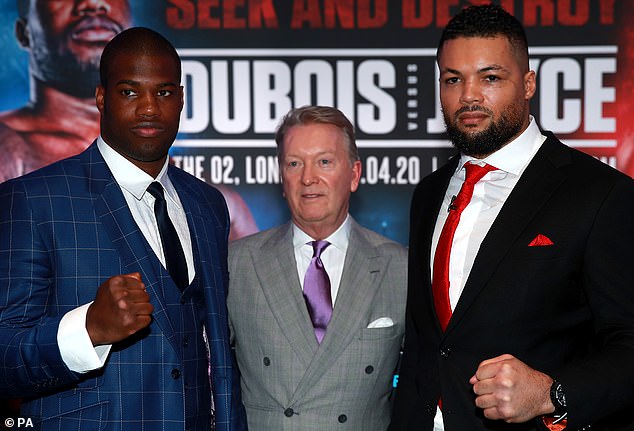 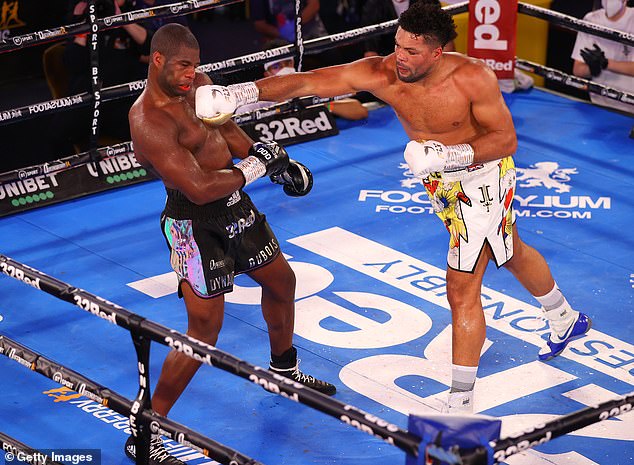 As for Joyce, he still holds the No 1 spot in the WBO rankings and could soon meet either current champion Oleksandr Usyk, his upcoming opponent Anthony Joshua or, should he topple either of them in a potential undisputed battle, Tyson Fury.

Many are still hoping to see the Juggernaut take on Dubois for a second time after an injury halted their first meeting somewhat prematurely, but Warren believes it will come later down the line.

‘The rematch is on our radar but it’s pointless to be doing that when both Joyce and Dubois are in number one positions,’ the Queensberry chief, who promotes both men, told BBC Sport. 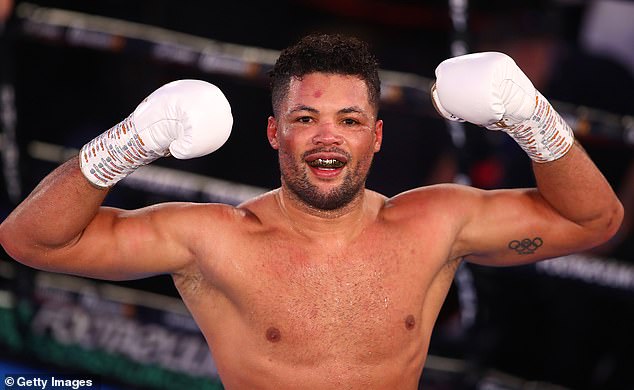 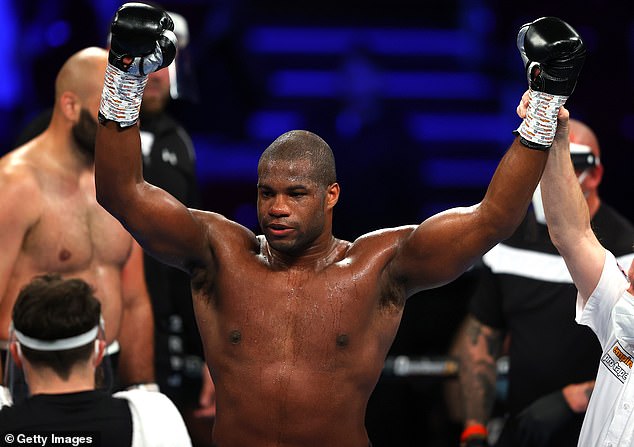 ‘It’s always a good fight between Joe Joyce and Daniel Dubois and it’s always there – and it will be better next time round because it’ll be in front of a live audience.

‘These guys will be in a world title fight one way or another, either against Tyson Fury [if he becomes undisputed champion] or someone else. They’re in an extremely strong position.

‘That’s why it doesn’t quite make sense to do Joyce v Dubois II right now. But when they do fight each other they will have much more experience. It could be a stadium fight.’

A first undisputed heavyweight champion in over two decades could be crowned this year, as the winner of Fury’s potential clash with Dillian Whyte and Usyk’s rematch with Joshua are likely to meet for all the marbles in the summer.

Joyce could then be matched with the victor at the end of 2022, while in the meantime Dubois may target WBA Regular champion Trevor Bryant.

‘Everything depends on what happens with the heavyweights, whether the belts fragment or there’s a unification but they’re in good positions,’ Warren added.

‘I think Tyson beats them all, but should he become undisputed, will he be able to hold on to all the belts or be forced to vacate? Will Tyson defend against Joyce or Dubois? It’s hard to predict.’