Katie Taylor says Natasha Jonas has already shown that she can be ‘hurt’ as the Irish star dismissed the knockout threat from her British challenger ahead of their world title fight.

Taylor defends her undisputed world lightweight titles on Saturday’s Chisora vs Parker bill, live on Sky Sports Box Office, and Jonas has suggested that she can produce a stunning stoppage win in Manchester.

But the unbeaten champion believes Jonas is more likely to suffer a defeat inside the distance after she was previously halted by Viviane Obenauf in 2018.

“No, I don’t think I’m someone who anyone can get under my skin,” Taylor told Sky Sports.

“I don’t believe anything they’re saying. I know that I’m going to be at my very, very best tomorrow night.

“Tasha has got a loss on her record herself, and that loss has come from a knockout, so if anybody can be hurt it’s actually her.

“But it’s going to be a great fight, I’m really looking forward to it. Two top quality opponents facing each other, this is what it’s all about.” 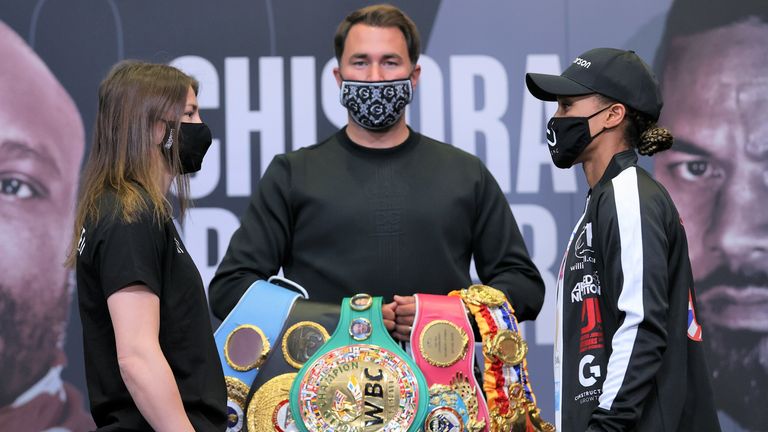 Taylor was inside the limit at 9st 8lbs, with Jonas matching her weight on the scales.

“Once the weigh-in is done, it’s official then,” said Jonas. “I feel good, I’m in a good place. I’ve been saying it all week, whether people believe it or not.

In the main event, Derek Chisora weighed in an 17st 12lbs, with Joseph Parker coming in at 17st 3lbs for their heavyweight showdown.

Chisora then became embroiled in a heated row as a coin toss was held to decide the order of their ring walks.

Chris Eubank Jr also makes his return to Britain after teaming up with new trainer Roy Jones Jnr in America.

“I want to show off everything I’ve worked on with Roy Jones Jr. I am complete. I have levelled up.” 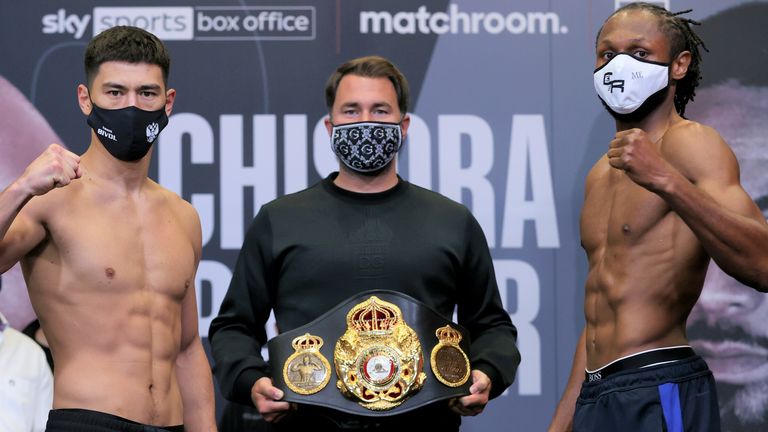 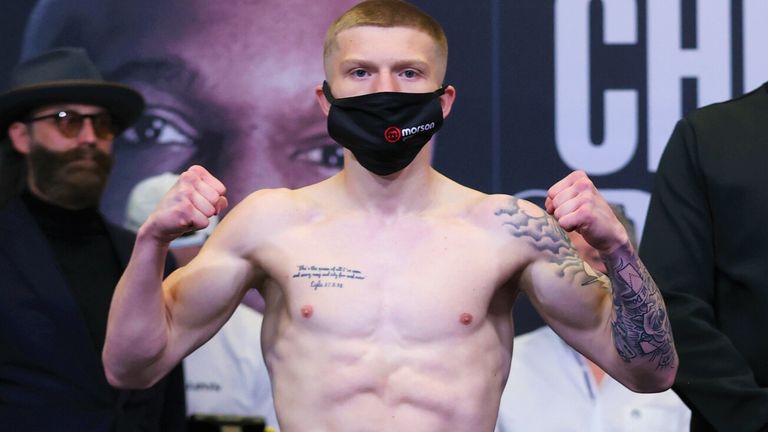 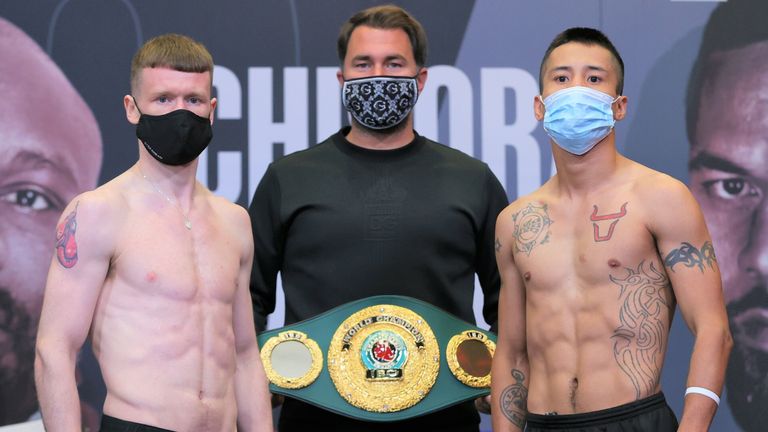 Watch Chisora v Parker and Taylor v Jonas on Saturday, live on Sky Sports Box Office, from 6pm. Book it via your Sky remote or book it online here. Non-Sky TV subscribers can book and watch it here.