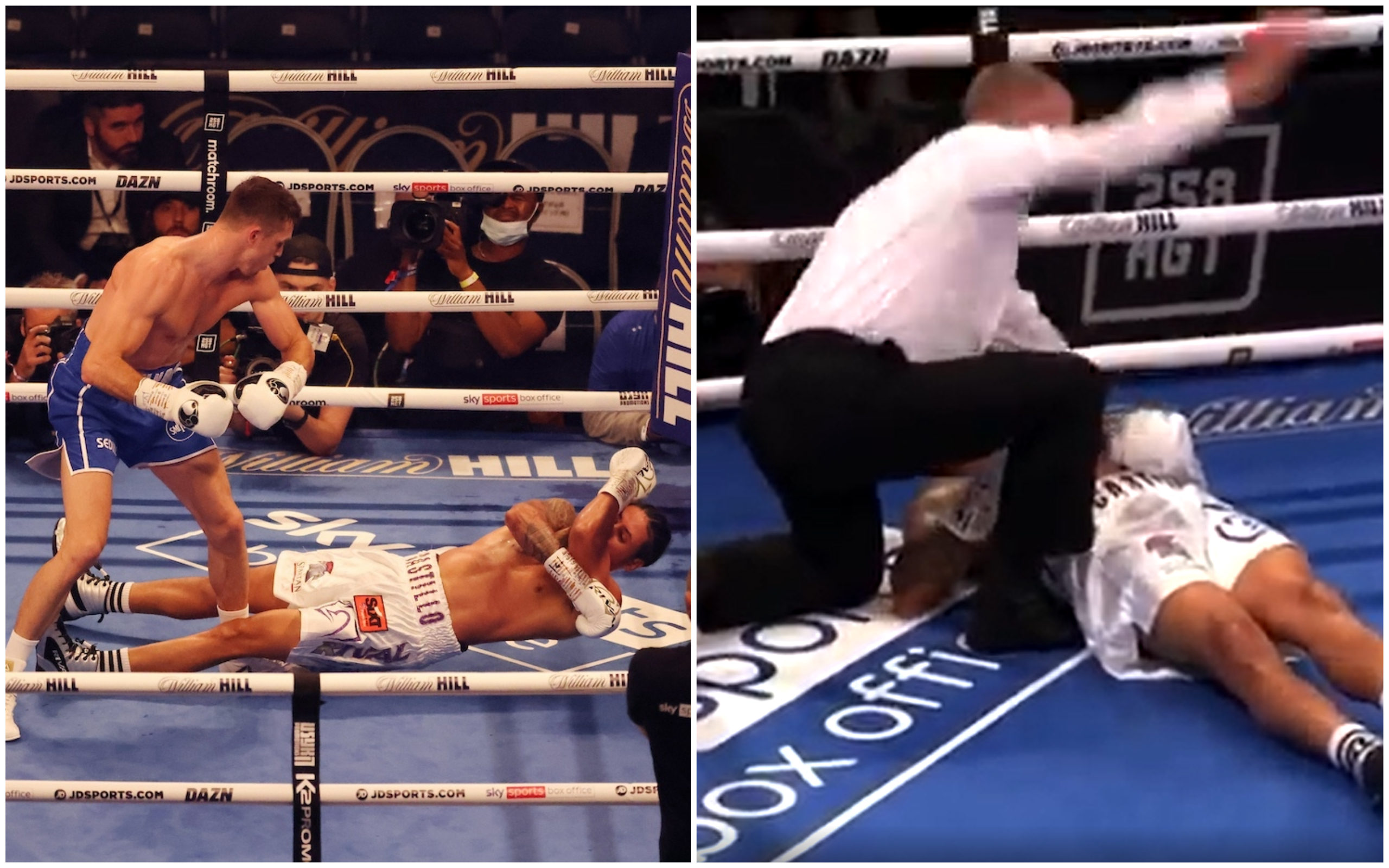 Lenin Castillo was stretchered out of the ring following his knockout defeat to Callum Smith on the Anthony Joshua vs Oleksandr Usyk undercard.

Former super-middleweight champion Smith was making his debut at light-heavyweight at the Tottenham Hotspur Stadium.

The Liverpudlian floored his opponent with a huge shot in the second round.

Castillo hit the mat with his legs visibly shaking as he lay prone on the floor with medical staff immediately called for.

Smith had ran to climb the ropes to celebrate an emphatic win but immediately climbed down after noticing his stricken opponent.

Sky Sports report Castillo did regain consciousness after being carried backstage and is being taken to hospital as a precautionary measure.

He wrote on Twitter: ‘A horrible brutal knockout. Castillo is responsive and on his way to hospital.’