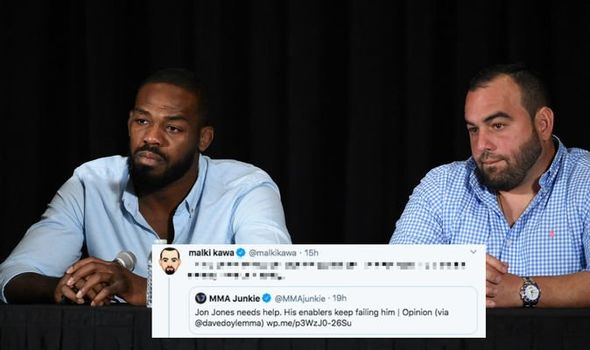 Jon Jones’ manager Malki Kawa has broken his silence on the UFC light-heavyweight champion’s latest brush with the law. The pound-for-pound king was arrested by the Albuquerque Police Department in the early hours of Thursday morning (PT).

According to the APD’s report, Jones, 32, was arrested for allegedly driving under the influence and for negligent use of a firearm.

The incident is alleged to have taken place shortly before 1am PT, after which an APD officer approached Jones in his black Jeep.

The officer who arrested Jones reported that the New York native clearly smelled of alcohol and denied any knowledge of hearing gunshots.

Shortly after sobriety tests were administered, the APD discovered a gun, a bullet casing and a bottle of Recuerdo mezcal in the passenger seat. 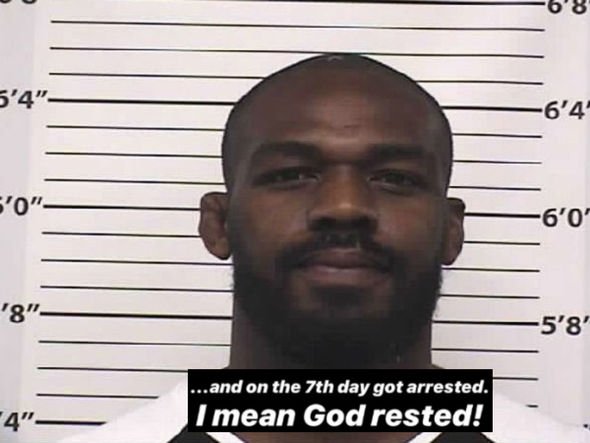 As a result of performing poorly on the sobriety tests, Jones was arrested and taken to jail – where it transpired he was twice over the limit for blood alcohol content.

The consensus greatest fighter of all time has been released and is scheduled to have a bond arraignment hearing on April 8.

Neither Jones nor any member of his team have released an official statement on the incident, although Kawa informally addressed the matter after seeing several tweets criticising those close to Jones for repeatedly allowing him to get into trouble with the law.

Upon seeing an opinion piece which claimed Jones’ ‘enablers keep failing him’, Kawa tweeted: “This is one of the laziest pieces of journalism I’ve ever seen. It’s a shame coming from USA Today.”

Conor McGregor vs Khabib Nurmagomedov 2 will happen for ONE reason

After discovering the author of the article’s tweet with a link to the story, Kawa replied: “Again, not sure who you’re referencing here, but no one ‘looked away.’

”You absolutely suck and boy did you sing a diff[erent] tune on the phone.”

A highly critical tweet of Jones from radio host Orlando Alzugaray also rubbed up Kawa the wrong way, which prompted him to fire back with an expletive-laden response.

He tweeted: “You sound like a real clickbait p***y right now. Foh [F**k out of here] with that bulls**t rhetoric.” 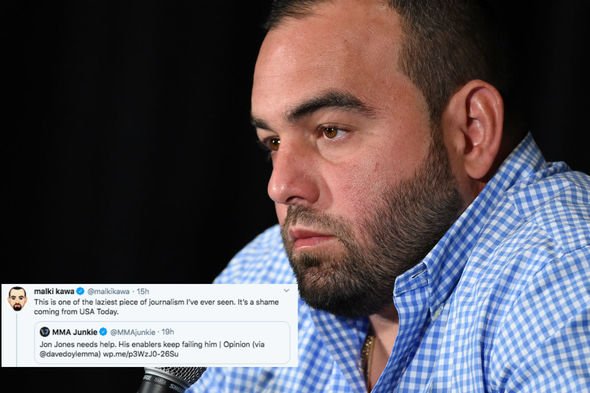 Thursday morning’s run-in with the police is the latest in a string of incidents in which Jones has fallen afoul of the law.

In May 2012, Jones crashed his Bentley whilst under the influence and pleaded guilty to DUI charges.

And in April 2015, he was involved in a felony hit-and-run incident with a pregnant woman incident in Albuquerque.

The UFC immediately stripped him of his light-heavyweight title, which he temporarily regained in August 2017 before an anti-doping violation saw the belt returned to his bitter rival Daniel Cormier.

In July 2019, Jones was charged with battery over an alleged incident at a strip club in Albuquerque. He pleaded no contest to the charge and ended up receiving a 90-day deferred sentence.

Two failed drug tests, both of which were ruled to not be the result of intentional ingestion, have also tainted Jones’ legacy.

Jones was last in action in February at UFC 247, where he registered a unanimous decision victory over Dominick Reyes to retain his 205lb title.