Niko Price suffered a horror eye injury in his defeat to Vicente Luque at UFC 249 after his opponent landed a vicious left hook.

‘The Hybrid’ was felled in the third round and, with his eye noticeably swelling shut, the welterweight clash was called to a halt.

With just 90 seconds remaining, Luque claimed the 18th professional win of his career – leaving Price to reveal the grizzly aftermath of the gun-slinging affair on social media. 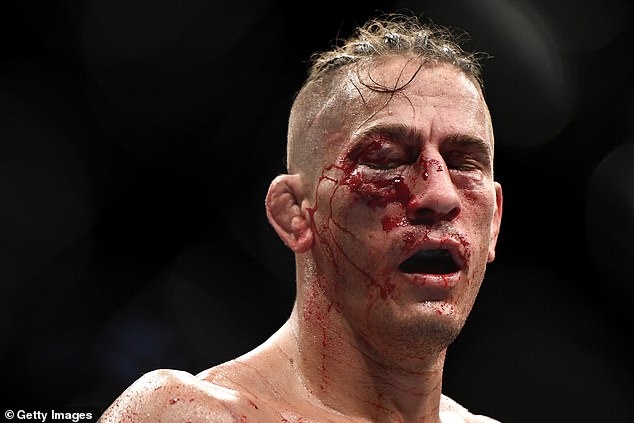 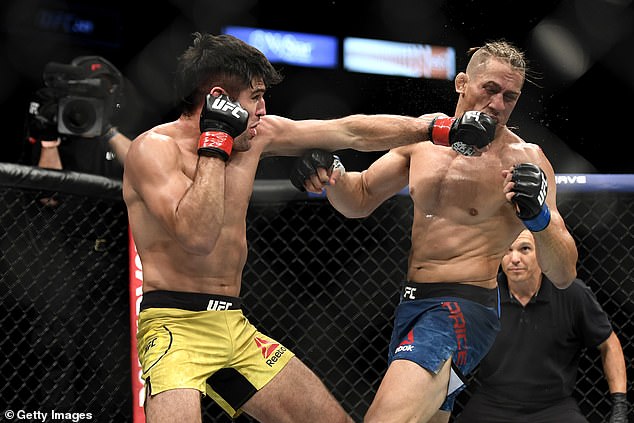 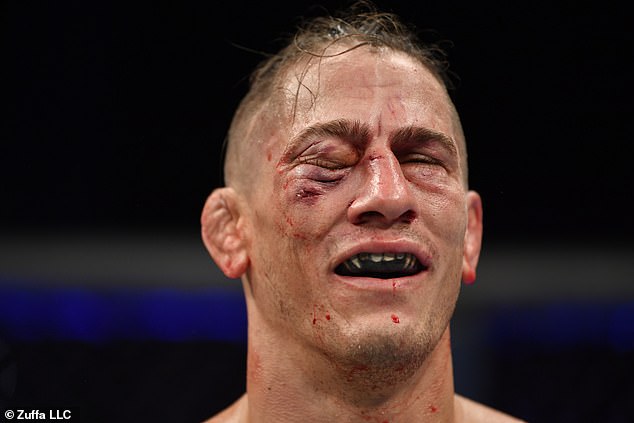 Price had been forced to emerge on the front foot in the third round, with the American fighter trailing on the scorecards, but was promptly caught by a devastating combination from Luque.

And it was Luque’s big left blow that sent Price sprawling to the canvas in Florida, although Price valiantly fought back with a string of elbows.

After referee Jason Herzog paused the scrap to allow the doctor to intervene and examine the extent of Price’s gory war wound, the tie was brought to an early close at the highly-anticipated showpiece.

According to reports, the bloodied Price was unsurprisingly taken to a local hospital after walking away from the Octagon.

With Luque crowned the victor, Price told his opponent: ‘I think you got my orbital.’ 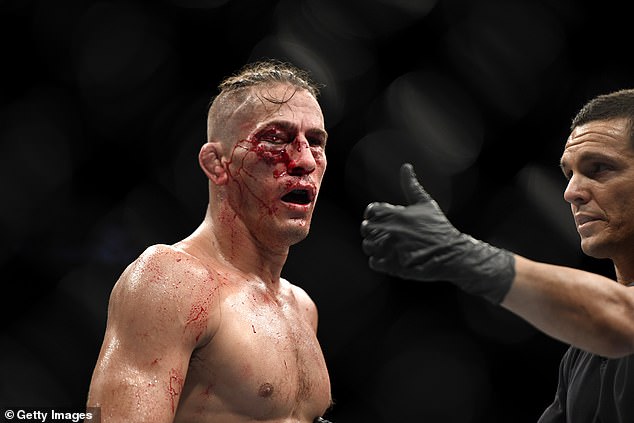 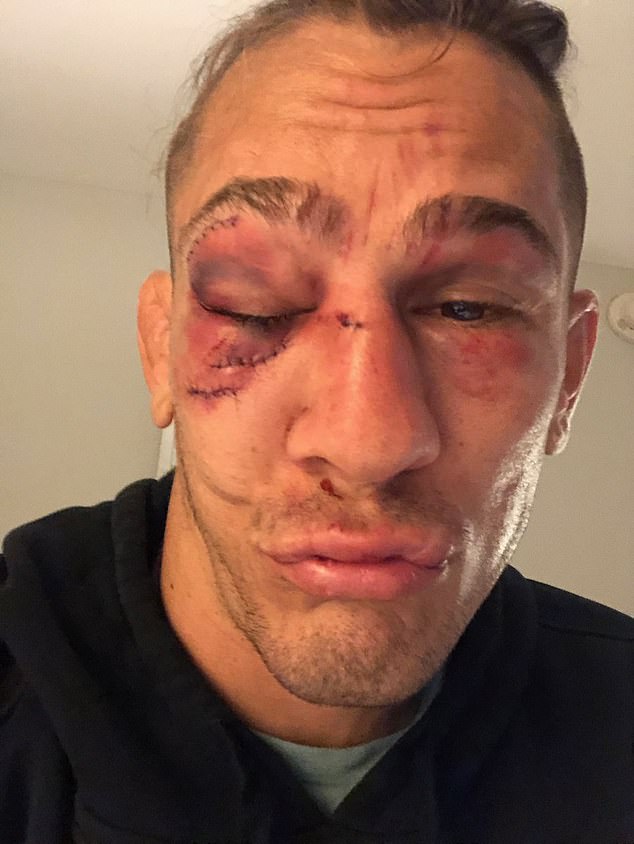 The two fighters had battled for the first time in October 2017, with Luque clinching a second round submission – and Luque revealed he has his sights set on surging up the rankings once again.

Luque said: ‘I definitely think that I’ve gotten better since my last fight and that I’m still here. I’m still here to be relevant and get up that division and eventually fight for that title.

‘I still have a lot to improve, I’m 28 years old, I’m excited for this and I’m excited for how much I have to improve. I was not able to show everything I’ve improved because Niko is an awkward guy and he came in hard and tried to take me out and brought different situations, but at the same time I felt happy with my performance.

‘And considering how everything went for this camp, it wasn’t the ideal camp with everything going on, but I feel good and I had fun in there.’