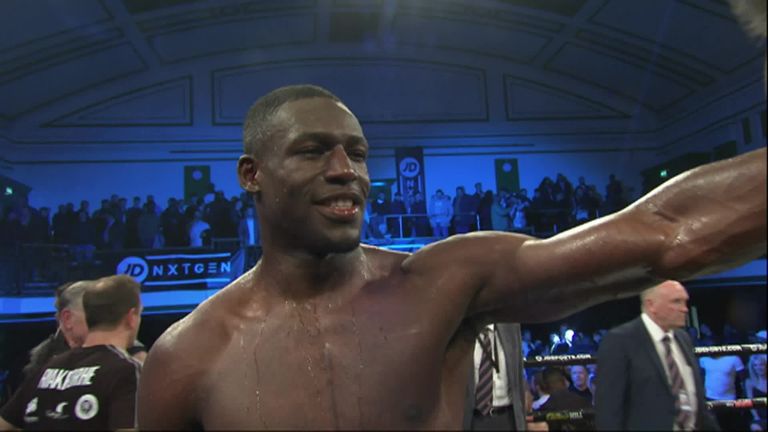 Richard Riakporhe intends to unleash even more knockout power on his rivals with his newly repaired right hand as he edges closer to a world title.

The undefeated 30-year-old seriously injured his fist while claiming the British cruiserweight title with a points win over Jack Massey in December, but is nearing the final few weeks of his rehabilitation.

Riakporhe wobbled and dropped Massey in a unanimous decision victory at York Hall, Bethnal Green, but has warned that he will be punching with increased ferocity when he returns to the ring.

“My hand is much stronger,” Riakporhe told Sky Sports. “I have the cast off now, but I’m going to start punching, probably two weeks from now.

“Take our time, make sure I heal properly. I can then come back to the ring and punch like I should be.

“I’ve just been working on using my lead hand, working on my jabs, uppercuts and body shots. I believe I’ve been punching at 50 per cent, from last year, but now my hand is fixed and I can actually feel the strength now in it. I reckon it will probably be back up to 80 per cent, 90 per cent.

“Once everybody sees my next fight, they are going to see me land, and there will definitely be a difference.” 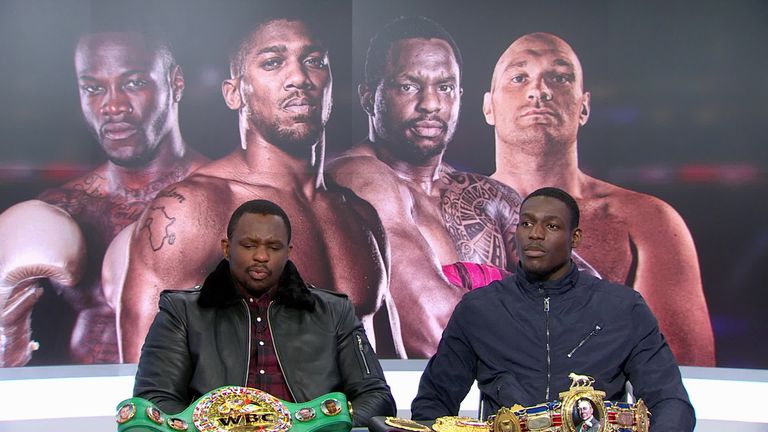 After rising to No 3 in the WBA rankings, Riakporhe hopes to move closer to a world title shot, with Arsen Goulamirian holding the WBA ‘super’ belt, while Beibut Shumenov is the WBA ‘regular’ champion.

London rival Lawrence Okolie is also set to test himself at the highest level when he faces Krzysztof Glowacki for the vacant WBO belt, with a date and venue to be confirmed.

“My ambition was always to be a world champion, and we’re in a good position at the minute,” said Riakporhe. “I’ve checked the guys around me, they are definitely beatable, especially in the WBA rankings.

“Everybody is really tuned into the cruiserweight division, because of Okolie as well. He’s fighting for the WBO title against Glowacki and that’s definitely going to spice things up a bit more. 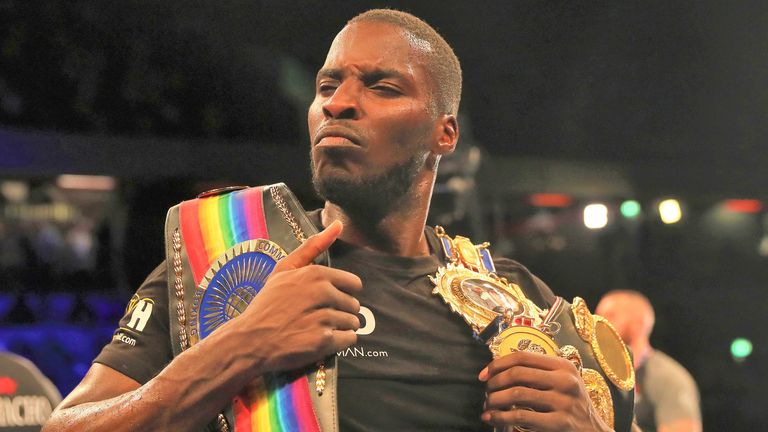 “Now everybody wants to see who is the best in the country? It’s just a matter of time before these fights materialise.

“If Okolie wins that fight, it’s up to him whether he wants to take a fight against me, or against somebody else. We just have to wait and see what they are interested in, but I have always said I’m game for a fight against Okolie.

“It all depends as well, if he wins the fight, because we just have to focus on what is in front of us first, then we can focus on all the other possibilities afterwards. It could happen next year, or the end of this year. You never know.”

Riakporhe has maintained his training regime, despite the ongoing coronavirus pandemic, and makes an appearance in Fighting Fit, a brand-new health and fitness series produced by Matchroom Boxing and Sky Sports.

📺From 13th April – weekdays 8am or 9am pic.twitter.com/bM4bxqo2Ax

“It was intense actually,” said Riakporhe. “I thought I was going to take it easy, but halfway through the challenge, my arms seized up, but I had to keep my poker face on.

“Everybody is finding it difficult at the minute, it’s not easy for a lot of people, who are suffering in different ways, but I think the best thing we can do is think positive and exercise.