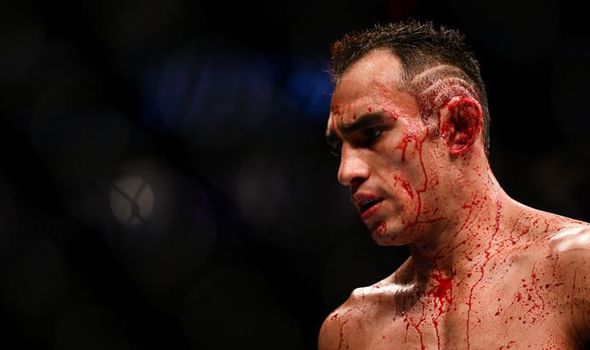 Tony Ferguson has broken his silence on his showdown with Justin Gaethje. After nearly a week of uncertainty, the UFC announced on Monday that the Ultimate Fighter season 13 winner will lock horns with the former World Series of Fighting lightweight champion in the main event of UFC 249 on Saturday week, with the winner of the contest being crowned interim 155lb champion.

The pair’s long-awaited meeting, which has been nearly five years in the making, fell through last week when Russia introduced a blanket travel ban to curb the spread of the coronavirus, which has left Nurmagomedov on lockdown in Dagestan.

Ferguson, understandably, was disappointed with the collapse of his eagerly-anticipated showdown with Nurmagomedov – which is arguably the most intriguing match-up in the UFC due to the pair’s respective skillsets.

But the 36-year-old, who is riding a 12-fight win streak, is now focused solely on the task in front of him.

JUST IN: Rose Namajunas out of Jessica Andrade fight as UFC249 suffers blow 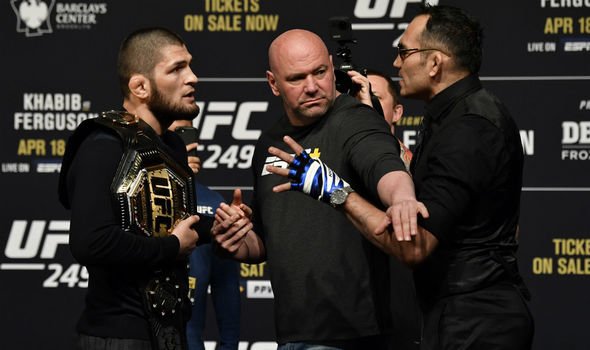 I’m gonna hit him so hard, that dude is gonna see stars.

Tony Ferguson on his UFC 249 showdown with Justin Gaethje

“I don’t know what I’m trying to accomplish man,” Ferguson said. “I just know whenever we talk about the fight, people keep smiling.

“No matter who they put in front of me, like I said in The Ultimate Fighter, this is a tournament. I’m gonna go in there and do my job as best as I can.”

Although his focus has shifted solely towards handing Gaethje his third loss inside the Octagon, Ferguson remains adamant he would’ve wiped the floor with Nurmagomedov.

He said: “Khabib was gonna get his ass kicked, but he’s no longer in the picture as far as I’m concerned.”

Fan favourite Gaethje will enter his maiden UFC title fight in the form of his Octagon career.

The 31-year-old is currently on a three-fight win streak having ended his bouts with James Vick, Edson Barboza and Donald Cerrone via first-round knockout.

Ferguson, however, is confident ‘The Highlight’ will become his 13th consecutive victim.

In fact, ‘El Cucuy’ firmly believes he’ll add the Arizona native to his own highlight reel. 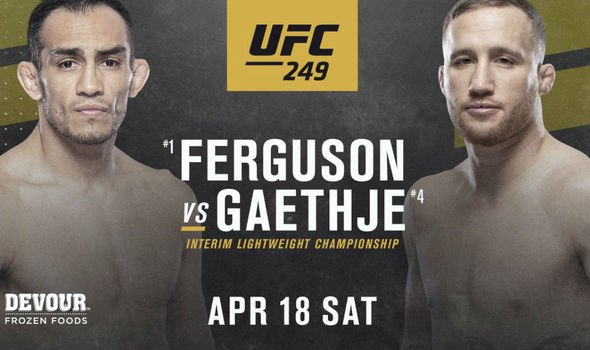 “We got Justin Gaethje,” he said. “They call him ‘The Highlight’? I’m gonna give him a highlight of his own.

“I’m gonna hit him so hard, that dude is gonna see stars.”

Ferguson, 25-3, was last in action last June in the co-main event of UFC 235, where he recorded a second-round TKO victory over Cerrone.