Tyson Fury says that NHS workers should be honoured and given MBEs by the Queen for their efforts in battling to stop the spread of the coronavirus in the UK. Fury also revealed he’s been offering his help to people with anything they need where he lives in Morecambe.

The coronavirus has halted all sport across the world, with boxing in the UK on hold until June.

Promoters Eddie Hearn and Frank Warren in the UK have had to postpone all of their shows until at least late June.

Fury was supposed to fight Deontay Wilder on July 18 in a trilogy fight but it’s been pushed back to October because of the virus. 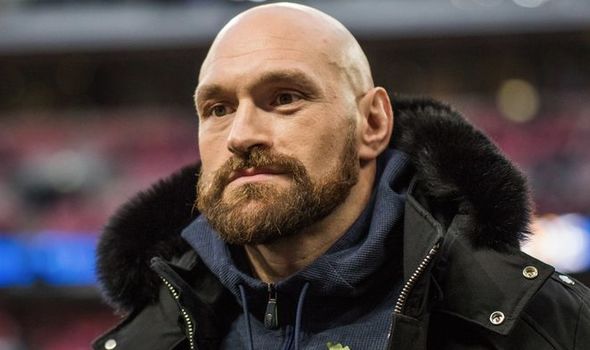 The Gypsy King has been holed up at his residence in Morecambe with his wife and kids, entertaining fans on social media with his daily workouts.

And now Fury has praised the efforts of NHS workers battling against the virus.

“The NHS are saving thousands of people on a daily basis, but you know you’ve got your other community service people who work for the community,” he told Sky Sports.

“You’ve got all these people who are very busy, doing day-to-day stuff that we take for granted again.

“The NHS are doing a fantastic job for the country.

“All my applause and respect goes out to these people, because they are saving tons and tons of lives on a daily basis and putting their own lives in jeopardy. 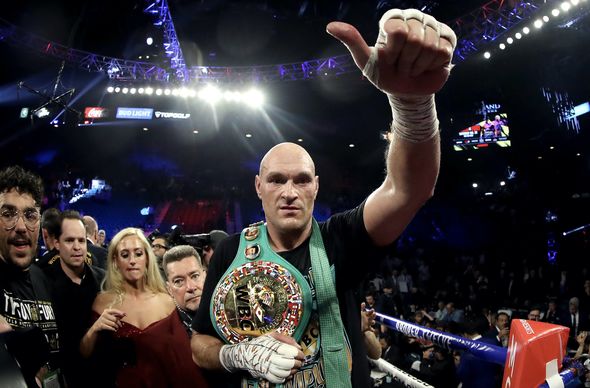 “I think they all need honouring from the Queen, like MBEs and stuff.”

“I’ve been doing bits and pieces, like around the local area, asking people if they need anything and stuff like that.

“A time of need, we all unite, and we all show that there is a lot of love and care for each other and our fellow human beings out there.

“Never mind around Morecambe, there are a few people around the world who take advice.

“Everybody needs advice and help now and again, even myself, everybody.”