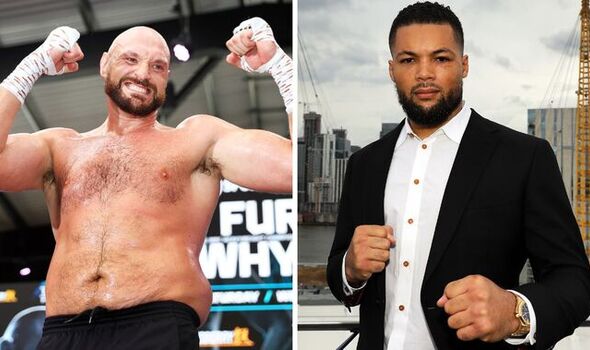 Bob Arum believes Tyson Fury will unretire and face Joe Joyce in a massive stadium fight this year. Fury’s US promoter has gone on record multiple times to suggest ‘The Gypsy King’ will come back as soon as big fights are offered to him, and thinks Joyce is the perfect warm-up for the winner of Oleksandr Usyk vs Anthony Joshua rematch.

Joyce is set to face Christian Hammer on July 2 and providing he overcomes his next challenge he could be in with a chance of squaring off against Fury in October, according to Arum.

“He’s going to fight, he’s a fighting man, and I expect Tyson Fury back in the ring before the end of the year,” Arum told Queensberry Promotions. “I think if Joe Joyce wins his fight in early July [against Christian Hammer], Tyson Fury and Joyce at Wembley at the beginning of October will do as well if not better – I don’t know how you can do better – as well as the Dillian Whyte fight with Tyson Fury.

“That will lead to a Fury fight against the winner of Joshua and Usyk. I’ll do the best I can to make sure that fight takes place in the UK because I don’t think it’s good for boxing to have a fight like that and putting it in Saudi Arabia.”

When asked what he thought about the Usyk-Joshua rematch taking place in Saudi Arabia, Arum stated that ‘it’s not good for the sport’.

“I think you make more money doing it that way, but I don’t think it’s right for the fans. Boxing is a sport that depends on the enthusiasm of the fans, and you would never think of taking the Super Bowl and moving it to Saudi Arabia, no matter what the Saudis are willing to pay,” Arum said.

“In the short term, it might be advantageous to go to Saudi Arabia to grab the money. But long term, it’s not good for the sport.”

Joyce is currently ranked No 1 by the WBO and is sitting in limbo awaiting his mandatory shot. WBA mandatory Daniel Dubois and the winner of the IBF final eliminator between Filip Hrgovic and Zhang Zhilei are also in line to face the Usyk-Joshua II victor for the WBO, IBF, and WBA titles. As a result, a fight against WBC champion Fury would likely be ‘The Juggernaut’s’ fastest route to a world title.