Tyson Fury repeatedly told ex-trainer Ben Davison that he wanted to try and knock Deontay Wilder out in the rematch, following the first fight back in December 2018. Fury and Wilder drew their initial clash but the Gypsy King won the second bout via seventh-round TKO.

Davison did brilliantly in the corner of Fury for the first fight and most thought that the Mancunian had done enough to secure victory.

But the bout was scored a draw and Fury, who had to get off the canvas twice, felt robbed.

There were moments in the first fight where Fury landed flush but backed off instead of walking forward, fearing a knockout blow would come his way from Wilder. 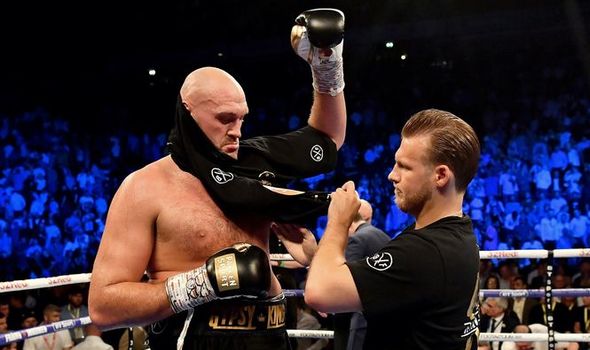 But according to Davison, who Fury parted ways with for attacking coach SugarHill Steward last year, going for a KO was all the heavyweight champion spoke about following the first fight.

He told iFL TV: “Tyson said all the time, since that 12th round straight after the fight and all the next training camps, every time I spoke to him Tyson was adamant that was the way he wanted to go about the [second] fight.”

“And he proved to be right. You know, he did take something away from Wilder.

“Sometimes as the fighter in there, you can feel something that the trainer can’t feel effectively, while being in there.

“And I just feel that he felt that he took something away from Wilder. And it looked that way going into the second fight.”

Fury knocked Wilder out in the seventh round last month to win the WBC and Ring Magazine titles. 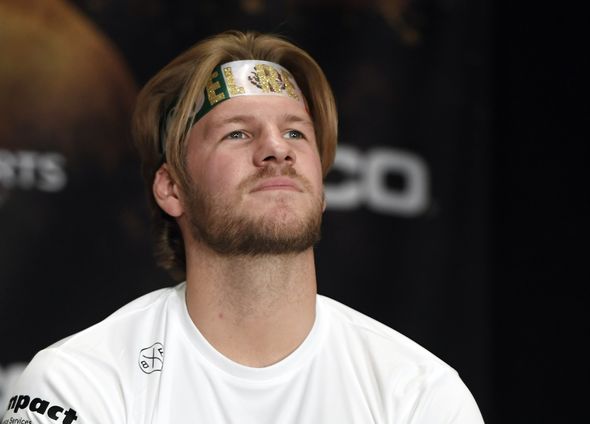 Davison added that Wilder was now the one who had to make the necessary adjustments in order to try and beat Fury.

“Now, Tyson made an adaption there, and it will be for Wilder to make an adaption,” he said.

“But there’s only so many adaptations Wilder can make. You know, the main adaption he’ll be able to make in a short space of time is to go back to a higher punch count.

“But how long can he keep that up for? So, it’s definitely an interesting one.

“I see Tyson doing another number on him – whether he does it by out-boxing him early and then setting about later on, after a few rounds, or whether he goes straight back out there and sticks it straight back on Wilder again. You know, we’ll be waiting to see.”

A third fight between the two was scheduled for July 18 but the coronavirus pandemic has pushed it back until at least October.