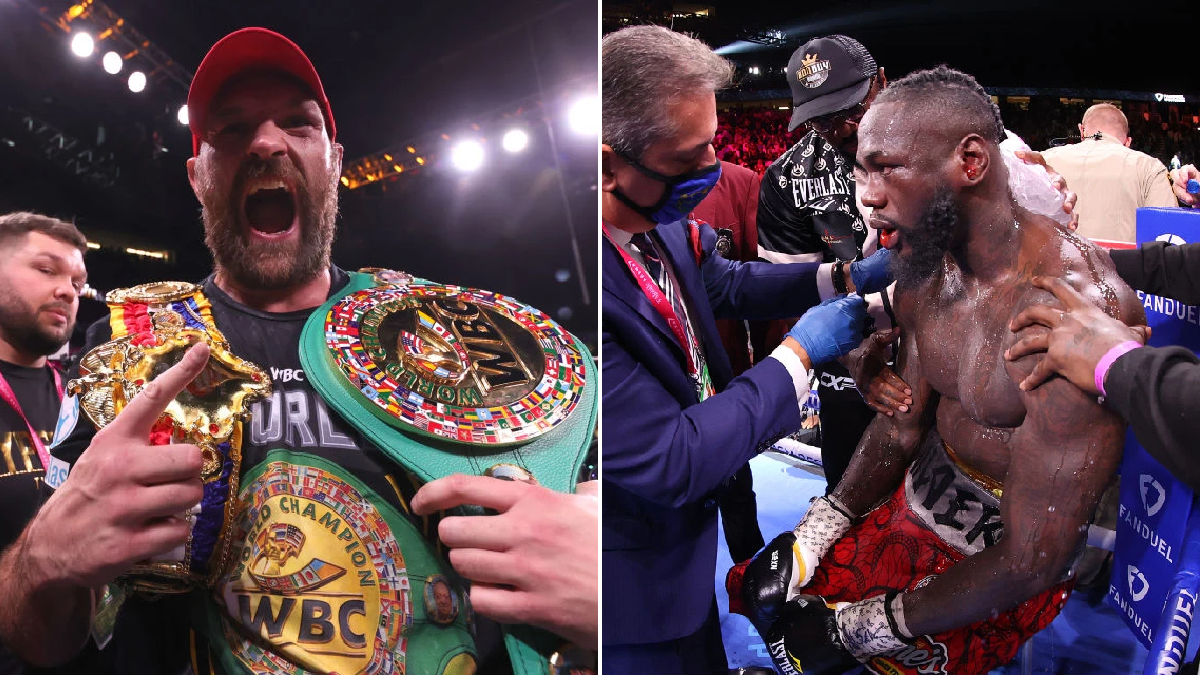 The Gypsy King retained his WBC belt after a gruelling and dramatic bout in Las Vegas, surviving two knockdowns in the fourth round to finally knock out his opponent in the 11th round.

After the KO, Fury went over to Wilder’s corner to shake hands and commend the American on an epic and courageous battle, but instead the two fighters ended up exchanging heated words.

Wilder – who has accused Fury of various underhand tactics across their three fights including putting weights in his gloves – rejected the lineal champ’s handshake, saying he did not ‘respect’ him.

Fury was furious with the American’s reaction, branding him a ‘sore loser’, though Wilder has since had a change of heart and finally congratulated the WBC champion in a post on social media on Thursday.

‘Last but not least I would like to congratulate [Fury] for his victory,’ wrote Wilder in a lengthy post. ‘Thank you for the great historical memories that will last forever.’

Fury reshared the post on his Instagram stories, adding a handshake emoji and simply writing, ‘The greatest trilogy of all time’ as the pair finally appeared to bury the hatchet once and for all.

Wilder’s manager, Shelly Finkel, had revealed earlier in the day that the 35-year-old had quickly regretted his behaviour in the ring afterwards and does respect his heavyweight rival.

‘Him and I have spoke about that and he does [respect Fury],’ Finkel told The Sun.

‘I think his mind wasn’t really there, I think if Deontay saw Fury now he would give him a big embrace.’