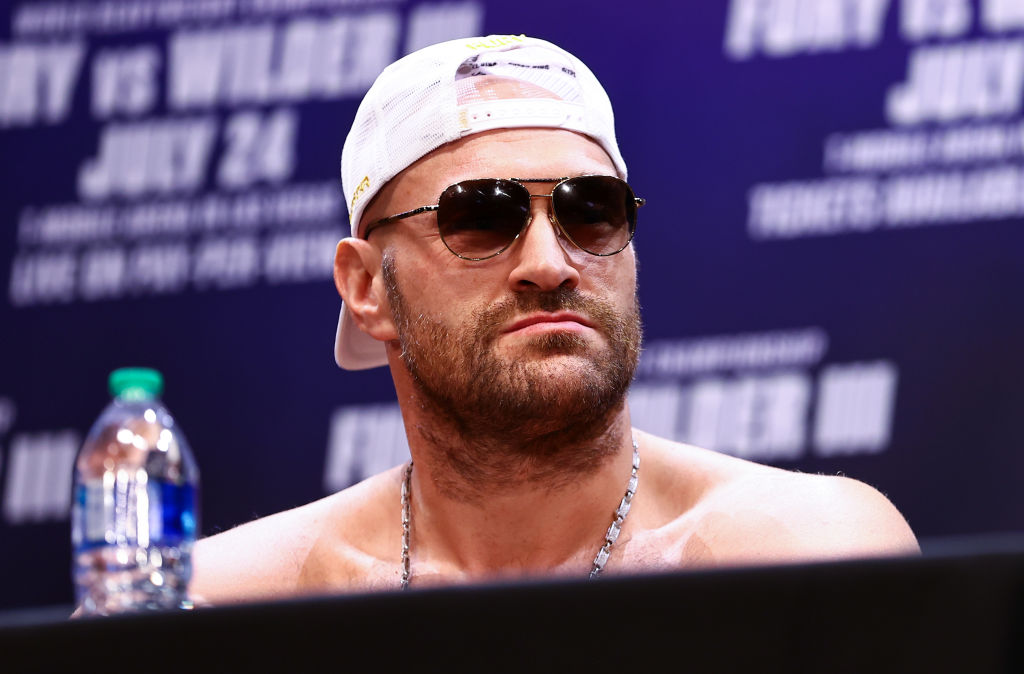 Tyson Fury has revealed he would have been sued for €80million had he refused to fight Deontay Wilder in their trilogy showdown.

Fury and Anthony Joshua were set to meet in an all-British unification showdown this summer to crown the heavyweight division’s first undisputed heavyweight champion since Lennox Lewis.

After months of talks, a date finally looked to be confirmed in August only for Wilder’s successful arbitration case to halt those plans and enforce a third meeting between Fury and ‘The Bronze Bomber’.

Joshua and promoter Eddie Hearn subsequently laid the blame solely at the feet of Fury and his promoters.

But speaking to Gary Neville in The Overlap series, Fury insisted there was nothing he could do to prevent Wilder getting his rematch – admitting he would have likely done the same had he found himself in a similar position.

‘The talk was me and Joshua were going to fight, no contracts were signed or anything like that,’ Fury said.

‘Then all of a sudden, Deontay Wilder has put on an arbitration against me. From a top judge and all the best lawyers in America.

‘So I can’t do anything about that. If you want to bring a court case against me in America, even if I haven’t done anything, I’ve got to defend it. Or else I’m guilty. So I said let’s do it.

‘So they want to go to court, they want to fight for his rematch, his contract had expired because of Covid. But fair is fair, I would want my third fight. It wasn’t really my fault or Wilder’s fault the third fight didn’t happen, the world just got turned on its head.

‘We’re in court now and he won the case. There’s not much I could do. It’s got nothing to do with the belt. It’s contracted to me. I could go like this [pretends to boot the belt away] and we would just be fighting each other without the belt.

‘Do you know how much the suing case would have been if I didn’t fight him? €80m.

‘This was all going on in the background and they [Joshua and Hearn] knew all that. All of sudden, it’s my fault.’

Fury and Wilder are set to meet for the third time on 9 October in Las Vegas.