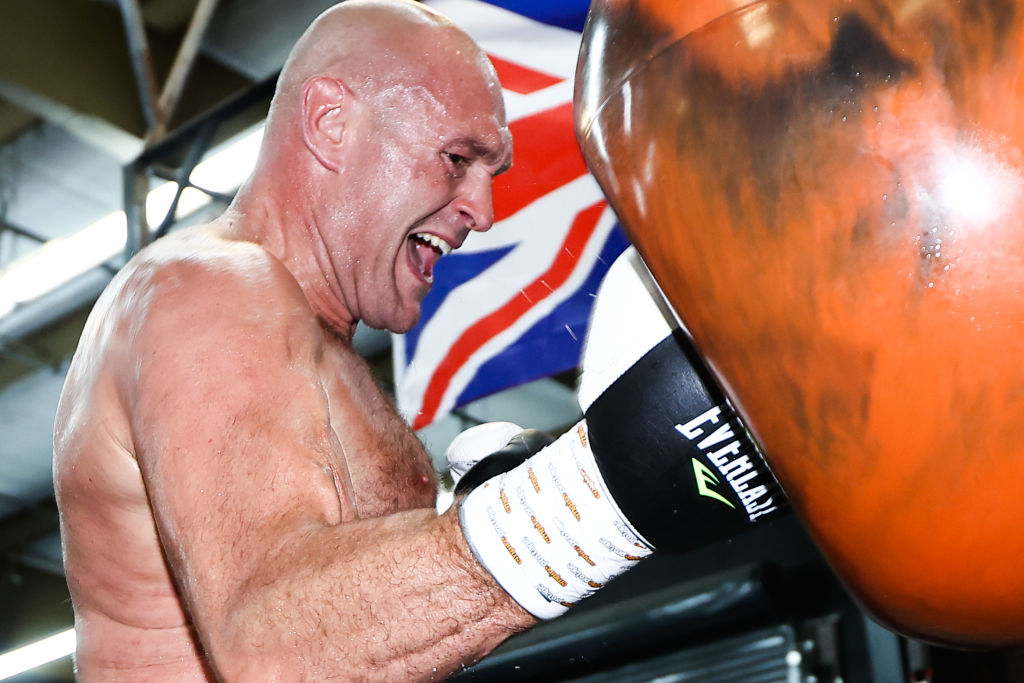 Tyson Fury has reminded Anthony Joshua that he once held the heavyweight titles that AJ possesses and was never beaten for them, ahead of their unification bout this summer.

The two British behemoths finally meet on 14 August in Saudi Arabia with all the heavyweight world titles on the line.

Fury holds the WBC and Ring Magazine belts, and while Joshua has more straps in his possession, the Gypsy King was never beaten for the WBA, WBO, IBF and IBO titles that he once held.

The unbeaten Brit relinquished those titles after winning them from Wladimir Klitschko in 2015, going on a two-and-a-half year hiatus from the sport.

Joshua went on to pick up all those straps, beating Charles Martin, Klitschko and Joseph Parker over the coming years, but Fury has reminded AJ that he feels they still belong to him.

‘Time to take back what I never lost,’ Fury tweeted. ‘Every belt there [sic] all mine chump!’

Time to take back what I never lost.

Every belt there all mine chump! pic.twitter.com/nBDYizOlGX

Former world heavyweight champion David Haye is tipping Joshua to come out on top in the fight, but Fury’s sparring partner Aleksandar Mraovic cannot see how Fury would lose to any heavyweight.

‘This man is not of this world. He’s a different animal,’ Mraovic told MyBettingSites.co.uk. ‘He’s punching like a machine.

‘I have never felt punches like that before from anybody. When we were sparring, Tyson even showed me how he got the power and how he works on it.

‘His fists feel like rocks on you when he hits. It’s incredible. The power comes from how he punches and how he uses his weight.