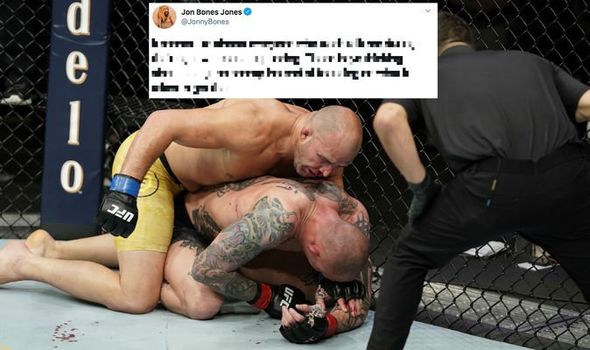 ‘Lionheart’ entered his showdown with Teixiera, which was originally meant to take place last month, looking to continue his journey back to a rematch with Jones – whom he lost to in March 2019.

In the build-up to the fight, the No.4-ranked Smith was confident an impressive showing would put him within touching distance of a second crack at the light-heavyweight title.

His pursuit of a rematch with Jones, however, suffered a monumental blow at the hands of Teixeira, who stopped him in the fifth round of their meeting at the VyStar Veterans Memorial Arena.

After dominating the first round-and-a-half, Smith’s energy tank began to dwindle and he soon found himself on the receiving end of some brutal shots from Teixeira.

JUST IN: Khabib Nurmagomedov’s father’s in ‘COMA’ in Moscow hospital 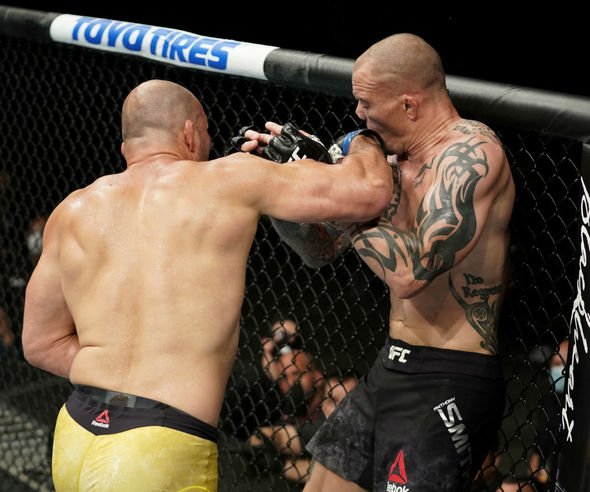 The tide well and truly turned in the third round when Teixeira landed a huge uppercut before sending Smith crashing to the canvas, where he mixed ferocious ground-and-pound with submission attempts.

In truth, either referee Jason Herzog or a member of Smith’s corner should’ve called a halt to proceedings after the third round.

As he often does, Jones kept a close eye on his divisional rivals’ meeting behind closed doors.

And to say he was less than impressed with Smith’s performance would be somewhat of an understatement.

He tweeted: “It seems like almost everyone who trash talk me during their fight week ends up losing.

“These boys thinking about being the champ instead of focusing on what it takes to get there.”

Jones proceeded that tweet with several others, one of which read: “Anthony Smith talking about outlasting me to become a world champion, N***o please.” 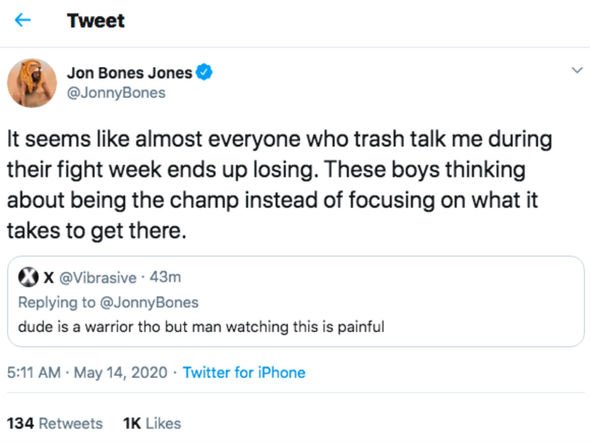