‘Stay on that side… I don’t play fighting’: Kamaru Usman warns ‘Disney kid’ Jake Paul not to challenge him after YouTuber-turned-boxer promised his ‘biggest pay day’ in cross-over bout

Kamaru Usman has warned Jake Paul that he ‘doesn’t play fighting’ and told the YouTuber-turned-boxer to ‘stay on his side’ of combat sports.

The welterweight champion’s stock is at an all-time high after delivering a sensational KO win over Jorge Masvidal in the main event of UFC 261.

And Paul indicated that he wants to lure Usman into a boxing match having easily dispatched Ben Askren on April 17. 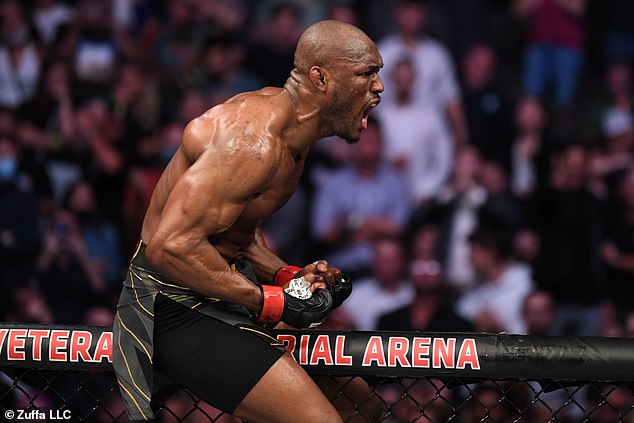 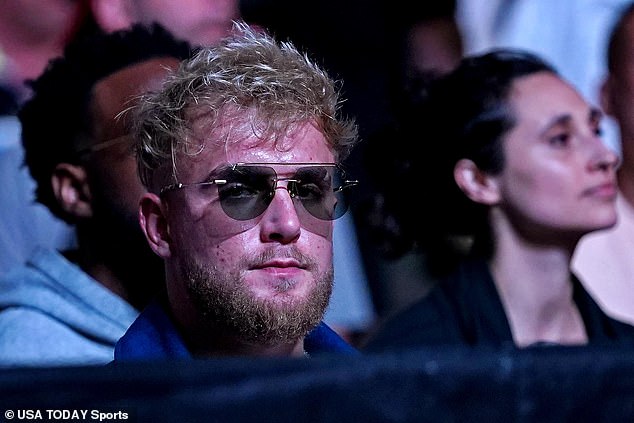 Paul tweeted: ‘Challenge accepted. @Usman84kg if your boss Dana gives you permission to box me and make more money than you ever have, let me know and we can lace them up. I promise it will be your biggest pay day.’

But the Nigerian Nightmare later responded, writing: ‘Keep making your money young man, and stay on that side. I ain’t no Disney kid and I don’t play fighting.’

Paul is making a name for himself in the combat sports world by competing against big-name athletes in the ring.

He knocked out former NBA star Nate Robinson and followed it up with the heavy KO of Askren, who was almost exclusively a wrestling-based fighter in MMA.

Usman has not been known for his heavy hands but showed another level to his game in separating the dangerous Masvidal from consciousness.

There’s no doubt a bout with Paul would be hugely lucrative but the UFC are unlikely to sanction a cross-over fight for Usman, especially with the celebrity putting himself on the wrong side of Dana White.

He recently wrote: ‘In my third fight, I made more money in total pay than any fighter in UFC history.

‘Maybe it’s time to pay your fighters their fair share? No wonder they all want to get into boxing. Dana, you say you make the fights the fans want to see, so hurry up and make [Jon] Jones vs. [Francis] Ngannou. Pay them their fair share. $10 million purse for each guy plus pay-per-view.’ 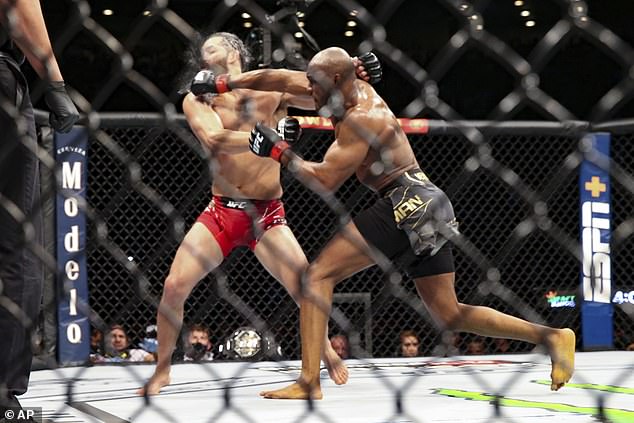 Paul is aware of how much traction he can get by playing the pantomime villain and was cage-side for Usman’s win over Masvidal.

He was involved in a confrontation with former UFC heavyweight champion Daniel Cormier, who left his spot on commentary duty for the altercation and later claimed he would ‘torture’ the YouTuber for ‘disrespecting’ his legacy.

The entire crowd chanted ‘f*** Jake Paul’ in unison and presenting himself as the enemy to MMA is undoubtedly a shrewd move.

Whether White will release any of his fighters from their contracts to compete with the 24-year-old is another matter entirely.