What you need to know before rewatching WrestleMania 32 on ESPN 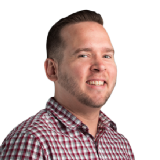 The biggest live audience in WWE history filled AT&T Stadium in Arlington, Texas, on April 3, 2016, as WrestleMania 32 drew an announced crowd of 101,763. It was a moment of turmoil and change within the WWE. While Attitude Era staples The Rock, The Undertaker, Triple H, Shane McMahon and Chris Jericho were all in action on the card, injuries to stars such as John Cena, Randy Orton and Seth Rollins, among others, opened up an opportunity for a variety of other stars to step up.

WWE showcased its vision for the future in two key matches: the culmination of months of conflict between Roman Reigns and Triple H (along with the rest of “The Authority”); and a battle between three emerging stars in the women’s division — Charlotte Flair, Sasha Banks and Becky Lynch. But there were a handful of other key matches to enjoy along the way.

Here’s what to watch for when WrestleMania 32 is rebroadcast on ESPN this Sunday at 7 p.m. ET.

Triple H vs. Roman Reigns for the WWE championship

When Triple H’s handpicked WWE champion Seth Rollins injured his knee late in 2015, a 16-man tournament was staged to fill the vacancy. As an olive branch from The Authority, Triple H offered Rollins’ former Shield compatriot Reigns a free pass to the finals if he joined their cause, but Reigns resisted the temptation and fought his way through. In the finals of the tournament, Reigns took on Dean Ambrose as the two men Rollins betrayed at Triple H’s beckoning battled for WWE’s top prize.

Reigns won his first world title at Survivor Series, only for Triple H to conspire with Money in the Bank winner Sheamus to immediately remove the WWE championship from Reigns’ possession. Reigns won it back a few weeks later in a title vs. career match, but his headaches with the McMahon family continued. Vince McMahon announced that Reigns would defend his WWE championship in the 2016 Royal Rumble match, and enter at No. 1. After fighting through a 4-on-1 attack from the League of Nations, Reigns made it to the final three along with Ambrose and Triple H (who entered at No. 30), only for Triple H to eliminate both other men.

Reigns fought his way back to a title shot at WrestleMania by defeating Ambrose and Brock Lesnar in a triple threat match. Without the Money in the Bank briefcase floating around this time, it would be a one-on-one match.

In terms of the state of WWE at that moment, one year after pumping the brakes on Reigns’ ascendance to the top of the WWE ecosystem in lieu of Rollins, the road to WrestleMania 32 was almost entirely about making Reigns “The Man”.

But it wasn’t a smooth journey by a long shot. Some blame mixed reactions on Reigns inheriting The Shield’s entrance music and attire, and largely not evolving his character over the years. But the combination of a mixed-crowd reaction and the appearance of an unyielding desire by WWE’s creative team to manufacture support for Reigns at all costs led to Reigns facing an uphill battle at winning fans over.

Sasha Banks vs. Charlotte Flair vs. Becky Lynch for the WWE women’s championship

While the triple threat match between Flair, Lynch and Ronda Rousey that was the main event of WrestleMania 35 rightfully received a lot of attention, this match at WrestleMania 32 was a groundbreaking moment for women’s wrestling in its own right.

From the moment NXT established itself as a third brand, women’s wrestling became a critical part of the equation. Paige set the bar as the first NXT women’s champion, and upon her departure from NXT, the collective that came to be known as the Four Horsewomen picked up the baton. First it was Flair, followed by Banks and finally Bayley. And while Lynch never held that title, the matches between the four of them over the next few years were transformative.

Flair, Banks and Bayley made their main roster debuts in mid-2015, and even though they got bogged down to a certain extent with battles between three-women factions Team PCB and Team B.A.D., by the fall of 2015 the Four Horsewomen had started to impress their vision for the future of the division. Flair defeated Nikki Bella for the Divas championship in September, battled Paige through the end of the year and then went to war with Lynch as the calendar turned over to 2016.

The stage was set for this match at the 2016 Royal Rumble. Lynch had Flair locked in the Dis-Arm-Her when Ric Flair, who was ringside, threw his suit jacket over Lynch’s head. That distraction allowed Flair to poke Lynch in the eyes, hit a spear and gain a pinfall victory. Flair bashed Lynch’s face into the belt several times, and then Banks walked to the ring. She booted Lynch to ringside, pretended to ally herself with Charlotte and then attacked the champion too, locking in the Banks Statement.

Two No. 1 contender matches between Banks and Lynch ended in a double pin and no contest, respectively, with Flair injecting herself the second time around. Flair was forced to defend her title against both women, and the stage was set for the biggest women’s match in WrestleMania history to date.

Shane McMahon vs. The Undertaker

The circumstances that set up the match between The Undertaker and Shane McMahon at WrestleMania 32 were a bit convoluted, to say the least. Vince McMahon was poised to give his daughter, Stephanie, the Vincent J. McMahon Legacy of Excellence award when Shane showed up on WWE TV for the first time in almost seven years to interrupt the festivities.

Shane wanted to take control of Monday Night Raw and alluded to a “lockbox” full of Vince’s secrets as leverage. Vince eventually agreed to put Shane in a match for the right to run Monday Night Raw but made the odds long by putting his son up against The Undertaker. Vince then raised the stakes by putting the match inside Hell in a Cell and informed The Undertaker that if he lost he would no longer be able to perform at WrestleMania.

By the time you get to the end of the match, there’s enough of Shane’s daredevil ways and a little sprinkling of Undertaker’s WrestleMania magic to make this one memorable.

WrestleMania has considerable history with spectacle ladder matches. Shawn Michaels and Razor Ramon made history at WrestleMania 10. The Hardy Boyz, Edge & Christian and The Dudley Boyz shined a spotlight on tag-team wrestling with TLC. And before it ever became a pay-per-view event of its own, Money in the Bank was one of the yearly highlights on the WrestleMania card.

This was the second consecutive year in which the Intercontinental championship was defended in a ladder match, and this one was chock-full of some of the WWE’s best and most dynamic young performers of the moment. Kevin Owens walked into the match as the champion and defended against Dolph Ziggler, The Miz, Sami Zayn, Sin Cara, Stardust and Zack Ryder. Everyone shined out it in this match, and the closing sequence is a quintessential WrestleMania moment.

The Rock in action

Some folks might think that The Rock’s last professional wrestling match happened at WrestleMania 29 against John Cena. Those people would be wrong. If you don’t remember how this happened, rewatch this show to find out how The Rock ended up in a full-blown match against Erick Rowan and added his name to the WWE record books one more time in 2016.

The New Day vs. The League of Nations

Despite Alberto Del Rio, Sheamus, Rusev and “King” Barrett each carrying strong attributes individually, this quartet never quite seemed to mesh or take advantage of their collective talents. They did play a big role in Reigns’ odyssey on the way to WrestleMania 32, and they also were a catalyst in taking the surging New Day members and turning them into the overwhelming force of positivity they are today.

The third-annual edition of this match shrunk the field down to 20, and it was primarily a means to elevate Baron Corbin from NXT to the main roster. But keep an eye out for some fun cameos, including Shaquille O’Neal, Diamond Dallas Page and Tatanka.