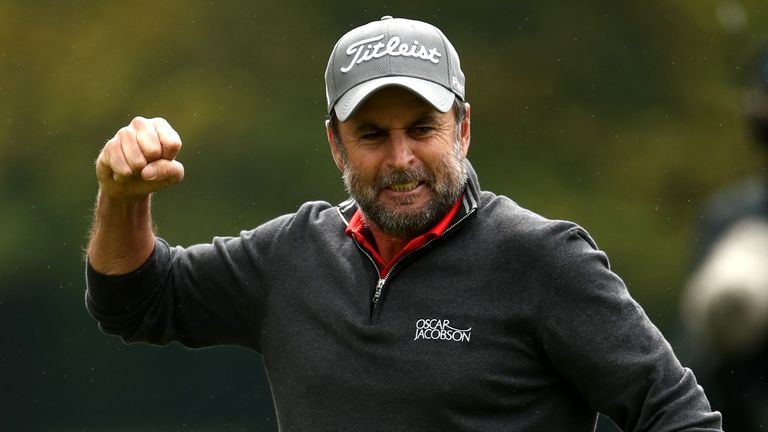 Richard Bland claimed his first European Tour victory at the 478th attempt after a dramatic final round at the Betfred British Masters.

The Englishman, who also became the oldest first-time winner on the Tour at the age of 48 years and 101 days, emerged victorious after a play-off with Italian Guido Migliozzi at The Belfry.

A par at the first extra hole – the 18th – was good enough for Bland to finally taste victory after Migliozzi three-putted for bogey.

The pair both finished on 13-under 275 after 72 holes, one clear of Mikko Korhonen, Dave Coupland and Adrian Meronk.