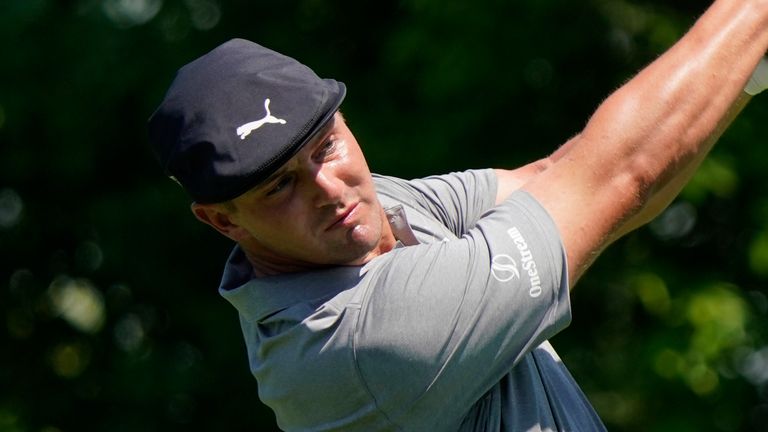 Bryson DeChambeau will trust the PGA Tour to act appropriately when they consider the prospect of taking action against Brooks Koepka in the latest twist in their simmering rivalry.

DeChambeau insists he is welcoming the “banter” from outside the ropes at The Memorial this week, where a number of spectators have been escorted from the Muirfield Village premises for shouting “Brooksy” at the current US Open champion.

Koepka received word that fans were being shown the door for taunting DeChambeau, and he responded by posting a video on social media offering to reimburse any spectator whose day was “cut short” with a free case of beer. 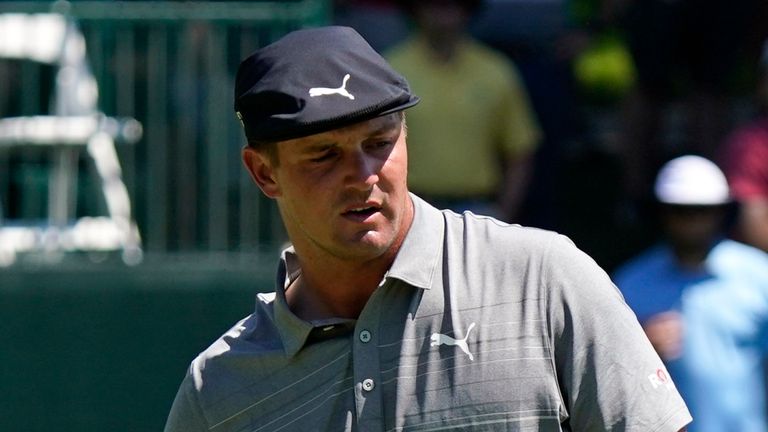 DeChambeau fired a third-round 73 and was comfortably off the pace on even par when asked about the Koepka video, and although he said he hadn’t seen it, he revealed that his agent had had talks with PGA Tour officials.

“I think that’s something that the Tour needs to handle, it’s something I can’t control,” said DeChambeau of the latest event in the feud, which emerged when leaked footage showed Koepka being unable to contain his contempt for his Ryder Cup team-mate in an unaired interview during the PGA Championship.

“I tried to take the high road numerous times and I think that, from my perspective, I’ll continue to keep doing so and people are going to do what they want to do. So it is what it is.”

Capping off a long day with @MichelobULTRA! Thanks for all the support today. Also, we’ve got something for you… pic.twitter.com/kwtwXg3Kqb

DeChambeau thanked the fans for their support at Muirfield Village this week and reiterated that he had no issue with those shouting “Brooksy”, and that the whole situation had generated great interest for the PGA Tour’s controversial Player Impact Program

“I love what’s been going on,” added DeChambeau. “I’ve had no issue with it whatsoever. I would say tennis and golf are the only two sports where like when you’re hitting a shot everybody’s usually quiet. If it comes out to a point where they’re affecting like your swing, like they’re saying in your swing, that’s a little over the line.

“But everything else, I don’t care. From an integrity standpoint and an honour of the game standpoint, the game has always been played in a certain way. But I think golf is changing, it’s evolving, so there’s going to come a time where it is going to be like this and if I’m the person to take the brunt of it and whatever, you know, great.

“I’m happy that there’s more conversations about me because of the PIP Fund,” added the 27-year-old, who was also reluctant to go into specific details of his agent’s talk with the PGA Tour regarding the latest Koepka video.

“It was more about something along the lines of how the Tour wants players to act, I think,” he said. “That’s about it. But from my perspective, I mean, if he keeps talking about me, that’s great for the PIP Fund.”