Northern Ireland’s Graeme McDowell says the middle of June is a “realistic restart date” for the PGA Tour.

McDowell is aware of the dangers of a hasty return to “normal life” but the PGA Tour has announced its intention to hold a regular event starting on 15 June in place of the postponed US Open.

“I’m thinking the middle of June is a realistic restart date – with or without crowds, who knows?”.

There is a possibility that the PGA Tour and European Tour will restart with tournaments without fans because of the ongoing coronavirus pandemic.

“There’s a danger of the curve slowing down and everyone jumping back into normal life only to get re-infected and get a new curve, so it’s impossible to tell.”

McDowell, who is based in Orlando in the United States, admits competing without the atmosphere would be “eerie” considering how much fans add to the pressure and intensity of elite-level golf.

“It would be very strange,” said the four-time PGA Tour winner.

“I love the opportunity to play golf tournaments regardless, but the crowds bring so much to the atmosphere. They’re an integral part of the golfing experience with regards to pressure on a Sunday afternoon.

“Paul Azinger said it there a couple of months ago when he put his foot in it a little bit with the Tommy Fleetwood situation, when he said pressure comes down to two things – money and crowds.

“The crowd brings the X-factor and that extra pressure.” 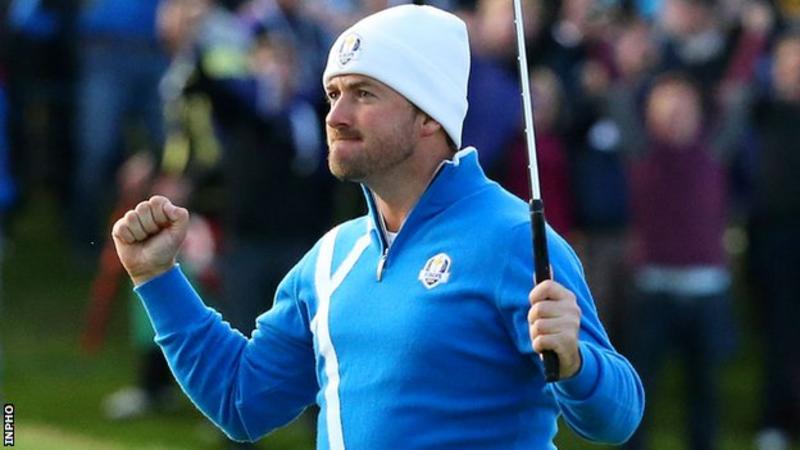 While McDowell admits that he would be willing to play this year’s rescheduled Irish Open at Mount Juliet on an empty course, he believes a Ryder Cup without fans simply would not work.

McDowell, who competed in four consecutive Ryder Cups between 2008 and 2014, is hoping to make captain Padraig Harrington’s European team having boosted his chances with a win at the Saudi International in February, ending his near six-year drought on the European Tour.

“I don’t think the Ryder Cup works without fans,” he said.

“It would be like trying to have the World Cup final or the FA Cup final in an empty stadium. I’m optimistic. I hope the Ryder Cup can happen. It’s such a special event and does so much for the golfing world.

“At a time when people could use an injection of fun and entertainment, it could be a timely golf tournament to be played.”

Excited to be back in Masters mix

McDowell says he was buoyed by confirmation he has secured a place in this year’s Masters after squeezing inside the world’s top 50 before the rankings froze in March.

It will be the former world number four’s 10th appearance at Augusta, but his first since 2016.

“I was in that grey area where I was 51st in the world heading into the Players Championship, working towards getting myself into the top 50.” he added.

“I had some work to do but obviously the coronavirus shut down the sporting world. The world rankings continued to churn along and, with the way things shuffle, I moved into 49th the following Monday.

“It’s good to have that one in the schedule. Obviously, it was disappointing to lose The Open Championship, but there are three majors still in the schedule and I’m excited to pretty much be in them all.”