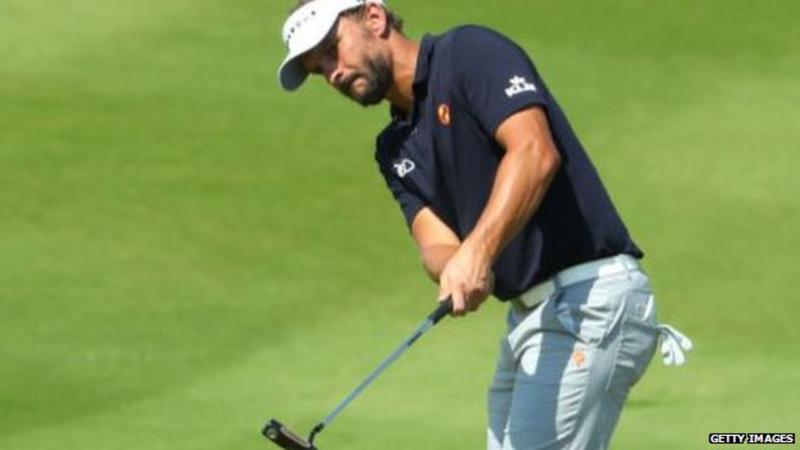 The 34-year-old carded a six-under-par 66 over the Old Course lay-out at St Andrews, on his golf simulator.

Former world number ones Martin Kaymer and Lee Westwood also competed virtually from their own homes in the one round, 18-hole strokeplay event.

South Africa’s Dean Burmester threw his arms in the air in celebration after a hole-in-one on the par-three eighth.

Dutchman Luiten divided his 10,000 euros prize between his own charity and a hospital in his native Rotterdam.

The six-time European Tour winner birdied the fifth, eighth and ninth holes in a front nine of 33, picking up further shots on the 12th, 14th 15th and 16th, with his only bogey of the day on the 18th after failing to get up and down from the Valley of Sin.

“You try to stay fit and practise the way you can indoors, but it is different, so it is good to have some nerves and that feeling of actually competing and trying to beat everybody else,” Luiten said.

“That’s the most fun for us and that is why we are golf professionals. We have been missing that feeling for a long time and it was good to get it back and to do well as well.”

He finished two shots clear of Frenchman Damien Perrier who fired seven birdies in his opening 14 holes but then carded three consecutive bogeys from the 15th.

Wiesberger edged the contest with a level par 72, the same score recorded by Westwood, while Kaymer finished with a two over par 74.

There will be another tournament next weekend using the Royal Portrush lay-out, with further events on the designs at Golfclub Munchen Eichenried, Valderrama and Wentworth.