After Brandel Chamblee caused a stir with his comments on modern coaching, Paul McGinley offers his insight and experience into what makes the best player-coach relationships…

My colleague at the Golf Channel, Brandel Chamblee, conducted an interview with Golf World magazine recently in which he apportioned a lot of the blame on poor coaching as being a main reason for the lack of players emerging into greatness at the highest level in the game.

In the last week, this subject has garnered a lot of interest from the golfing world. Having worked regularly with Brandel, I know him to be thoroughly well-researched and erudite in so many facets of professional golf. My thoughts on the views he expressed would not be to dismiss them but rather to consider his points, contextualise them and provide some extra layers.

I believe that Brandel was not meaning to tar all golf coaches with the same brush. He would surely know that would be unfair and would wrong some of the great dedicated professionals who work tirelessly and professionally throughout the world.

The game at professional level has never had higher standards than it has right now, and a lot of that is down to technological advances in video and launch monitors as well as coaching. I have spent a lot of time over the past two weeks watching highlights of Open Championships on Sky Sports right back to the early 1970s. While they have been riveting to watch on courses I know very well, it’s also abundantly clear that the standards at the very top level in those years are not at the level they are now.

I’m aware there are mitigating circumstances, most notably technological advances, but we will leave that discussion for another day. However, I do agree with Brandel’s observation that coaching is often the reason so many players showing early career promise before their careers stall and glide when many observers were hoping to see continued progression.

Great coaching is not just about the technical expertise and understanding of the swing. It is much more than that. It’s about cajoling, supporting and guiding the player to better performance. It is about putting the wheels back on the bike when they come off. Butch Harmon and Bob Torrance were masters at that, it was their secret sauce (Butch’s presence is missed by many of his players out on Tour since his retirement). Loss of form is a place all elite golfers will find themselves in on various occasions throughout their careers.

So many players lose their way and look to science and a new coach to find their way out of the maze of confusion and frustration. The secret is to determine the way out and that is where great coaching should come in. High levels of coaching are more easily identified and evidenced in these troubling periods of a players career.

Having come through the trials and tribulations of a professional golf career for over 25 years, I strongly believe that it is ownership of your game which is critical to success and that is established through great coaching. I’m often asked at golf days or interviews, “If you had your career over again, what would you do differently with what you know now?”

My answer is always that I wish I had stuck to improving along the lines that are bespoke to me: my instincts, my skill set and my physical constraints that all made up my ability as a golfer. Too often I was searching for golfing nirvana – the secret – outside of what was natural or instinctive to me.

I champion Colin Montgomerie as an example of how I would do it given a second chance. He continuously harnessed his skills as well as any player in my era, without deviating away from what came naturally, he just became more consistent and better at it.

Not blessed with the natural talent, physical strengths or classic golf swing and ball flight like, say, a Woods or an Els, he made the most of what he had been gifted; a consistent shape of shot and dogged competitiveness, and never ever did he move away from talents personal to him. 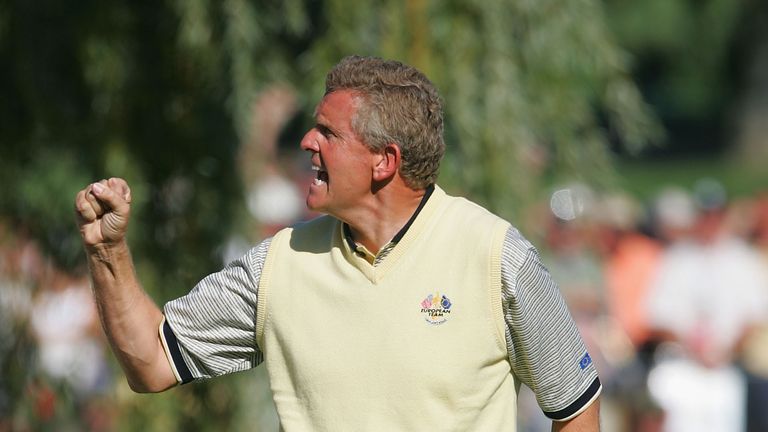 Monty consistently kept the game simple in his own mind and understood his game inside out. He wasn’t interested in the technical aspects of the swing that related to anybody but himself.

Jack Nicklaus used to say that together with his long-time coach, Jack Grout, the key to his career was always honouring the fundamentals of his swing. He had ownership of his game through these fundamentals and rarely moved off them. His very effective swing was never technically perfect and he never tried to make it so.

This is where I agree with Brandel that the focus is too often about the coach and not the player. My experiences have shown me that the relationship between player and coach should not be one where it’s a case of “I’m the player and you’re the coach. Show me how to play!” Just as in any business, building a team around you, is key. The skill sets required in golf at the very top level are so varied that one coach cannot hold all the answers to all of the questions

It needs to be more of the coach being a sounding board to the player as he figures out and develops his game himself. In my opinion the best player/coach relationships work out a template together based in the first instance, on the player’s input. They discuss it, they practice it, they make it simple and clear.

When they work together or when a coach comes to a tournament, they hone the template they have identified and developed together. The player should feel capable of self-adjusting when the swing does not feel right. The acid test is to be able to win with your ‘B’ or ‘C’ game. Another great line from Jack Nicklaus is that “golf is a series of constant adjustments”.

Just as in any business, building a team around you, is key. The skillsets required in golf at the very top level are so varied that one coach cannot hold all the answers to all of the questions. Some coaches now specialise in particular areas. 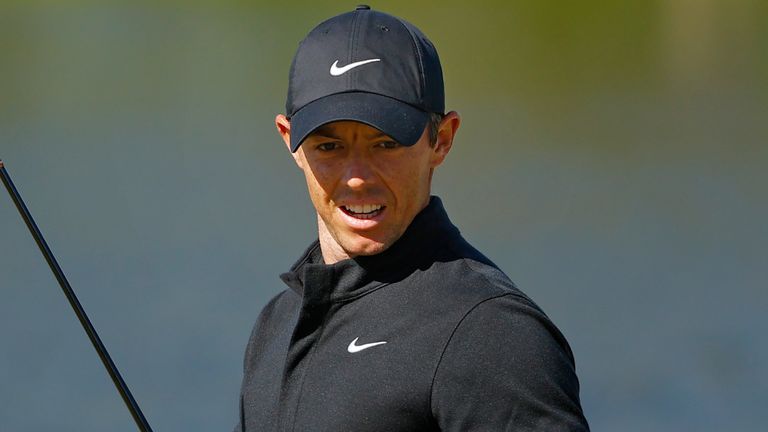 Rory McIlroy has added Brad Faxon to his team as his putting coach, while Michael Bannon remains the expert in Rory’s long game. They both identified this template when Rory was a teenager in Northern Ireland and have stayed true to it ever since. Having watched Rory play as a teenager in Ireland his swing has evolved over the years not changed.

Faxon has helped develop a putting template revolving around Rory’s gift as an instinctive artist of the game. Another example is Brooks Koepka adding Pete Cowen as a short game coach to his established swing coach Claude Harmon.