Players Championship: Bryson DeChambeau warns ‘I haven’t really won with everything firing on all cylinders’ 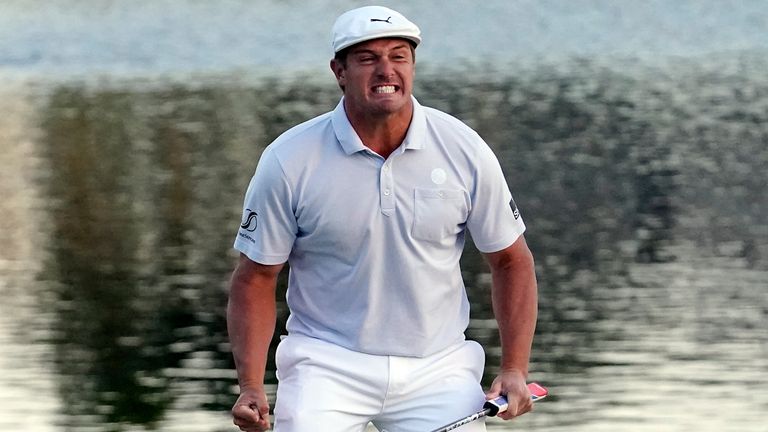 Bryson DeChambeau claimed his eighth PGA Tour victory when he won last week’s Arnold Palmer Invitational, and he has sounded an ominous warning to his rivals ahead of The Players Championship.

DeChambeau held off Lee Westwood to triumph by one shot at Bay Hill but he believes there is still plenty of improvement in his game and he is yet to win “with everything firing on all cylinders”.

The big-hitting 27-year-old felt his putting was the key last week with his driving and iron play not as good as it should be.

“I just didn’t feel like I had it all [last week],” he said. “I was obviously working hard trying to figure out my golf swing late Saturday night again and even Sunday. You could see, the first tee, I didn’t hit one very well, but I was still able to play golf and win a golf tournament, which is great. 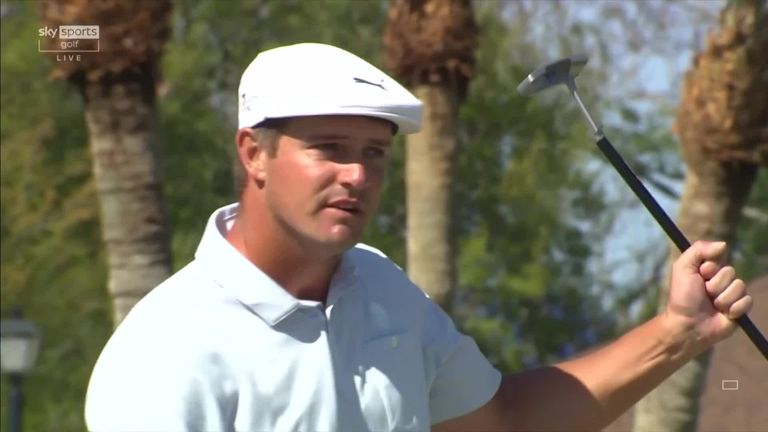 “If anything my driving didn’t feel great. My putting was obviously A, I’d give it an A, but my iron play was just not where I wanted it to be, and my expectation levels are really high.

“By no means am I trying to cause anything by that, other than saying that I just was not hitting my best the way I wanted to last week.

“I think I haven’t really won with everything firing on all cylinders, but then again, you have to have some luck occur. You have to have luck go your way in order to win tournaments, and that’s what happened last week, and hopefully that can keep going on and we can keep figuring out more with the iron play and driving and wedging.

“You’ve got to have great iron play this week. So that’s what I’m really focused on. If I can get my iron play down this week and my wedges down this week, I’ll have a great chance to win with my putting.” DeChambeau also revealed he was quick to focus on TPC Sawgrass this week with no massive celebrations after winning on Sunday.

“I went into the locker room afterwards and hung out with quite a few of the folk there,” he said. “I had a chocolate milk and I had some Arnold Palmer gummies. It was like iced tea and lemonade gummies. That was kind of funny, it was kind of a tribute to him. We had a little bit of champagne, as well, and popped a bottle. That was fun.

“I was staying at a host family’s house…..and I played some pinball. And then 11pm to 12pm comes around and I’m just in bed getting ready to come up to The Players Championship for this week.”

Much of the focus on DeChambeau last week surrounded the par-five sixth and whether or not he could drive the green – he came up 88 yards short in the final round but did send his drive 377 yards over the water. 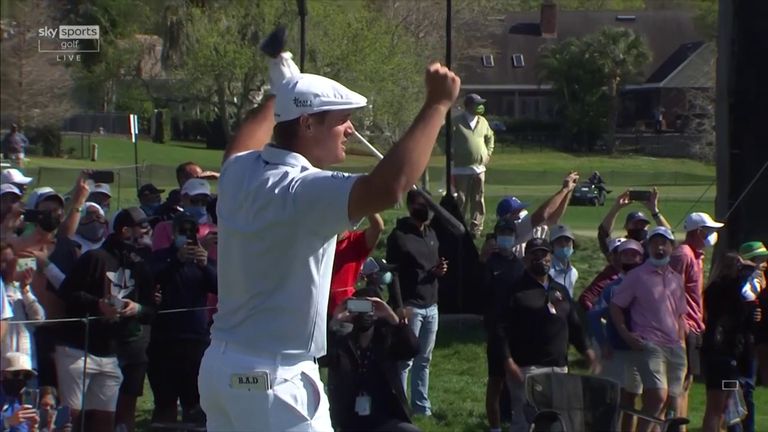 The 18th hole at Sawgrass is a 462-yard, dogleg-left par-four with water all down the left, so will he take the far-left line?

“I’ll probably give it a try, but it’s most likely not going to happen,” he said. “I haven’t seen it yet, but if there’s stands there there’s really no reason to go for it, when I could just drive it 100 yards from the green if I get a good wind normally. 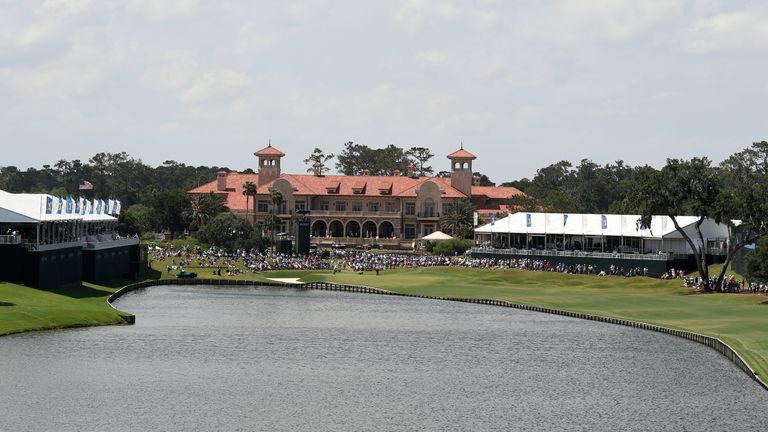 “It’s not really that big of an advantage, but taking the water out of play and having an easier second shot, it may be easier, I don’t know.”