‘Sergio loves the Ryder Cup’: All you need to know about golf’s most intense show

Sergio Garcia didn’t waste much time making a point of how much he values the Ryder Cup.

He was a teenager — at 19, still the youngest player in Ryder Cup history — and just over five months removed from being the low amateur at the Masters, when Garcia and Jesper Parnevik took down Tiger Woods and Tom Lehman in foursomes at Boston’s Brookline course. 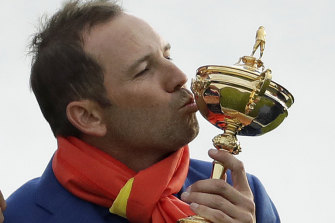 That was his first point. And that was just the start.

Now with more grey than dark brown in his stubble, the 41-year-old Spaniard sets off for his 10th Ryder Cup at Whistling Straits to extend a remarkable run defined by numbers.

He is one of only four players to compete in Ryder Cups across four decades, the first one in 1999 with no reason to think this one will be the last.

Garcia has won 25 ½ points (winning 62 per cent of his matches), which already is the most in Ryder Cup history. That’s as many points as this US team combined. He is two wins away from breaking the Ryder Cup record held by Nick Faldo, which would be sweet for other reasons.

Perhaps most telling is the list of Americans who have lost to him: Woods and Phil Mickelson (four times each), Davis Love III and David Duval, US team captain Steve Stricker and Jim Furyk.

Garcia was on stage a few weeks ago with Collin Morikawa, the 24-year-old Californian about to make his Ryder Cup debut. He was asked if he had any advice. 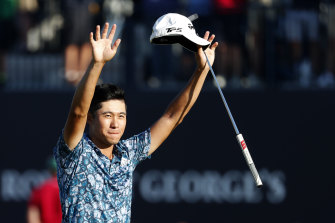 Dual major winner Collin Morikawa is one of several debutants for the American team.Credit:AP

“I really haven’t done that well in it, anyway,” Garcia said, laughing along with the audience. “No, you’ll have fun. It’s amazing.”

The Ryder Cup is everything to him, as much as that Masters green jacket he won in 2017 for his first major. And yes, he’s done OK. But while he has contributed points, that’s not how Garcia keeps score.

He has been on six winning teams as a player, one as a last-minute vice captain in Wales.

“Being the highest points-scorer in Ryder Cup history, that was never my goal,” Garcia said. “It’s something that I never thought about because I was always focused on winning the Ryder Cup as a team. I never thought, ‘Oh, even if we lose, if I win 3 or 3 ½ points, I had a great Ryder Cup.’ No, that doesn’t do it for me.

“I’ve always said I could win five matches. If we don’t win the Ryder Cup, it’s not a good Ryder Cup for me,” he said. “It’s not the way my brain works and probably is one of the reasons why I’ve been fortunate to be a part of so many teams and do so well in it.”

The passion he brings is reminiscent of Spaniards from another generation, Seve Ballesteros and Jose Maria Olazabal, the latter of whom was Garcia’s four-ball partner in 2006 (they won both their matches at The K Club).

It is on equal terms with Ian Poulter, another European whose legacy is the Ryder Cup.

“I certainly had my heart set on Ian and Sergio being the soul of a Ryder Cup team,” said Harrington, who used two of his three captain’s picks on them. 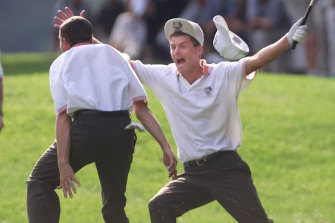 Garcia (facing away from camera) and Jesper Parnevik party like it’s 1999.Credit:AP

Those three losses Garcia experienced in the Ryder Cup sting.

Garcia and Parnevik were unbeaten at Brookline, and then Furyk took him down in singles in a pivotal match that set up the stunning US comeback in 1999.

In 2016 at Hazeltine, Garcia did his part to stave off an inevitable loss. He birdied his last three holes, the final two to match Mickelson birdies, and earned a half. Garcia and Mickelson combined for 19 birdies that match and both had a medal score of 63.

And then there was 2008 at Valhalla in Kentucky, with Faldo as the captain, the only Ryder Cup in which Garcia failed to win a match (he had two halves). Six years later during the Ryder Cup telecast, Faldo said on air that Garcia was “useless” that week because of physical and emotional issues. 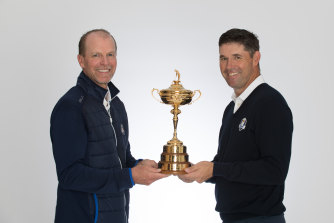 Team captains Steve Stricker of the US and Team Europe skipper Padraig Harrington.Credit:Getty

European players at Gleneagles rallied around Garcia. He and Lee Westwood had never missed a match until that year — Westwood had gone 12 consecutive matches without a loss — and Faldo sat them both on Saturday morning.

Garcia has had 11 partners over the years, only three on this team — Westwood, Paul Casey and Rory McIlroy. In the last two Ryder Cups, he has been called upon to nurture the newcomers, like Rafa Cabrera Belo at Hazeltine and Alex Noren last time in France.

Europe has only three rookies this year, a short list that includes Bernd Wiesberger, whom Garcia describes as one of his best friends on the European Tour. 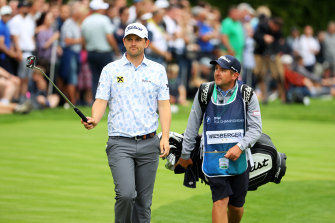 Austria’s Bernd Wiesberger is one of only three first-timers in the European line-up.Credit:Getty

“Sergio just loves the fact that he’ll be mentoring rookies, at least one of the rookies, and he loves that job, Harrington said. “It’s very important to have your rookies … the enthusiasm, the passion that they bring. Yeah, you wouldn’t want to be there without them.”

That was Garcia long ago, holing out from the fairway, sprinting and leaping into his partner’s arms with boundless energy. All these years later, it never really left him.

Facts and figures for the Ryder Cup

The course: Built in 1998 by the late Pete Dye, Whistling Straits emulates a cliffside links course with two miles of Lake Michigan shoreline, bluffs, sand dunes and natural fescue lining the fairways. It has hosted the PGA Championship three times, most recently the 2015 edition won by Australia’s Jason Day. 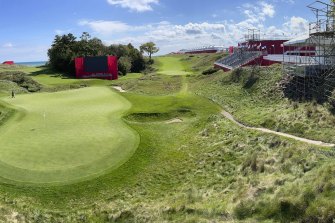 Last time: Europe won on home soil for the sixth straight time, losing only the opening session. The result was 17½-10½, and the difference was the captain’s picks. Europe’s four picks combined to go 9-4-1. The US picks were 2-10-0 as Tiger Woods, Phil Mickelson and Bryson DeChambeau combined to go 0-9-0.

Postponement: The matches were delayed one year by the COVID-19 pandemic. It was the first one-year delay since the September 11 terrorist attacks in 2001.

Tale of the tape: Team Europe has an average world ranking of 30. Team USA’s average ranking is 9.

Key statistic: The 12 players for Europe have combined to play in 168 matches compared with 49 matches for the American players.

Noteworthy: The Americans have the most Ryder Cup rookies (six) since 2008 and their youngest team ever with an average age of 29.

Television: Live on Foxtel and Kayo from 10.30pm Friday, 11pm Saturday and Sunday.