European team success, major glory for Rory McIlroy and one of the greatest final rounds in recent history all feature in another bumper week on Sky Sports Golf.

With the PGA Tour not resuming any earlier than mid-June and the European Tour setting the end of July as their earliest return date, there’s plenty of time in the weeks and months ahead to look back at some of golf’s greatest moments.

The coronavirus pandemic has left us ripping up the TV schedule and filling it full of archive events and some incredible storylines from golfing history, with each day dedicated to something different.

The week starts with a throwback to the 2011 Solheim Cup in Ireland, where Europe were looking to avoid a fourth consecutive defeat against Team USA.

The Sunday singles are being repeated – in full – from 8.30am, while one-hour highlights of a memorable European display will be shown from 8pm. 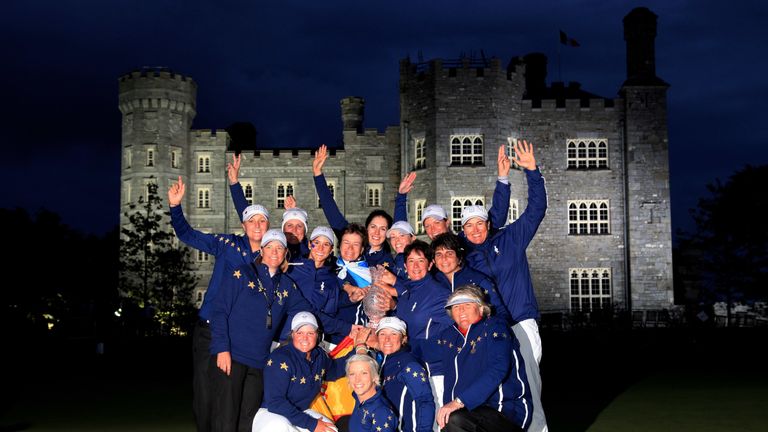 The “Tuition Tuesday” theme continues through golf’s competitive hiatus, with programming on all day to offer handy hints and tips to improve your game.

The day is dedicated to the Abu Dhabi HSBC Championship, with a final-round repeat from the 2018 contest – where Tommy Fleetwood was looking to claim back-to-back titles – from 7am. The final round of this year’s contest then gets revisited from midday, with highlights from the last five editions of the Rolex Series event being available throughout the evening.

The last PGA Tour event to be completed before the golfing shutdown came at the Arnold Palmer Invitational last month, with the full final day of a breakthrough British victory coming from midday.

There’s also highlights from a number of this season’s notable PGA Tour events at various points in the day, including Tiger Woods’ Zozo Championship win and McIlroy’s WGC-HSBC Champions glory.

After the early morning focuses on the 2013 PGA Championship and Jason Dufner winning the Wanamaker Trophy, the rest of the day then switches to McIlroy’s success in the event. 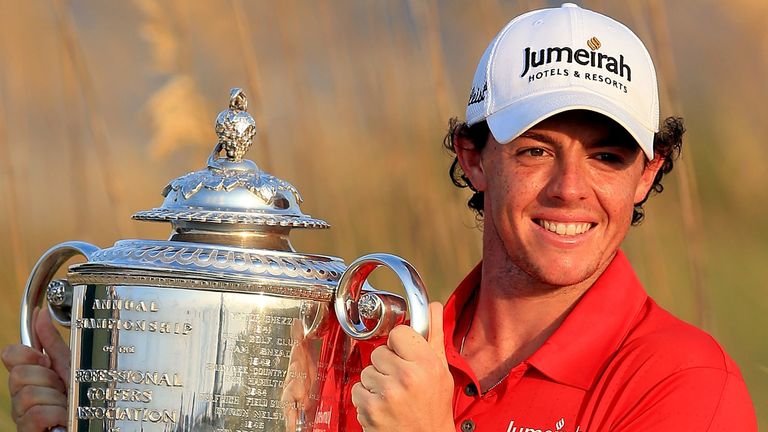 Full coverage from the day of McIlroy’s 2012 win starts at 9.30am, while extended highlights of a dramatic 2014 contest will be on from 8pm.

The weekends have recently been starting with an archive Open Championship and this week is no different, with a full day dedicated to The Open in 2016 – the first year it was shown on Sky.

Henrik Stenson’s final-round tussle with Phil Mickelson will be shown in its entirety from 6am, with a special “How The Open was won” from that year being broadcast at 8pm.