Rory McIlroy is embracing the tag as favourites for this Sunday’s TaylorMade Driver Relief, although is adamant he won’t be underestimating his opponents.

World No 1 McIlroy partners Dustin Johnson in a special charity skins game against Rickie Fowler and Matthew Wolff at Seminole Golf Club in Florida, with the event raising money for organisations helping with relief efforts during the Covid-19 pandemic.

McIlroy has posted top-five finishes in his last seven worldwide starts and Johnson is a 20-time winner on the PGA Tour, giving them the pre-match advantage, but the Northern Irishman expects the Oklahoma State pairing to offer a tough challenge. 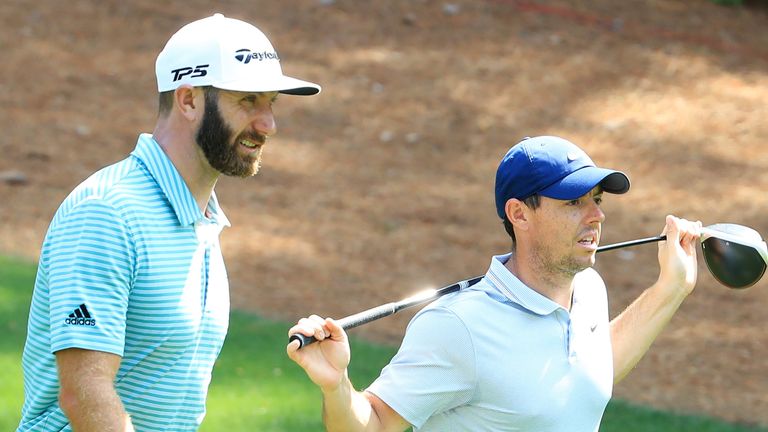 Speaking to Golf Channel’s Todd Lewis ahead of Sunday’s TaylorMade Driver Relief, live on Sky Sports, McIlroy said: “You’re the favourite for a reason. People think you’re going to come out on top, so I guess that’s a good thing.

“When it’s an 18-hole match, anything can happen. I’d be more comfortable being the favourite if it was over 36 holes or 72 holes, but an 18-hole match is a sprint and whoever gets off to the fastest start and get a bit of a momentum early can keep it going.

“On paper, with world rankings and everything we’ve achieved then Dustin and I are favourites, but I’m not taking Rickie [Fowler] and Matt [Wolff] lightly. They’re two really good players and they’re going to give us a fantastic game on Sunday.”

The 18-hole contest, being played behind closed doors, marks the first live televised golf in either the UK or USA since The Players was cancelled after the opening round on Thursday, March 12.

Professional golf has been halted ever since, with the PGA Tour not due to return until June 11-14, leaving McIlroy relishing the opportunity to be back competing this weekend.

“It’ll be the first time we’re all out on a golf course and it’s somewhat competitive for at least a couple of months, so I think we’ll all be feeling it a little bit, especially with the cameras around,” McIlroy added.

“I’d like to think there’s going to be a little bit of needle. Rickie [Fowler], DJ and I have all been on Tour for over 10 years and Matt’s the rookie, so maybe DJ and I can target Matt a little bit and put him under the gun.