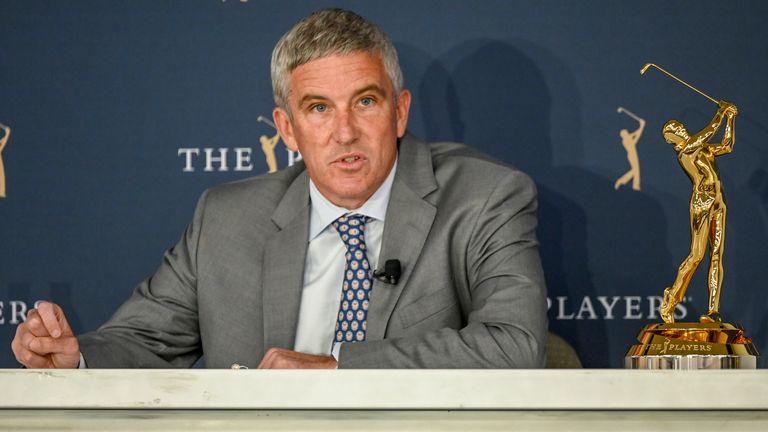 PGA Tour commissioner Jay Monahan was back in front of the press at TPC Sawgrass on Tuesday, just under a year after he announced the cancellation of The Players Championship after one round in 2020.

The world has changed a lot since then due to the coronavirus pandemic but, in a sign of optimism, a crowd will once again be allowed into the Florida course this week, albeit limited to 20 per cent capacity.

The tickets for all four days sold out in less than an hour when they were put on sale last month and Monahan is confident there will be no major health and safety issues.

He said: “We have put a lot of thought into the way that we have returned to 20 per cent capacity. If you go out on the property and you see the structures that we have as you come in, the fact that we’re open air, a high percentage of people will be in the structures that are located throughout the property, and keep in mind this is a stadium golf course with 20 per cent capacity.

“You can see every single shot as a fan here from various perspectives on the golf course. Now at 20 per cent your ability to do so and space out, this place lends itself really well to it.

“But you’re outdoors, and people are moving and people are going to follow their normal patterns. But for us, if you’re wearing a mask, you’re socially distant, you’re following the guidance that we’re providing you, ultimately we feel like we can stage the event at that level.”

There were issues with some spectators not wearing masks at the Arnold Palmer Invitational at Bay Hill last week but Monahan does not believe that will be a major problem this week. 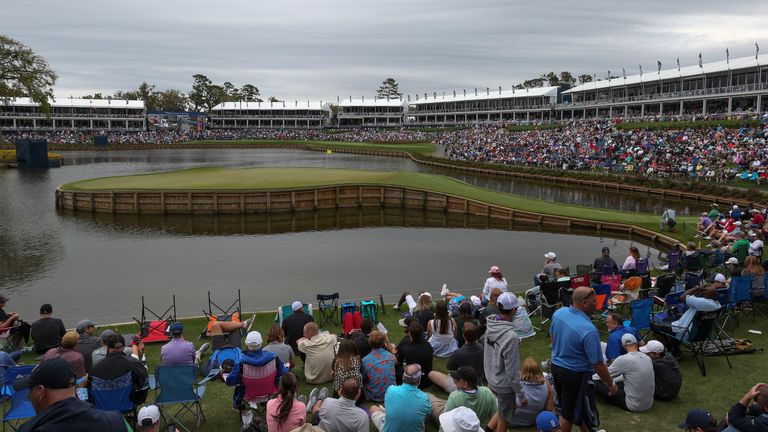 “You do the absolute best that you can. We’re now five events into the return to fans, and we’re working closely with each one of our tournament organisations, our volunteer leadership team. We continue to stress the importance of it,” he said.

“While there are some, I’ve been encouraged by the number of people that have been wearing masks. And while I have seen some that aren’t, and we want everyone to be wearing masks and we’re going to continue to reinforce that, I like the actual progression that we’ve been on, and I think you’ll see more growth on that front this week.”

A crowd of 9,000 to 10,000 is expected each day at TPC Sawgrass and Jon Rahm was asked if this would be a safety concern if most of them were following the final group on Sunday.

The Spaniard, who held the 54-hole lead in 2019, replied: “Well, it shouldn’t [be a concern], as long as you keep it in the fairway, when it comes to me personally. 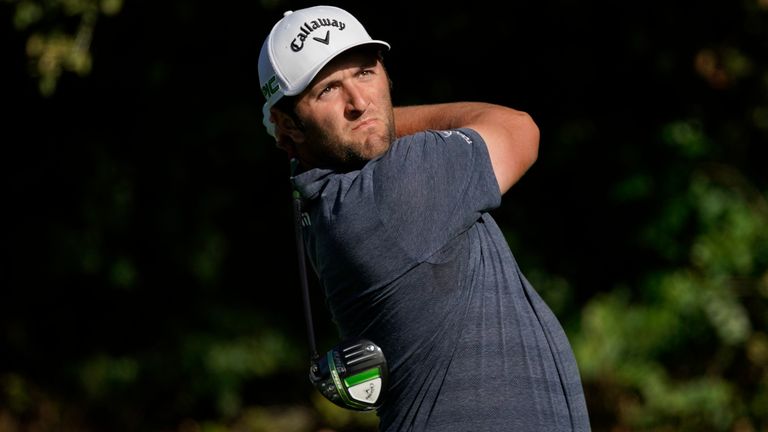 “Now, we all know how fast this virus can spread, so I hope not. That’s all I can say. I hope it doesn’t lead to anything bad.

“I’ve known of too many people personally that have been affected by the virus, and I wouldn’t want anybody to go through that and lose loved ones because of it.

“I hope that not all 10,000 get on one hole, on one group. I think they’re all going to be separated. Some people are going to be in the grandstands on 18, on 17 and other holes, and there has been fans in some events in the past, and there has been no repercussions as far as I know. So I hope that this is a stepping stone to hopefully introducing fans again and hopefully having no problems.”