The Players: Viktor Hovland owns up to two-shot penalty after marker mix-up at Sawgrass 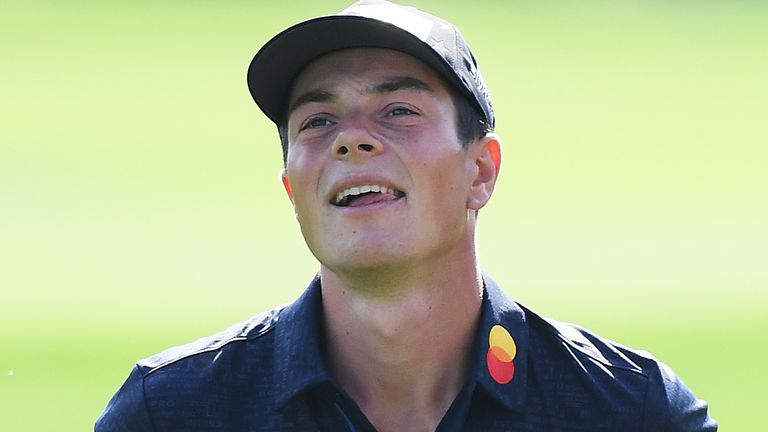 Viktor Hovland called a two-shot penalty on himself after a lapse in concentration on the 15th green during the first round of The Players Championship.

Hovland’s two-under 70 was adjusted to a 72 after he apparently self-reported the infringement to tournament officials at TPC Sawgrass when he failed to replace his marker in the correct place before holing a short putt for par.

The young Norwegian, one of the most consistent performers on the PGA Tour this year, chipped to three feet and marked his ball, and he then moved his marker one putter length away as it was on the same line as Justin Thomas’ 30-foot putt for birdie.

But, after Thomas lagged to a couple of inches and tapped in, Hovland moved his marker in the same direction – a mistake he did not realise until after he had finished his round and signed his card. 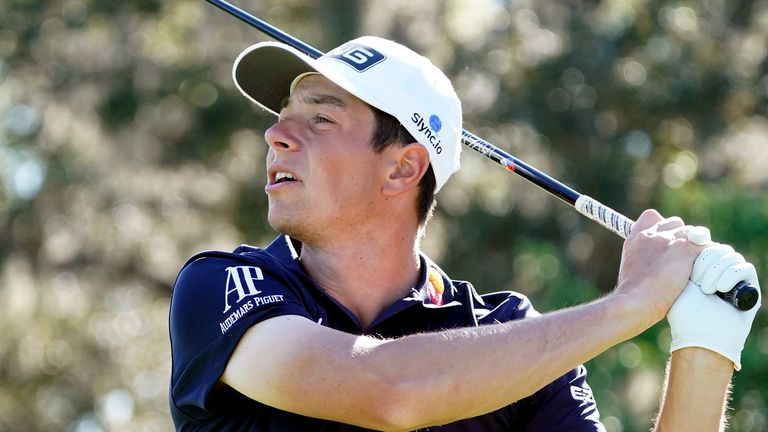 A PGA Tour statement read: “Viktor Hovland was assessed a two-stroke penalty under Rule 14.7 for playing a ball from the wrong place. Hovland marked his ball on the 15th green, moved it one putter-head length for another player, and then moved it again in the same direction rather than replacing it.”

Hovland avoided disqualification as he was unaware of the breach of the rules when he signed his scorecard, and Golf Channel’s Ryan Lavner confirmed that the Ryder Cup prospect had “self-reported” the infraction.

The incident occurred shortly after Hovland had been involved in another bizarre incident at the 11th, where his second shot came up short and bounced off the grass bank short of the green and into the water.

Viktor Hovland was assessed a two-stroke penalty under Rule 14.7 for playing a ball from the wrong place.

Hovland marked his ball on the 15th green, moved it one putter-head length for another player, and then moved it again in the same direction rather than replacing it.

After a lengthy discussion with a rules official, he was informed that his ball had not crossed the hazard and had cannoned off the wooden sleepers, forcing him to go back and take his drop on the other side of the water.

But one of the PGA Live team then got word to the officials that Hovland’s ball had indeed made it over the hazard line before bouncing back into the water, meaning he could drop close to the green, although he still ran up a double-bogey seven.

“I was in the left side of the fairway and hit a poor second shot that I saw landed in the grass and kicked right, and it went in the water,” he explained. “I honestly didn’t think too much about it because it barely misses the bunker, kicks right, goes in the water. So in my head I’m not thinking, ‘oh, did that cross or not’.

“I just wanted to make sure that that drop was fine with the guys, and none of them really saw it. So we decided to bring in the rules official and I don’t know what kind of video footage they were looking at but maybe the camera tower behind the green and he was saying from his angle it looked like it hit the kind of the wood, which was in the hazard.

“I was a hundred percent confident it did not hit the wood, but when he said that that video footage was not a hundred percent decisive, then I didn’t really have much more of a say, But, luckily, someone with PGA Tour Live said they had evidence that it hit on the grass and then bounced in and crossed the hazard.”